Allison Aubrey, Correspondent for NPR News, will be speaking at Food Tank’s fourth annual Washington, D.C. Summit, “Cultivating the Next Generation of Young Food Leaders,” which will be held on February 28, 2018 in partnership George Washington University, the World Resources Institute, the National Farmers Union, Future Farmers of America, and the National Young Farmers Coalition.
Aubrey, NPR News Correspondent, is an award-winning journalist who has extensively covered issues related to food and health, including food waste, pesticides and pollinators, and nutrition. Her accomplishments include—but are not limited to—James Beard Awards for best television segment and group food blog, as well as the American Society for Nutrition’s Nutrition Science Media Award. Allison’s work has been featured on NPR’s Morning Edition, All Things Considered, and The Salt, as well as the PBS NewsHour.
Food Tank had the opportunity to speak with Allison about her hopes for a healthier food system.

Food Tank (FT): What innovations in agriculture and the food system are you most excited about?

Allison Aubrey (AA): I’m excited to see initiatives that aim to make fruits and vegetables at farmers markets more affordable and accessible to low-income Americans who are at higher risk of lifestyle-related diseases such as type-2 diabetes.

AA: We tend to think of our 24/7 society as an opportunity to pack more into our lives, but I think our grandparents were lucky to escape this. Our 24/7 society has ushered in a culture that can wreak havoc on our circadian rhythms and promote obesity. So, next time you think about ordering pizza at two in the morning, or staying out until the bar closes, consider that. And when we don’t get enough sleep, we get the sleep munchies!

AA: There are lots of efforts underway to reverse the decline in pollinators, which are critical to our food supply.

AA: Part of my job is to give a voice to people in the food system, many of whom we don’t usually hear from. For instance, the story of a Guatemalan coffee farmer I met in who saved her farm—and helped her workers—by changing the way she sells her beans or the story of fast food workers who have rallied for higher pay.

AA: Too many Americans eat too many calories but don’t get enough micronutrients. Changing peoples’ habits isn’t easy, but there are lots of ways to encourage healthier choices, such as workplace wellness initiatives, nutrition education for young children (such as this program by Share Our Strength), cash incentives for healthier purchases, diabetes prevention programs, and restructuring SNAP (formerly known as food stamp) with incentives for buying fruits and vegetables. I’m not endorsing any specific program, but these are examples of the types of efforts that show promise in nudging Americans’ to healthier lifestyles. 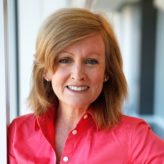 Allison Aubrey is Food & Health Correspondent for NPR News and a contributor to the PBS NewsHour. Along with her colleagues at The Salt, NPR’s food vertical, she uses food as a lens to explore key issues of the day – from climate change to food justice issues. The aim is to reveal how food connects us to each other, culture, history, politics, science and more. Aubrey has won numerous awards including the American Society for Nutrition’s Media Award, a National Press Club Award for Consumer Journalism. She is a 2016 winner of the James Beard Award for Best TV Segment.  She’s a Kentucky native, and a graduate of Denison University and Georgetown University. She lives in Washington, D.C. with her husband and three kids.