Jackie Turner is an ecologist and filmmaker currently producing the documentary Bananageddon The Film, which addresses issues facing bananas and their production. She hopes to encourage consumers to demand improvements in the way our food is produced and to empower workers.

Over 16 million tonnes of bananas are exported worldwide each year, and the United States is the top importer. According to the U.S. Department of Agriculture (USDA), bananas are the most popular fresh fruit and the average American consumes over five kilograms (11.4 pounds) annually. However, the most common variety of banana, the Cavendish, is being wiped out in Asia by the fungal disease Tropical Race 4 (TR4) and in Africa by a bacterial disease called Xanthomonas wilt. 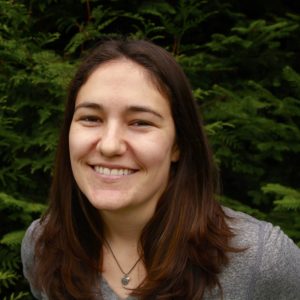 During college, Turner spent time living on a banana plantation and earned a dual degree in environmental and film studies. After working in television in Los Angeles, she returned to academia where she is currently working on a Masters in applied ecology at Imperial College London. Her documentary will examine issues with monoculture agriculture, human rights violations, and crop disease while presenting small-scale production solutions based on agroforestry and sustainable practices.

Food Tank had the opportunity to discuss issues facing bananas, including the production system and laborer concerns, with Jackie Turner.

Food Tank (FT): How would the extinction of the Cavendish effect people, including those who grow them?

Jackie Turner (JT): The safest answer I can give is that we don’t know how a crop extinction of this magnitude will impact people in different parts of this food system. We do know that millions rely on the banana industry, both directly and indirectly, as their main source of income. The good that may come out of it would be the release of thousands of acres of land, potentially, to be reacquired by local people for small-scale and more environmentally friendly agriculture. But after years of being doused with chemicals, the land may not recover quickly enough to provide for the livelihoods of those who would be farming this land. As for consumers, the disappearance of bananas may go nearly unnoticed. They aren’t crucial to our nutrition or survival, and the market is fluid enough that other food trends could likely fill that gap. But that’s the cynic in me talking. As a filmmaker, I hope that people realize we can still have this fruit in our lives. We just have to eat a lot less of it, change our expectations, and revise the system that delivers it to us.

FT: The Cavendish has dominated the international banana market for over 60 years. Why is it only now facing issues? 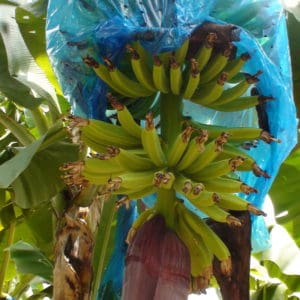 JT: I would argue that the Cavendish has always faced issues, as do most monoculture systems. For a very long time, the banana industry was able to stay ahead of the disease through improved hygiene and anti-contamination protocols that slowed the spread of Tropical Race 4 (TR4). Banana plantations have been using ever-increasing amounts of chemicals since the introduction of the Cavendish as its pests grow more and more resistant.

FT: Before the Cavendish’s rise, the Gros Michels was the most common banana variety, which declined due to the same problems faced by the Cavendish. Why didn’t banana producers learn from their mistakes?

JT: Banana producers will tell you that they learned a lot from the demise of the Gros Michel. As I mentioned earlier, the corporations were able to figure out new procedures to prevent contaminations across plantations. Gros Michel’s fall also coincided with a boom in the food industry where technology was being heralded as the driving force behind human progress. The deadly chemicals left over from World War I were conveniently adapted into agricultural tools.

FT: If the Cavendish are facing extinction, why not switch to a different variety of banana for mass production?

JT: Switching to a different variety is Plan A, according to researchers, who have been trying to develop new banana varieties for decades. Interestingly, the group you would think would be the most invested in this, the banana corporations, closed their banana variety laboratories in the 1980s citing chemical suppression of Cavendish’s enemies as the way forward. Private researchers are still trying to find that ideal banana variety, but it’s more complicated than it seems. Cavendish is ideal for mass production because of a variety of qualities. Essentially the entire banana industry, worth billions, has been planned around how long it takes Cavendish bananas to grow and ripen, as well as their size (banana packing boxes are made to cradle bunches of nearly exactly the same size).  A new variety must be resistant to TR4, resistant to bruising, grow relatively quickly, ripen slowly but not too slowly, appear appealing to consumers, and require the same or fewer workers and resources to produce, so banana executives can keep their bottom line intact. I will point out that taste is nowhere on that list.

FT: Bananas impact nutrition and diets around the world, but their production also has negative health effects on local laborers. What problems do banana workers face? 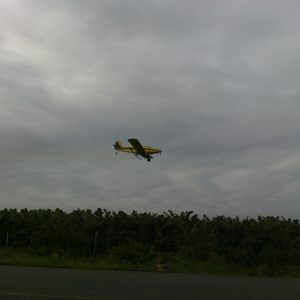 JT: There’s no question that banana laborers have been exploited, often to deadly ends. Twenty, thirty years ago, workers were applying some truly awful stuff, by hand, often with zero protection, to the banana plants. These awful chemicals—banned in the United States because they made workers in U.S. chemical plants sterile—continued to be used, even after many banana workers reported being sterile. Today, a group of workers from Nicaragua is involved in a lawsuit with Dole over their resulting health issues, but Dole has a lot more resources than workers in third world countries do. It’s hardly a fair fight. Today, the chemicals are supposedly safer, but I still met many men who wanted children but reluctantly told me they hadn’t been able to have them with their spouse. Maybe we won’t know the full effects of this round of chemicals for another twenty or thirty years? It seems like a huge risk to take. Today, banana workers still apply chemicals without protection and the crop-dusting planes drop chemicals sometimes three to four times a week on the plantations, Many workers’ homes sit right on the edge of those plantations, where the wind carries the chemicals onto their roofs.

FT: What are smallholder farmers doing differently that can save bananas and improve laborer health?

JT: There are smallholder farmers out there growing different varieties of bananas. Since diseases are often evolved to target one type of banana, this diversity helps protect these bananas from disease, which means growers can use far fewer chemicals. Bananas can also be grown in agroforestry systems, which can provide not only biodiversity, but agrobiodiversity and a diversity of income. Growers can grow fruit bearing trees like cacao in these systems, as well as larger timber trees to be harvested periodically over long periods of time. 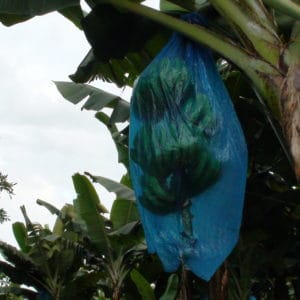 FT: How can smallholder banana producers compete with large multi-national corporations and break into international markets with new banana varieties?

JT: This question is the core of our film, and I’ll admit we don’t yet have the whole answer. I think a lot of it will have to come down to changes in consumer expectation and demand. We’ve already seen extraordinary shifts in the food industry in the directions of organic and fair trade. Can we expect that consumers may one day want dehydrated date bananas? I hope the answer is yes.