In 2016, Sri Lankan President Maithripala Sirisena published an ambitious three-year agricultural plan to build a ‘toxin-free nation.’ The plan reimagines the country’s agricultural future based on the principles of agroecology: an approach which prioritizes sustainable and people-centered practices over corporate profit. The plan speaks of prohibiting agrochemicals, promoting the use of traditional seeds, subsidizing organic fertilizers, promoting smallholder farming, and improving irrigation systems. Alongside this, the Ministry of Agriculture’s National Food Production Programme 2016-18 also commits the country to a vision of agroecological farming. This includes working towards self-sufficiency in agricultural production and minimising the use of chemical fertilizer and pesticides.

This new agenda comes at an important time in the country’s agricultural history. Once known as ‘the granary of the East’, Sri Lanka’s food production has suffered over recent decades, with civil war, natural disaster, and failed policy all contributing to a fall in domestic food production and a rise in imports. For many farmers, the promises of the Green Revolution—the period in the 1960s when countries like Sri Lanka sought to increase agricultural productivity through modernization—have failed to materialize. Worldwide, the Green Revolution introduced new varieties of high yielding seeds, irrigation schemes, new farming technologies, chemical fertilizers, and other agrochemicals. But in doing so it increased the grip of large-scale agribusiness over the world food system. Power moved towards corporate mega-farms, seed companies, and chemical companies at the expense of small-scale farmers.

In many ways, the President’s agricultural plan is an acknowledgment that this path has failed to deliver, and a blueprint for a system of food production which puts farmers, not companies, back in control. In a show of intent, the government decided to provide cash subsidies to farmers for fertilizers in 2015. Prior to this, the subsidy was given in the form of chemical fertilizers—restricting the choice of farmers to use alternative organic methods.

However, in most cases, the Presidential commitment hasn’t yet translated into government policy. The Sri Lankan government remains largely committed to models of economic development based on large-scale commercial agriculture. The President’s agroecology ambitions are not shared by all within the government—and there is a significant division between those who support smallholder-led agroecology and those committed to agribusiness policies, including the use of chemicals. In his 2017 budget speech, the Minister of Finance laid bare the government’s ambition: “our government is determined to support agriculture to transform itself from … subsistence agriculture to commercial agriculture.”

Within this environment, many small-scale farmers feel that the government does not prioritize nor have a dedicated strategy to support them. Some also speak of the government’s contradictory policies, whereby it will support or argue for sustainable agroecological practices but at the same time provide subsidies for chemical fertilizers.

In many parts of the country, small-scale farmers continue to face significant threats from tourism development and policies which prioritize agribusiness or commercial development. The massive Yan Oya irrigation project in Sri Lanka’s Eastern Province has been criticized for destroying 5,400 hectares (20.8 square miles) of farm and forest land and displacing more than 340 families, for example. The project aims to irrigate 650 hectares (2.5 square miles) of new paddy land, but critics say that it will destroy 1,727 hectares (6.7 square miles) of existing paddy land in the process. Only a quarter of the displaced families have been provided alternative land, and without adequate infrastructure facilities. The budget speech restates the commitment to this and similar projects, saying it will “accelerate” them despite the criticism.

The battle between the rights of smallholder farmers and commercial interests is exemplified in the ongoing debate about glyphosate, a chemical herbicide which was first introduced in the 1970s by agribusiness giant Monsanto via its Roundup weedkiller. In one of his first acts as President, Sirisena placed an immediate ban on the import and use of glyphosate in 2015—a response to concerns that the chemical was linked to health problems for farmers. In particular, Sri Lanka has a serious problem with chronic kidney disease which is estimated to affect 15 percent of the working age population in the north of the country and to kill 20,000 people annually.

There is a lack of international agreement about the dangers that glyphosate poses to human health. The European Chemicals Agency has assessed that “the available scientific evidence did not meet the criteria to classify glyphosate as a carcinogen, as a mutagen or as toxic for reproduction.” But a review by the International Agency for Research on Cancer (part of the World Health Organization) classified glyphosate as a “probable human carcinogen.” The review also linked glyphosate to kidney disease in laboratory animals.

But there are signs that those in charge of Sri Lanka’s food production are not ready to cede control. The ban was met with a backlash from tea estates where glyphosate is widely used, and the Ministry of Plantation Industries is now considering relaxing the ban for use in the estates. Civil society organizations like the Movement for Land and Agricultural Reform are calling for the ban to remain in place, arguing that it is necessary to protect the rights and health of farmers and plantation workers.

If the ban is revoked, it will be a blow to the vision of a toxin-free Sri Lanka and to the voices in the country who seek to leave the Green Revolution behind. 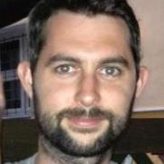 Ben O’Hanlon is a freelance writer based in London. He has an MA in International Relations and Development Studies from the University of East Anglia. Ben has researched food production in Ghana, Kenya, and Sri Lanka, learning about the experiences of small-scale farmers. He is a lover of travel, US literature, and dogs.

Live Webinar: Unravelling the Food-Health Nexus with the Global Alliance for the Future of Food