Home » Op-Ed » How Can Consumers Eat Well Without Wrecking the Planet?

Can fixing dinner fix the planet?

This is the question posed by Jessica Fanzo, the Bloomberg Distinguished Professor of Global Food Policy and Ethics at the John Hopkins University. It is also the title of her new book, which examines the links between food, health, equity, and the environment.

In her book, Fanzo argues that three of the biggest problems that we face in the 21st century—the burden of costly chronic diseases such as diabetes, climate change and environmental degradation, and the massive economic and social inequities within and among nations—are all directly related to the food we eat.

Followers of the debate about the agri-food system’s role in the world’s global ills would be familiar with the doomsday headlines. Acute hunger is set to soar in over 20 countries in the coming months without urgent and scaled-up assistance, the U.N. Food and Agriculture Organization and World Food Programme warned back in March. At the same time, many nations, including developing economies, are grappling with the opposite problem of obesity, which is linked to a higher incidence of diabetes, heart disease, and cancer.

While the world is at a “critical juncture” when it comes to course-correcting the problems we face, there are substantial opportunities for equitable, healthy, and sustainable food systems if we can translate high-quality science into policy “faster than ever before,” Fanzo argues.

“I’m optimistic in light of the many scientists and inventors around the world who are helping course correct the problems we face, putting us on the right track,” she writes. “Your decision to put that bunch of bananas—or beef or sugar or palm oil products—in your shopping cart has a butterfly effect. It may seem like a trivial decision but it impacts the global food system, the people that shape and rely on it, and the environment that supports it.”

Fanzo is one of the panelists taking part in Pinduoduo’s Food Systems Forum, to be held on July 14-15, in a session titled “How Can Consumers Eat Well Without Wrecking the Planet?” Joining her on the panel are David Yeung, founder of the plant-based lifestyle platform Green Monday Group, and Professor Christiani Jeyakumar Henry, a senior advisor to the Singapore Institute of Food and Biotechnology Innovation (SIFBI). Moderating the session is Food Tank President and Co-Founder, Danielle Nierenberg.

Yeung recently appeared on CNN Business where he announced OmniFoods, the Hong Kong plant-based startup under Green Monday, will launch a new line of plant-based fish fillets, fish burgers, and cuts of tuna.

Made from soy and rice, the new products are expected to hit restaurants in Hong Kong in June, with plans to roll out the products to retailers and overseas later this year, he tells CNN. “It is very much the major white space that has not been tapped,” he says. “Everyone has been obviously focused on beef, chicken, pork.”

OmniFoods is among the raft of startups backed by venture capital money that is creating a new generation of plant-based alternatives meant to taste like real meat. OmniPork, the company’s plant-based pork substitute, is sold by McDonald’s in China.

But the growing popularity and availability of meat substitutes raises the question of whether they are good for human health. To try to quantify the impact, Pinduoduo is teaming up with SIFBI to conduct a study that aims to determine the nutritional impact of replacing traditional animal proteins with plant-based proteins.

“As Asian consumers become more educated and affluent, and hence demand more plant-based proteins, many food and nutrition companies are responding by developing alternative protein food products,” says Henry, who is the principal investigator for the study. “Human nutrition is a complex field, and we need more studies that look holistically at the nutritional impact of these food products over time, to inform the food industry of its potential benefits or the need for reformulation.”

To learn more about this issue, join Food Tank and Pinduoduo at 10:00AM EDT on Wednesday, June 14, 2021 for the virtual panel, “How Can Consumers Eat Well Without Wrecking the Planet?” Experts will explain the actions we can take to ensure consumers can eat healthily and do right by the planet. Register now by clicking HERE. 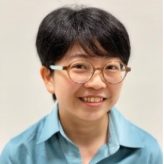 Xin Yi Lim is Executive Director, Sustainability and Agricultural Impact at Pinduoduo. She is responsible for Pinduoduo’s international corporate strategy efforts and innovation in sustainability and agri-tech.

Traditional Knowledge and the Babassu Breakers