In the northern region of Brazil, the quebradeiras of babaçu, or the babassu women breakers, have overcome many challenges. They face extreme poverty, violence and more recently, the horrors brought by COVID-19. But these women are resilient, and they continue to reshape the cycle of extraction and production of the babassu.

The work is arduous, but the babassu has been an integral part of the local diet and a valued source of revenue for the communities living by the banks of the Tocantins river. Babassu is a coconut-like fruit that can be used in its entirety. The quebradeiras can produce milk from the babassu nuts and flour from the fruit mesocarp. The fruit’s peel can be used as coal for cooking. The most significant return for the babassu collection comes from production of oil, made from the babassu nuts.

To extract these nuts, the breakers have to beat the fruit with the help of a wooden shaft, until the babassu breaks apart. This method was originally inherited from the Indigenous populations and it has been passed along through generations, but only to the women of the communities. Hence the name women breakers. The breakers work in groups, singing their songs as they walk together toward the reservation fields, and when they sit around their straw baskets filled with the babassu, beating on their shells until they crack them open.

In the 1990s the quebradeiras started to receive support and guidance from nonprofit organizations interested in helping traditional rural communities in the region. This facilitated the formation “breakers associations” and the establishment of cantinas distribution centers that also function as a marketplace for the quebradeiras. This is where the quebradeiras are able to receive a fair value for their production.

Ten years ago, Guilhermina Cayres, a lead researcher at Embrapa—Empresa Brasileira de Pesquisa Agropecuária—launched a program to support traditional culinary knowledge as a tool for social change. The program entails continued training for the workers and institutional support. It also enabled them to secure funding to open a small factory in a village in the state of Maranhão. This factory is owned by one of the associations of quebradeiras, the Quilombo Pedrinhas Clube de Mães.

Cayres has been working closely with the the quebradeiras. The women received professional training and learned production techniques that enabled them to expand the business. They joined the PNAE—Programa Nacional de Alimentação Escolar—a program that links local producers to public schools, and before classes were suspended, due to Covid-19, the factory was providing bread and biscuit made from babassu flour for school meals.

Last year, the women from Quilombo Pedrinhas Clube de Mães started a new venture. Relying on the growing tendency among chefs and culinary enthusiasts that support sustainable agricultural practices, they decided to start a line of products made from by-products of babassu to cater to a more sophisticated market. The association started to work with a consultant and a chef. Their goal is to establish better standards in production practices and develop products that would fit the requirements of that niche.

Although the quarantine slowed down their activities, they are ready to resume the testing phase for biscuits and ice-cream. The Quebradeiras’ dream is to bring their delicacies far beyond the limits of the Tocantins-Araguaia Basin, where the native fields of babassu are located. When asked about their goals, they all agree: “First, we want to take our products to Maranhão and São Paulo and then the USA and Europe.”

Initiatives such as Cayres’ are not common-place in Brazil. Traditional rural communities are often unable to tap into the natural resources of the land. These communities are being deprived not only of the nutritional value of their foods, but also a source of income. Moreover, the exclusion of these foods from the production chain depletes the ecosystem, impoverishes the diets of the local communities, and often pushes them into a situation of vulnerability.

The babassu breakers are one example of workers coming together to transform the living standards of a group that still holds precious traditional culinary practices. Today, these women have a sense of pride and empowerment because they are valued for their work. Their loss would be everybody’s loss. The realization of their dream will facilitate access to something delicious in return.

Today, the associations of quebradeiras of babassu receive legal protection as intangible cultural property. “They hold traditional and practical knowledge and access to the proprieties and uses…associated to the genetic patrimony of Brazil.” 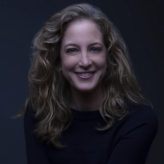 Simone Klabin is the author of Food and Drink Inforgraphics: A Visual Guide to Culinary Pleasures (Taschen, 2018). A Brazilian lawyer, passionate about cultural heritage and food, she believes in the power of story-telling as an effective transformative instrument. Simone is now researching her next book project, about the delicious – and little known flavors – of neglected crops in traditional communities around the world

How Can Consumers Eat Well Without Wrecking the Planet?