Bonnie Haugen and her family run a grazing dairy farm in Southeastern Minnesota. She recently spoke about the impacts of corporate concentration on her community in front of the House Committee on Oversight and Reform: “When we bought these acres 29 years ago, there were about 12 dairy farms within a three mile radius of us. Now, there’s only one other dairy with approximately 400 cows aside from us. What I’ve seen in my community mirrors national trends: the pressure of corporate ag has taken a fair opportunity away from my neighbors who wanted to keep or pass on dairy farming.”

Squeezed by inflation that is pushing up the cost of both everyday goods and farm inputs, Midwest farmers increasingly support candidates committed to busting up corporate monopolies in food and farming. Minnesota Attorney General Keith Ellison, for instance, in a tight re-election race against Republican opponent Jim Schultz, has led the charge on tackling anticompetitive practices in the agricultural sector that are contributing to inflation.

“Three of my grandkids ages 8, 6, and 3 want to farm,” continued Haugen in her July 2022 statement, “I want them to have the opportunity to farm without being a serf to corporate ag.” Haugen is a supporter of the Land Stewardship Action Fund (LSAF), dedicated to electing leaders that promote family farming and strong rural economies.

Farmers don’t just grow food, of course; they also consume food–and all manner of basic goods. This means farmers are doubly squeezed by the higher cost of both production and consumption. On the consumption side, farmers and non-farmers alike have felt the increase in living expenses; grocery prices, for instance, are up 13 percent from a year ago. With a few large firms dominating every step in the food chain—from retailers like Walmart to processors like Nestle to seed and chemical giants like Bayer—consolidation is a major contributor to high food prices.

The Midwest has been beset by precarious farm incomes for decades—dipping into the red more often than not, which means assuming more and more debt. As food analyst Ken Meter points out in his book Building Community Food Webs, between 1996 and 2017, growing corn resulted in an aggregate loss of US$524 per acre while cumulative losses for wheat farmers totaled US$1,236 per acre.

“The commodity system draws wealth out of rural communities,” Meter said. “Over the past century, farmers have really only made money when there was some external crisis, such as the oil crisis of 1973, the global housing finance crisis of 2008, and the war in Ukraine. Otherwise, net income keeps falling even as food prices rise for consumers. But the monopolies in the middle profit every year.”

A new report from Midwest Healthy Ag confirms that Midwest farmers are struggling under the weight of rising costs, including for fertilizers, diesel, and renting land, combined with decreased income from selling milk, grain, and other products. One farmer interviewed for the report said, “Increased fuel prices, along with decreased price for a bushel of corn make me doubt I can survive after 2021.”

While corporate concentration in agriculture has gone relatively unchecked for decades, food cost inflation has brought the issue front and center. “Corporate profiteering and out-of-control consolidation by big agricultural firms have led to increased prices at every point on the food chain, from the farm to the grocery store,” said Representative Mark Pocan (D., WI—2nd) in a statement announcing the Food and Agribusiness Merger Moratorium and Antitrust Review Act of 2022.

Agriculture Secretary Tom Vilsack has also disparaged corporate concentration in agriculture: “Highly concentrated local markets in livestock and poultry have increasingly left farmers, ranchers, growers, and producers vulnerable to a range of practices that unjustly exclude them from economic opportunities and undermine a transparent, competitive, and open market—which harms producers’ ability to deliver the quality, affordable food working families depend upon,” said Vilsack.

Vilsack’s statement was made in September 2022 as President Biden announced a new US$15 million fund to ramp up collaboration between the USDA and State Attorneys General on enforcement of competition laws, such as the laws against price-fixing. The news follows a December 21, 2021 letter to Secretary Vilsack from a bipartisan coalition of 16 attorneys general offering recommendations for improving competition in the livestock industry.

“One of the ways corporations keep profits high at consumers’ expense is by creating unfair markets where there’s no meaningful competition,” said Minnesota AG Keith Ellison, who spearheaded the letter, “This is especially true in agriculture, where farms and farming communities often face artificially high prices and struggle to afford their lives because antitrust behavior by Big Ag deliberately leaves them with few choices.”

Randy Krzmarzick, a row crop farmer and LSAF supporter in Sleepy Eye, MN, commented, “I’ve been farming some 40 years and I’ve seen continued consolidation in all parts of agriculture, fewer companies that supply our products and buy our commodities.” When asked why he’s planning to vote for Keith Ellison, Krzmarzick said, “I think it’s important to have an attorney general who’s watching out for abuses and who’s on our side—the side of family farmers, of which there’s less and less of us all the time.” 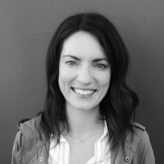 Tanya Kerssen is based in Minneapolis, MN. She is a Co-Director of Real Food Media and the author of Grabbing Power: The New Struggles for Land, Food, and Democracy in Northern Honduras.