Philadelphia has achieved what many believed impossible when the city council voted 13-4 to approve a 1.5 cents-per-ounce tax on all sugar-sweetened drinks, including diet beverages. Although controversial, Philly’s soda tax is expected to raise US$91 million per year in revenue that will be reinvested into city programs.

The Philadelphia soda tax had failed twice to pass the city council vote, but Mayor Jim Kenney approached the idea differently this time. Rather than pushing for the soda tax as part of a health initiative, he is using it as part of a plan to address some of the financial woes plaguing the City of Brotherly Love.

Philadelphia suffers from a 26-percent poverty rate, one of the highest among America’s largest cities. More than 180,000 of its citizens, many of them children, live in deep poverty; which is defined as having an income below half of the federal poverty level by The Institute for Research on Poverty (IRP). Mayor Kenney took office in January 2016, citing poverty reduction as his top priority.

Kenney has pledged to use the soda tax revenue to finance universal preschool as part of a measure aimed to reduce poverty in the city by strengthening the educational system. Money raised from the soda tax will also be used to fund community schools and projects, including renovations to parks, recreation centers, and libraries. He states, “People understand pre-K. They understand community schools. They understand that their parks, recreation centers, and libraries need to be restored.”

The tax is not intended as a health measure, “Americans generally reject other people telling them what’s healthy for them, so we tried to stay away from that.” Kenney says. “Our intention was to reduce the level of poverty for our city, and we can do that through education.”

Any health benefits achieved through the tax would certainly be a bonus to Philadelphia citizens. According to a U.S. Centers for Disease Control and Prevention (CDC) report, more than 68 percent of adults and 41 percent of children between the ages of six and seventeen in Philadelphia are overweight or obese.

The increased interest in soda taxes coincides with a study published in May by the JAMA Pediatrics, a monthly peer-reviewed medical journal published by the American Medical Association covering all aspects of pediatrics. The study, “Association Between Artificially Sweetened Beverage Consumption During Pregnancy and Infant Body Mass Index,” found that children from mothers who drank diet soda and other artificially sweetened drinks while pregnant were twice as likely to be overweight at age one.

Although Berkley, California, passed a soda tax in 2014 as part of a health initiative, Philadelphia is the first major U.S. city to pass such a tax in the name of the public interest. Many other cities are waiting to follow suit—San Francisco, Oakland, and Albany, California, as well as Boulder, Colorado, have similar soda tax measures on their ballots this upcoming fall. 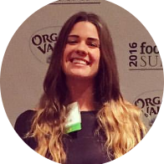 McKenna is the former Editorial Director for Food Tank. She holds an M.A. in Food and Agricultural Law and Policy from Vermont Law School and a B.S. in Public Communications from the University of Vermont. She currently resides in Vermont and enjoys yoga, snowboarding, hiking, and swimming in her free time.