Home » Op-Ed » The Tea Industry: A Model for a Sustainable Future

First discovered 5,000 years ago in China, tea is the most consumed beverage in the world, besides water, and more than half of Americans drink tea on a daily basis, according to the Tea Association of the USA. Drinking tea lends numerous health benefits from antioxidants, flavonoids, and polyphenols. While iced tea was introduced in 1904 and is still popular today, hot tea sales, specifically high-quality specialty tea, have grown steadily in the past several years. Consumers are increasingly interested in fair trade, organic practices, and sustainable farming.

Tea purveyors such as the Dachi Tea Company are responding to this demand. While taking Chinese language classes in Taiwan, Nicholas Palumbo and Simon Thomas, co-founders of Dachi Tea, realized they both shared a love for the tea ritual. Locating a hillside on the outskirts of Taipei, they brought in master growers and started a crowdfunding campaign to create their tea company.

“The concept is like chocolate,” Palumbo explained. “That’s bean to bar. This is leaf to cup. It’s a purer experience when you understand the product you’re consuming and where it’s from.”

Palumbo and Thomas are just one example of a recent trend in the tea industry—cutting out the middleman. Many company owners are going directly to the source and working with farmers to ensure an unadulterated product in a healthy environment.

Five Mountains Tea, for example, is operated by Jason Creech and Jeff Dorchaide, the co-founders who originally met each other as monks studying in Southeast Asia. They source their heirloom organic tea in the Lin’Cang region of China’s Yunnan province. They also operate without a middleman by directly purchasing from the farmers and packaging the product in biodegradable packaging.

“Fine teas require a delicate ecosystem and they cannot flourish without a healthy environment. Sustainable growing practices and organic farming methods both play a crucial role and have an intimate relationship,” said Creech. “This is why [our] signature teas are certified organic provincial heirloom varietals, biodiversely grown and sustainably hand-harvested from ancient virgin rainforests.”

Whether white, green, black, or herbal, not every tea is made from the same plant, Camellia sinensis. Cat Spring Yaupon Tea, based outside Houston, Texas, “sustainably wild-harvests” what is technically an invasive species—yaupon. It is the only known caffeinated leaf on North American soil.

“We like to say it’s ‘Texan’ for tea,” Abianne Falla, the company’s co-founder, says. “Texan isn’t a language and it’s not really a tea but it kind of explains what we do.”

A member of the holly family, yaupon is picked and dried like other teas but doesn’t have the same bitter tannins so it can’t be over-steeped. Many people don’t realize it’s a different plant because the taste is familiar. Restaurants in Falla’s area like it for that reason—they make a pot and it lasts all day. No excess waste.

While the company is U.S. Department of Agriculture (USDA) certified organic and striving to grow yaupon without harming the surrounding eco-system, they also created a Working with Dignity program. The program offers jobs to people exiting the criminal justice program, as well as sex-trafficking survivors, with the goal of helping them transition into other meaningful employment.

“Sustainability is more than just land. It’s about people, too,” Falla says. “Lots of people don’t have a reference looking for a job. We want to be that for them.”

Another sustainable not-quite-tea operation is the Graviola Tea Company, single-origin and based in New Mexico. They directly source leaves from the soursop fruit trees in the Samosir region of Sumatra, Indonesia. Soursop, also known as graviola, is “widely consumed throughout the world and has been known to Europeans since the 1500s,” as co-founder John Krehbiel stated in a recent email. They partnered with a non-government organization in Sumatra to make sure island life remains sustainable.

“Eight families already have a better income and they take more care of the environment,” said Thomas Heinle, co-founder of Graviola with Ratnauli Gultom and Krehbiel. “For the farmers, this is an additional income which they can spend on education for their children, make their houses better, and other things.”

Small, family-owned tea companies like these have been changing the industry by connecting the tea drinker to the tea farmer. Because consumers have noticed, so have the large corporations. Unilever, with product lines like Lipton Tea, has been growing their Sustainable Living brands for the past six years, which has seen a 50-percent increase since 2016, according to a company press release. They are also working in conjunction with other major industry brands like Twinings and the Ethical Tea Partnership on identifying key challenges and creating a shared vision for a sustainable future with Tea 2030.

Cindi Bigelow, President and CEO of Bigelow Tea, the company her grandmother founded in 1945, has been personally in the industry for the past 30 years. She said their dialogue started 15 years ago about the kind of environmental imprint they leave. Since then, they have incorporated recyclable materials, an organic line of teas, composting, and solar power.

“Sustainability means being in the business a long time and taking care of the earth so the plants can be strong,” Bigelow says. She explains that not all tea gardens are created equal, producers must understand where their products are coming from and create long-term relationships with growers.

“Make sure you take care of your people and your product,” Bigelow says. “That’s how you have a sustainable industry.” 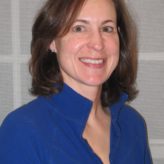 EILEEN WEBER has been a freelance writer for several years with a master’s degree in journalism and a professional background in publishing. She has written numerous articles for magazines, newspapers, newsletters, and websites. Eileen loves to travel, cook, and entertain. When time allows, she writes her own blog about food and occasionally a little wine. She lives in Connecticut with her husband, three daughters, two dogs, and a whole lot of chaos.