Home » Op-Ed » Vote With Your Turkey: How Your Holiday Purchase Can Save Lives

Families across the United States are getting together this holiday season to enjoy each other’s company and pass plates of turkey, mashed potatoes, and cranberry sauce. It’s a time to be thankful for our health and the health of our loved ones.

With all of the holiday meals comes the opportunity to acknowledge and address the fact that how we produce our food affects our health and well-being.

Industrial farms overuse antibiotics to produce much of the meat that enters the American food system, serving as a prominent example of how the food system can negatively impact our health. Past surveys show that 86 percent of Americans eat turkey at Thanksgiving. For those getting ready to cook up their holiday bird, there may be a surprise ingredient on the menu: antibiotic-resistant bacteria.

A 2013 analysis by Consumer Reports found that among samples of ground turkey purchased at retail stores, 90 percent of them contained at least one of five bacteria that the analysis tested for, including E. coli and Enterococcus—bacteria that can cause foodborne illness. Nearly all of the bacteria found in these samples displayed resistance to at least one of the antibiotics typically used to treat infections that they cause.

Antibiotic resistance is one of the most pressing threats to global health. According to the Centers for Disease Control and Prevention (CDC), antibiotic-resistant infections kill at least 23,000 Americans annually. Without swift action, this number will likely rise; one estimate states that by 2050, drug-resistant bacteria could kill 10 million people worldwide every year.

Despite warnings from the World Health Organization and the American Academy of Pediatrics, industrial farms continue to misuse antibiotics. Approximately 70 percent of the antibiotics important to human medicine sold in the U.S. are for use on livestock and poultry. Instead of using these medicines solely to treat disease, meat producers administer antibiotics routinely to keep animals from getting sick in unsanitary, crowded living conditions. This misuse of the drugs breeds bacteria resistant to antibiotics, which are commonly referred to as superbugs, and can cause illnesses that are difficult and sometimes impossible to treat.

Turkey producers are no exception to the rampant misuse of antibiotics common in the meat industry. In a 2015 survey by the Food Animal Concerns Trust, 10 out of 12 of the largest U.S. turkey producers responded that they allow the use of medically important antibiotics for disease prevention, a practice that can fuel drug-resistant bacteria. Both the USDA and the FDA have found that bacteria present in retail samples of turkey meat are more resistant than bacteria found in other animal species.

The industry estimates that Americans eat approximately 40 million turkeys on Thanksgiving and another 22 million turkeys on Christmas. Consumers have an opportunity this holiday season to help move turkey producers away from misusing important, life-saving medicines. As you’re shopping for your holiday turkey, or any other meat for that matter, keep an eye out for meat raised without antibiotics.

If you support producers that raise turkeys without the routine use of antibiotics, you’ll not only help protect your family’s health, you’ll also help preserve the foundations of modern medicine.

Thank farmers who raise animals without routine antibiotics this holiday season! Share this video on Twitter or Facebook and help raise awareness about antibiotic use in our food system. 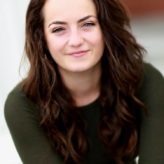 Shelby Luce is the Antibiotics Fellow for U.S. PIRG and works on its campaign to reduce antibiotic use in industrial farming. As the Antibiotics Fellow based in Boston, Mass., Shelby’s main focus is working to convince corporations to stop serving meat raised with the routine use of antibiotics. She works to build relationships with champions in the food industry, health professionals, influential members of the government, passionate students and activists, and forward-thinking farmers.

L.A. Chargers Team Up with L.A. Kitchen for “The One Table Pledge”