Gleaning is an ancient practice, dating back centuries to when farmers were told to leave a portion of their harvest behind for the less fortunate. Today, with increased attention on food waste and the need for fresh produce in local food banks, the act of gathering left-behind produce that is not sellable from farms and farmers’ markets has steadily grown.

According to the U.S. Department of Agriculture (USDA), 30 to 40 percent of the American food is wasted. It is estimated that more than 60.3 billion kilograms (133 billion pounds) of that food is edible. With more than 42 million food insecure people in the United States alone, according to the Natural Resources Defense Council (NRDC), many organizations around the world send volunteers—or gleaners—into the fields and farms of neighbors to pick up the left behind produce for people in need and local charities. In turn, American farmers also can benefit with a small tax deduction for everything they donate.

Food Tank is highlighting 15 gleaning organizations around the U.S. that are impacting local communities.

After the Harvest
In Kansas City, Missouri, After the Harvest brings volunteers together year-round to collect what’s left behind by farmers’ machines and donate them to local food banks, shelters, and soup kitchens. Events are also put on to pay homage to the yearly crops.

Bay Area Food Bank
Along the Gulf Coast, the Bay Area Food Bank brings volunteers together to glean and package the produce into boxes for food bank distribution. Most of the farms are based in Alabama, but offices are also in Florida and Mississippi.

Boston Area Gleaners
Since 2004, the Boston Area Gleaners’ goal is to bring nutritious food to people in need while also helping farmers not waste their produce. In 2016 alone, they gathered more than 400,000 pounds of crops from 53 different farms.

Boulder Food Rescue
In the Rocky Mountain region, the Food Rescue Alliance works with 28 local businesses to donate their unsold produce. Volunteers sort and distribute the food in boxes to more than 40 different food pantries and community centers, all by bicycle, within 48 hours.

Concrete Jungle
Based in Atlanta, Georgia, Concrete Jungle gleans from local fruit trees. From May to November, they bring fresh and otherwise left behind produce to those in need. They also have Doghead Farm where they glean their own produce for donation.

The Gleaning Network of Texas
Based in Dallas, this gleaning network works with local farms and orchards to pick up otherwise wasted food and distributes it to food assistance agencies in the state, only spending US$0.08 per pound of food in order to preserve resources.

GleanKY
With more than 1 million pounds of produce saved over the last seven years, GleanKY, based in Kentucky, sources their left-behind produce from grocery stores, farmers’ markets, and farms, distributing it to more than 80 different recipients like food banks, neighborhoods, and other charities.

Mid-Atlantic Gleaning Network (MAGNET)
Based in the Washington, D.C., area, MAGNET connects farmers in need with volunteers who pick up food from farms and distribute it to lower-income households all along the Mid-Atlantic area.

The Northwest Ohio Gleaning Project
A volunteer base of senior citizens, students, and working professionals pick from area farms and orchards to donate to the Toledo Seagate Food Bank, which services the people of Northern Ohio. For students, community service hours can be earned.

One Island No Fruit Left Behind
Starting in 2004, both California and Hawaii have come together to glean fruits and veggies in their local farms and farmers’ markets. Half of the food collected goes to those in need while the other half is sold as a fundraiser for the organization. In 2008, One Island expanded into Washington State.

Society of St. Andrew
In 2015 alone, The Society of St. Andrew sent more than 32 million volunteers, from Florida to Nebraska, to farmers’ markets and farms to donate to local charities including the Salvation Army. They also host a Potato Project, which redirects more than 20,000 kilograms (45,000 pounds) of imperfect potatoes to shelters and local churches.

Vermont Gleaning Collective
Throughout Vermont, volunteers from the Gleaning Collective come together and glean local farms including Salvation Farms and HOPE, an organization that feeds 600 residents per month in the local area.

Village Harvest California Directory
Focused on California, the Village Harvest Directory hosts a link for every gleaning and food bank in the state. From Healdsburg to San Diego, there are dozens of organizations to get involved with to service individual communities.

To learn more about gleaning, visit Corporation for National and Community Service. 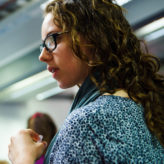 Vote With Your Turkey: How Your Holiday Purchase Can Save Lives