Home » Agriculture » Opinion | On the International Day for Biological Diversity, Consider the Beauty of the Potato

The potato is a gift from Peru to the world, and we will always be its stewards. I first started to learn this when I was an economics student, working on a project to restore old Inca terraces in the highlands of Lima. Just above the city, these are the same terraces where – centuries ago – Inca farmers carefully bred thousands of traditional Andean potato types, which still represent the largest share of this crop’s global diversity. The work of Andean potato farmers continues to this day.

It was a life-changing experience for me to sit on those terraces, eating with farmers under the stunning highland sky. Eating together, but also learning from them about their needs and concerns for the future: their crops, their environment, their livelihoods, their health.

The work of Andean potato farmers continues to this day.

On the United Nation’s International Day for Biological Diversity, therefore, I have potatoes on my mind. The fantastic variety of colors, shapes, and flavors that can be found among Andean potatoes is as beautiful to me as any other diversity in the plant kingdom. And beyond beauty, this diversity is also crucially important to more than a billion people who rely on potatoes as a major part of their diet. It is also a fundamental resource for farmers, in Peru and so many other countries, who grow potatoes for a living.

As an economist, I am concerned when I see such an essential resource being under-valued. Agricultural biodiversity has real consequences – it is the foundation of farming and of the food we all eat. It is this diversity that allows plant breeders and farmers to prepare for an uncertain future, and a climate unlike anything past generations have faced. Climate change has already extended the range of potato pests and diseases into new areas and pushed Peruvian farmers up the mountain slopes into higher elevations. Droughts and floods have placed tighter limits on the growing season, meaning that more farmers have to harvest at the same time, bringing market prices down for all of them. When the times demand adaptation, a less diverse crop is a risk we cannot afford.

Potato breeders need the full diversity of this ancient crop to prepare the potato for a changing climate and shifting disease threats. Too much of that diversity has been lost over time, and more is in danger. Yet potato diversity is spectacularly visible at one special place in Peru: the Parque de la Papa, or Potato Park, which is both a living library and laboratory of agricultural biodiversity established by six indigenous communities near Cusco.

When I visited the Potato Park last year, I was struck by how these stewards conserve their crops and their culture all at once, honoring the countless ways in which the two are intertwined.

I was inspired when I was invited to become part of the global Food Forever Initiative, whose partners include the International Potato Center (CIP), which has been working to conserve and develop more productive and resilient potato varieties for decades, the Crop Trust, and my good friend Alejandro Argumedo of Asociacion ANDES, which is closely involved with the Potato Park. Food Forever is a broad group of biodiversity champions who have come together to speak for the urgency of conserving and using agricultural biodiversity for our collective food security.

I am therefore pleased to say that biodiversity will be firmly at the center of attention later this month when Peru hosts the tenth World Potato Congress in Cusco. More than 800 potato experts will gather here to learn from each other about the conservation, sustainable production, and future potential of this crop. We will be discussing potato diversity as a shared resource for breeders who are adapting the crop to the challenges ahead. But it won’t just be scientific talk; industry leaders will discuss how potatoes can provide farmers with better incomes, health, and all the other necessities of life, while people who educate consumers about the food they eat – chefs, for example – will be sharing ideas about how to revive an appreciation for diversity at the dinner table.

This is a time for potatoes to shine. But it is also a time for everyone to think about the agricultural biodiversity that still exists around us. Wherever you live in the world, and whichever crops have the deepest roots in your soil, it is time to learn: to learn about the shared global heritage of our food crops, to learn from the people who grow them, and ultimately to learn together how we can keep agriculture alive for the generations to come. 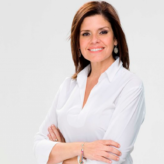 Mercedes is a Peruvian economist and politician. She currently serves as the First Vice-president of the Republic of Peru and as a member of Congress. She has a Bachelor Degree in Economics from Universidad del Pacífico, as well as an MSc in Economics from the University of Miami, where she also was a PhD candidate. In 2006, she was appointed as Minister of Foreign Trade and Tourism. After serving briefly as Minister of Production, she was appointed in 2009 as Minister of Economy and Finance, the first woman in Peruvian history to hold this office. In 2011 she run for President representing the outgoing government party. She served between 2011 and 2015 as the country representative for the Inter-American Development Bank (IADB), in Mexico City.

People Care When They See the Cost: Evaluating Food Systems