A new documentary narrated by award-winning actress Natalie Portman, Eating Animals, explores the economic, environmental, and health impacts of factory farming and its effects on small farmers, consumers, and animals. Based on Jonathan Safran Foer’s book by the same name, the film offers a glimpse into how factory farming has transformed not only the United States, but also the world. The film presents traditional farming as the way forward into the future of farming and agriculture.

The question that the film addresses is, where do our eggs, dairy, and meat come from? The film highlights problems inherent in industrial animal agriculture–animal confinement, inhumane treatment of animals, antibiotic resistance, water and environmental pollution, a lack of transparency, impacts on small farmers–and offers examples of solutions. Eating Animals explores the path towards more sustainable and human farming, including interviews with Niman Ranch’s Paul Willis, Good Shepherd Poultry Ranch’s Frank Reese, and others on the front lines of sustainable agriculture and traditional farming.

The film is a must-see for those who want to learn more about the impacts of factory farming, where their food comes from, and the way towards a more sustainable food future.

Eating Animals will be released by Sundance Selects on June 15, 2018 in the United States. Learn more on the official website, and view the trailer here. 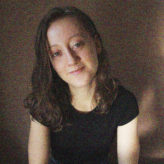 Morgan Murphy is a former Research & Writing Intern with Food Tank, as well as an aspiring herbalist, avid health researcher, and student. She is currently studying anthropology at New York University with a concentration in food studies, health, and policy, and is writing a thesis about organic regulation. Morgan has experience working with nonprofit organizations and works for an herb farmer at her local farmers market. Originally from Missouri, she resides in Brooklyn. In her free time, she enjoys the outdoors, cooking, dancing, and making DIY herbal products.

Opinion | On the International Day for Biological Diversity, Consider the Beauty of the Potato