Canada is one of the biggest wasters of food on the planet. Each year, the country produces 396 kilograms of food waste per capita, amounting to over US$23 billion (CAN$31 billion) in lost product. This compares to only 249 kilograms per capita per year in Mexico.

People waste food throughout the supply chain from farmers’ fields, to grocery stores and restaurants, all the way to the kitchen table. Beyond piling up in landfills, this waste represents lost resources including water, fertilizers, land, and labor. And with more than 860,000 Canadians seeking emergency aid from food banks every month, food waste means perfectly nutritious food is being diverted away from hungry mouths.

Canada has no national policy to address food waste, but that doesn’t mean the issue lacks leadership. In Toronto—Canada’s largest municipality—individuals and organizations are innovating ways to direct food away from the landfill and towards better uses. From online food rescue platforms to ‘ugly’ produce box deliveries, Toronto’s innovators are turning excess food into a social resource—or even a marketable commodity—closing the loop in a highly wasteful system.

“Our future is an opportunity to realize innovative and ambitious goals that will continue to prevent food loss and redirect surplus food to those who need it,” say Tracy Wynne and Debra Lawson of Second Harvest—a leading food rescue organization based in Toronto.

While one city can’t end an entire country’s food waste, Toronto’s citizen entrepreneurs are working to end the problem at the local level.

Here are eight citizen-led initiatives that are leading the battle against food waste in Toronto!

Josh and Ben Walters—two cousins united by their passion for sustainability—describe Feedback as a ‘win, win, win’ for restaurants, consumers, and the Toronto community. The mobile phone app lets customers browse time-specific promotions from restaurants, saving up to 70 percent on their favorite food. Restaurants use the app’s dynamic pricing scheme to maintain a high product turnover throughout the day, meaning less food is left over by closing time. A portion of all sales from Feedback go to Second Harvest, reinforcing the company’s commitment to a socially responsible business model. With tens of thousands of downloads, Josh and Ben have plans to launch the app in other major cities, and eventually across the country.

Founder Chef Jagger Gordon decided to launch Feed it Forward (FIF) after recognizing two intersecting problems—the growing number of people without regular access to healthy and affordable food, and the enormous amount of food that restaurants and other food service organizations throw away. FIF takes excess food from the food service industry and turns it into delicious meals, which he serves to the public every week. Jagger hasn’t stopped there, though—having recently acquired a used shipping container, he’s launched The Soup Bar: a ‘pay what you can’ restaurant using reclaimed food to serve healthy meals to paying and non-paying customers. To date, FIF has rescued over 30,000 kilograms of food to feed nearly 40,000 mouths.

Food box subscriptions aren’t new—they’re a convenient source of fresh, local fruits and vegetables delivered straight to the home. The Flashfoodbox takes a new spin on the service, offering boxes containing produce that’s been rejected by grocery stores for not meeting their rigid cosmetic requirements. Now, all the crooked carrots, blemished apples, and discolored lettuce are packed up and sold to individuals and families with the rationale that these fruits and vegetables are still perfectly nutritious (even if they look a little strange). The organization is relatively new, having only launched this spring, but currently delivers reclaimed ‘ugly’ fruits and veggies across the Greater Toronto Area.

FoodRescue.ca is the invention of Second Harvest—the largest food rescue organization in Canada. The core program employs a fleet of trucks to pick up fresh, surplus food every day from across the supply chain—farmers, processors, distributors, and retailers—and delivers it to those in need. The online platform easily lets businesses and other organizations register what surplus food they have available and schedule a delivery to a social service agency that will put it to good use. In 2017 alone, Second Harvest distributed over 4.5 million kilograms of excess food to over 250 social service agencies, including food banks, meal programs, and children’s breakfast programs.

Foodshare is an organization focused on delivering food education and increasing access to safe, healthy, sustainable, and culturally-appropriate food. Operating on a zero-waste principle, Foodshare promotes the use of composting to divert food waste, and processes over 18 kilograms of compost every day from their kitchen scraps and leftover produce. The organization then uses the compost in their community gardens to build high-quality, nutrient-rich soil for their fruits and vegetables. In 2017 alone, Foodshare diverted over 16,000 kilograms of organic material from landfills using their composting system, while also offering support to community groups and individuals looking to create their own composting systems.

Have you ever been to a conference or special event and wondered what happens to the leftover food? Your suspicions are likely confirmed—it gets dumped in the garbage. This is exactly the problem Shiva Mazrouei and Trisha Islam set out to solve when they created LifTOvers—a platform that connects event organizers and caterers in possession of leftover food with agencies throughout Toronto. After an event organizer registers their event, within 24 hours a team of LifTOver volunteers picks up the extra food and delivers it somewhere where it can be used. Recognizing that people in their city struggle with acquiring the food they need on a daily basis, the team works tirelessly to redistribute consumable food to those who need it.

7. Not Far From the Tree

Not Far From The Tree is a Toronto-based fruit picking project. Toronto’s fruit tress produce approximately 680,000 kilograms of fruit each year, but a lot of it goes unpicked because people do not have the time, energy, or ability to harvest fruit high up in the branches. Not Far From The Tree sends a team of volunteers to pick people’s fruit for them, splitting the bounty between the homeowner, the volunteers, and the organization’s network of food banks and other social service agencies. Since 2008, the organization has harvested over 67,000 kilograms of fruit from over 1,600 trees registered for their program.

Restaurants don’t want to waste food—it hurts their profits and social image—but most establishments don’t have the resources or expertise to deal with it on their own. Terus is a food waste consulting firm that develops customized waste management programs for food establishments. First, the team observes and analyzes an establishment’s waste and its profits. Then, they write up a customized report highlighting ways to reduce waste and save money. The organization also trains staff to ensure everyone complies with the new waste reduction strategy and sets up partnerships in the community to establish donation outlets for their food. Reducing food waste helps Terus’s clients develop a more socially responsible image while also saving them thousands of dollars annually. 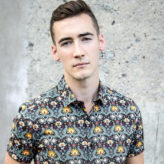 How Will the EU Halve Its Food Waste?

Opinion | Five Zero Food Waste Bloggers You Should Know About