Immigration policy in the United States is closely intertwined with agriculture. It is estimated by the U.S. Department of Labor’s National Agricultural Workers Survey that approximately 47 percent of the roughly 2.4 million farmworkers in the U.S. are undocumented. Earlier this year, Senator Dianne Feinstein and Representative Zoe Lofgren, both of California, introduced the Agricultural Worker Program Act of 2019 (H.R. 641)—a bill that would provide a path to citizenship for undocumented immigrants in the U.S. If this bill becomes a law it would create a two-step process for undocumented farmworkers and their families to gain legal status and eventually citizenship in the U.S. This legalization process could bring stability to farmworkers, their communities, their agricultural employers, and the food system as a whole.

Undocumented farmworkers lack many of the basic rights that everyday citizens enjoy in their workplaces. DerVartanian says to Food Tank that, “one challenge that farmworkers face is that they are excluded from a lot of the labor law protections that other workers enjoy, such as overtime pay.” If H.R. 641 is signed into law it will be a significant step towards giving farmworkers the ability to seek the protections and rights they deserve.

The first step would introduce a new “Blue Card” status for farmers to be granted temporary residency and employment authorization. In order to qualify, a farmworker must meet a number of qualifications, including, but not limited to, national security and law enforcement clearances and proof of employment for at least 100 days in the last two years. Spouses and children of farmworkers would also be eligible to apply for blue card status. The second step in the process allows farmworkers who have been granted a blue card to apply for green card status and permanent residency after an additional three to five years of agricultural employment.

“Farmworkers are our neighbors; they are families with children, many of whom were born here; they are vital, integral members of our communities. And they are living in fear and that is really troubling,” DerVartanian explains to Food Tank.“Many of these undocumented farmworkers have been contributing to our agricultural industries and communities for over a decade. According to a report by the National Agricultural Workers Survey, “on average, foreign-born farmworkers interviewed in 2015-2016 first came to the United States 18 years before being interviewed. Most respondents had been in the United States at least 10 years (78 percent), with 58 percent arriving 15 years or more prior to their NAWS interview.”

The lack of stability in the farm labor workforce has been a major strain on agricultural employers across the country and these shortages have only been intensifying in recent years. According to DerVartanian, the Agricultural Worker Program Act of 2019 is a step towards stabilizing the farm labor workforce while improving the working and living conditions of the hard-working people that grow our food—a win for both farm owners and their employees. “We think that it is really important to stabilize the farm labor force as it would benefit farmworkers, agricultural employers, and the community at large,” DerVartanian tells Food Tank, “and would give these workers the dignity and the respect that they deserve for the work that they do and the contributions they are making to our country.” 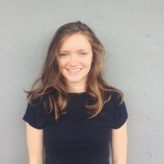 Madeleine Traynor is a former Research and Writing Intern with Food Tank. She is currently enrolled in the Farmer Training Program at the University of Vermont. Madeleine is especially interested in food justice, sustainable agriculture, and immigrant rights.

The Mobile Kitchen Changing Food Education Across the U.S.