Farmworkers feed the world. This is the rallying cry of the Student Action with Farmworkers (SAF), an organization that works with students, advocates, and farmworkers across the United States to create a more just agricultural system. The crucial contribution that farmworkers make to the food system has only heightened amid the C0VID-19 pandemic, as farmworkers are among the list of critical positions that the United States Department of Homeland Security encouraged to continue a normal working schedule.

Although a lower population density in agricultural regions may delay the spread of COVID-19, farmworkers may face heightened risks to the disease due to their exposure to environmental and chemical hazards. Most farmworkers also lack comprehensive healthcare benefits as well as paid sick leave. According to the U.S. Department of Labor just 47 percent of farmworkers report having health coverage, meaning they have no benefits to fall back on if they get sick.

From March 25-31, 2020 SAF is celebrating the 21st Annual National Farmworker Awareness Week at a time when it may be more important than ever to advocate for farmworkers’ rights. SAF and their partner organizations aim not only to celebrate farmworkers but also to raise awareness about the many challenges that farmworkers continue to face. For instance, agriculture ranks among the most hazardous industries but farmworkers have considerably lower wages and less access to social benefits than others in hazardous occupations.

The week culminates on Cesar Chavez day, which commemorates the historic activist and founder of the United Farmworkers of America. To amplify the message of National Farmworker Awareness Week and support farmworkers during this uncertain time, Food Tank is highlighting 18 organizations that advocate for farmworkers’ rights and wellbeing.

1. American Federation of Labor and Congress of Industrial Organizations (AFL-CIO)

The AFL-CIO is the largest U.S. based federation of unions that protects the rights of workers in a variety of industries, including food and agriculture. They take action to prevent child labor in agriculture, support diversity in farming and land access, improve farm and food worker wages, ensure overtime pay, and fight for immigration policies that help agricultural workers attain employment security.

The Center for Good Food Purchasing encourages large institutions to adopt the Good Food Purchasing Program (GFPP) – an initiative that facilitates shifts in institutional food purchasing toward local food economies, environmental sustainability, valued workforce, animal welfare, and nutrition. Implementation of the GFPP is currently being carried out in multiple cities and school districts across the U.S.

The CIW is a worker rights organization that exemplifies the power of farmworker community organizing. Their internationally recognized Worker-driven Social Responsibility paradigm led to significant advances in human rights within corporate supply chains. Through this approach, the CIW successfully negotiated agreements that improved worker labor standards and wages with Whole Foods, McDonald’s, Subway, and Walmart through its Fair Food Program focused on Florida tomato growers.

CAGJ is a grassroots organization based in Seattle, WA that aims to strengthen local economies by transforming unjust trade and agricultural policies. Through community education, grassroots organizing, research and analysis, and media outreach they support healthy local food economies in which optimal labor rights are achieved.

Fairfood international works to create a food system in which value is distributed along the supply chain proportionally and food is produced with the wellbeing of people, animals, and the planet in mind. By advancing supply chain transparency they help the agri-food sector identify improvements in sustainability and solutions for the payment of a living wage in supply chains.

FWP is a global organization devoted to promoting fair trade for small producers and labor justice for workers. They emphasize that unfair trade policies and corporate-friendly business practices continue to harm people and the planet. Their solution is to educate and advocate for a just global economy that respects the environment and they have active campaigns supporting coffee, melon, and cocoa farmers and farmworkers.

FLOC is a labor union affiliated with the AFL-CIO that aims to give farmworkers a voice in the decisions that affect their economic security and wellbeing. Baldemar Velasquez founded the organization in 1967 and built it into a more than 20,000-member strong organization that mobilizes, educates, and trains farmworkers to advocate for their labor rights.

The Food Chain Workers Alliance is a Los Angeles, California based coalition of worker rights organizations. They advocate for improved wages and working conditions for the people who plant, harvest, process, pack, transport, prepare, serve, and sell food. The FCWA also leverages the Good Food Purchasing Program as a tool to win fair wages and improve working conditions within institutional supply chains.

The ILO is a United Nations agency devoted to promoting social justice and ensuring that internationally recognized human and labor rights are upheld. Their Decent Work Agenda focuses on working with stakeholders in their 187 member states to set labor standards and develop policies and programs that support decent work, fair globalization, and poverty reduction.

La Via Campesina is an international coalition of organizations that defend food sovereignty as a way to promote social justice and worker dignity. They built a movement that amplifies the voices of smallholder peasant farmers and aims to decentralize the power of corporate driven agriculture, which they argue is destructive to the environment and social relations.

The mission of Migrant Justice is to strengthen the capacity and power of the farmworker community to collectively organize for economic justice and human rights. By investing in leadership development, Migrant Justice enhances farmworker community members’ skills in community organizing and capacity to produce systemic change. Among their accomplishments is the Milk with Dignity agreement with Ben & Jerry’s Ice Cream, an industry contract to implement a worker-driven social responsibility program.

As an organization led by fisherfolk, NAMA was founded to promote healthy and economically secure fisheries and fishing communities. Their organizing efforts extend beyond human rights to include sustainability efforts that ensure the long-term resilience of marine food systems and the promotion of equitable access to fair markets for small and medium-scale community-based fisherfolk.

Oxfam international operates in more than 90 countries and is centrally focused on ending the injustice of global poverty. They place a large emphasis on food and farming in their work because they note that three-fourths of the world’s hungry people live in rural areas, many of whom are farmers, fishers, herders, and laborers. Through Oxfam’s Behind the Brands Campaign, consumers can track major food brand’s progress in supporting farmworkers and the planet.

The Washington, D.C. based Solidarity Center is an international organization partnering with over 400 labor unions and human rights organizations in 60 countries to support workers’ rights. Seafood, agriculture, and food processing are among the many industries that they aim to effect change in by providing technical and legal expertise, bolstering union’s advocacy efforts, connecting workers to protective networks, and more.

Teamsters is one of North America’s most diverse labor unions, representing workers in a wide range of industries from sanitation workers in New York to vegetable growers in California. The organization supports workers in advocating for contracts that ensure fair wages, health coverage, job security, paid time-off and retirement income. Once these contracts are negotiated, Teamsters works to hold companies accountable by invoking contract grievance procedures if necessary.

National Farmworker Awareness week ends on a day commemorating the founder of UFW, Cesar Chavez, because the organization is the nation’s first union explicitly for farmworkers. Their work to protect labor rights in the agricultural sector continues today as they have facilitated dozens of UFW union contract victories that secured farmworkers’ rights including fair wages, overtime pay, protections from occupational health hazards, and more.

Walk free tackles one of the world’s most complex and prevalent human rights issues—modern slavery. They devote resources and collaborative organizing efforts to drive behavior and legislative changes that liberate people trapped in slavery. They also conduct research to build a comprehensive database of the estimated 44 million people living in modern slavery and have campaigned to protect children working in the chocolate industry as well as farmworkers in the palm oil industry.

Farmworkers truly are the backbone of our food system and these 18 organizations work to ensure that their rights are being adequately met or exceeded. By continuing to work during the COVID-19 pandemic, farmworkers are risking their health to prevent disruptions in the food supply. National Farmworker Awareness Week provides a time to reflect on the contributions farmworkers make to society and raise awareness about the issues they continue to grapple with, especially in the face of global pandemic.

Student Action with Farmworkers has a number of resources and to help individuals and organizations engage in the 21st Annual National Farmworker Awareness week from March 25-31, 2020. 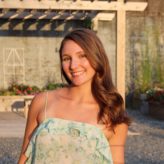 Serena is Food Tank’s Research, Advocacy and Outreach, and Writing Fellow. She is currently pursuing an M.S. in Food and Nutrition Policies and Programs at Tufts University and has a B.S. in Political Science and Sociology from Florida State University. Serena’s passion for food policy has led her to positions in State and Federal government, nonprofit advocacy, and academic research. When she’s not thinking about the food system, she’s most likely doing yoga or roasting sweet potatoes!