Dr. Rattan Lal, a world renowned soil scientist, is the 2020 World Food Prize Laureate. He will be honored this October for his innovative research approach and advocacy of sustainable soil management.

Lal’s work involves developing a soil-centric approach to increasing food production that not only restores and conserves natural resources, but mitigates climate change. His research and development of soil-saving techniques have benefitted millions of small scale farmers, improved food and nutritional security of more than two billion people, and saved hundreds of millions of hectares of natural tropical ecosystems.

Growing up on a small farm in India, Lal witnessed the challenges of plowing land. His experiences on a subsistence farm first inspired his curiosity about soil health. He became committed to researching soil, and completed his Master in Science at the Indian Agricultural Research Institute and his Ph.D. in Soils at The Ohio State University.

Lal has traveled all over the world studying tropical soils. In each country, he found farmers struggling with problems of soil degradation, just as his own once had. With nutrient-depleting farming practices and agricultural cultivation that exposed the soil to harsh tropical climates, even high-yielding crop varieties could not reach their full growth potential.

“Globally, we are beginning to realize that a seed of elite variety cannot do a miracle unless it grows in a soil that is healthy,” Lal tells Food Tank.

His innovative research found that soil organic matter and carbon is essential to sustaining food production. He went on to develop and promote agriculture techniques that focus on building soil’s physical health and replenishing organic matter within the soil.

These practices include mulching, cover-cropping, no-tillage, and agroforestry that protect the soil from elements and return carbon and organic matter to the soil. His research even showed that fertilizers and irrigation alone cannot increase yield. When applied in carbon-depleted soils, only 30 percent of fertilizer and irrigated water actually reach crops, according to Lal.

Lal’s research revealed that increasing soil carbon not only improves soil health, but it can also be a way to mitigate climate change. Soils can sequester atmospheric carbon at rates of 2.6 gigatons per year, according to a paper he published in 2004 in Science.

As founding Director of the Carbon Management and Sequestration Center at The Ohio State University, he has developed a program whose primary goal is to research and advocate for climate-resilient agriculture. He strongly believes that agriculture has a primary role in slowing climate change.

Lal has been a tireless advocate for a Healthy Soil Act, which would pay farmers to optimize land use instead of maximizing production. “We produce 3 billion tons of grain and an estimated 1 billion is wasted,” Lal tells Food Tank. By compensating farmers for stewarding of the land, Lal argues that agriculture can be a part of the solution to climate change instead of the problem.

According to Lal, global food productivity cannot be sustained by ignoring the health of the soil. Policy makers are slowly beginning to recognize that soil is the foundation on which, Lal says, “sustainable agriculture should be based, and without it the global issues of climate change and food security cannot be [adequately] addressed.”

He attributes this reasoning to why a soil scientist is being awarded the World Food Prize this year.

The World Food Prize Foundation’s mission is to “elevate innovations and inspire action to sustainably increase the quality, quantity, and availability of food for all.” The Prize is the foremost international honor recognizing the achievements of individuals who have advanced human development through these means.

Lal’s research shows that by restoring soil health, it is possible to double the global annual grain yield while also decreasing the land area under grain cultivation by 30 percent and cutting fertilizer use by 50 percent. All of this can be achieved by the year 2100.

Another concept that drives Lal’s research is the One Health approach to solving global issues of climate change and food security. “When soils are healthy we don’t need as much pesticides,” Lal tells Food Tank. “Twenty-five percent of global biodiversity is in the soil.” And by keeping the soil healthy, crops can better fight off pests on their own, and be healthier for us to eat.

“The health of soil, plants, animals, people, and the environment is one and indivisible.”

Listen to the full interview with Dr. Lal on “Food Talk With Dani Nierenberg” below: 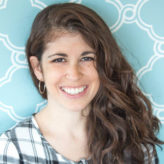 Leslie Brooks is a veterinarian with an interest in helping to shape public policy. She graduated from the University of Tennessee College of Veterinary Medicine in 2012 with both a veterinary degree and Master in Public Health. She has a passion for bringing effective change to our food industry and sees working with Food Tank as a meaningful way to help accomplish that goal. As a veterinarian, she has worked in small animal clinical medicine, run her own house call practice, and helped grow a non-profit from the ground up. She enjoys volunteering, running, reading, and traveling. She currently lives in Indianapolis with her husband, toddler, and cat.

New on the Podcast: Alex Morgan on the Rainforest Alliance’s Innovative 2020 Certification Program.