Dinner and a show are such compatible experiences, it’s near impossible to think of one without the other. In the 1950s and ’60s dinner theaters made the combination official as venues offering both sprouted across the United States like daisies in spring. By 1973, dinner theaters employed more professional actors than any other sector of theater. While the dinner theater isn’t as widespread a cultural phenomenon as it was 50 years ago, they are still going.

From The Barn Dinner Theater in Greensboro, North Carolina, (the longest-running dinner theater in America) to the Dutch Apple in Lancaster, Pennsylvania, from New York City’s Feinstein’s/54 Below to Birdland to Joe’s Pub, dinner theaters remain popular. Audiences expect a story onstage, but they might not expect a story embedded in the ingredients of their meal. Yet, this is just one of the many lessons dinner theater can learn from the good food movement.

Nourish the Soul and the Body

Like the consumers at any restaurant, “we cannot be reduced to a buyer,” says Glenda Yoder, Associate Director of Farm Aid and HomeGrown Concessions. “We’re more than a consumer, we’re a body. We’re ingesting nature in the food that we eat.” We must say goodbye to the buffet blandness that often arose from the need to mass-produce and serve a large audience at multiple tables at a single time.

“Quality has been my number one priority,” says Dianne Moody, the head chef at Dutch Apple since August 2020. “I cook with love. Everything I make I would want to be able to serve to my parents, my family. Anything that I wouldn’t eat, I’m not gonna serve.”

Though this is an excellent rule of thumb, what makes something quality from one dinner theater to another may vary. The industry could benefit from the standards of the good food movement. Dinner theaters nationwide should source from local, family farms (i.e. non-corporate farms) that care for the land. “The food we most benefit from is grown with the most care for the soil and water,” Yoder says.

Farm Aid came up with criteria for quality farms that could easily be used by dinner theaters. Farm Aid supports farmers who prioritize regenerative agriculture, organic products and processes, and integrated pest management.

“We’re keenly aware of the corporate concentration that puts pressures on farmers for low prices,” says Yoder. “It forces them into certain production practices and strips them of the capacity for regional and local food systems that are best for all of us and the soil and water.”

Since its start in 1985, Farm Aid has worked for economic justice for farmers and operates a hotline known as the Farmers Resource Network to keep these farms open, adhering to best practices, and thriving. A directory of recommend family farms is available here.

Dinner theaters can be a part of a good food system, in which they source from family farms similar to the ones (or from the actual ones) Farm Aid supports.

Of course, higher quality food can mean higher prices. This, again, is why it is crucial to involve your eaters (a.k.a. audiences).

In the early 2000s, when the organic food craze began, it stimulated the consumer mentality about food. Suddenly everyone wanted organic. “You could know something about who grew it and how they grew it and there was a certification that was indicated about something in the production process,” says Yoder. “We saw a burst in local agriculture and farmers markets and people were really interested in food.” Similarly, dinner theaters can pique the interest of their audiences for their own food renaissance. Just as a dinner theater considers what their audience will enjoy to program a season of productions that will sell well, dinner theaters should respond to audience appetite on their menus.

“The whole thing can change when the guest is able to be a participant in this decision,” Yoder adds. “I would be completely transparent and just say, ‘This kale comes from this-and-this farm nearby.”

Moody sources locally when she can. “We have The Corn Wagon [in Lancaster]. It’s a local farm just down the road. They have wonderful cabbage, fresh corn on the cob, and vegetables,” she says. “It’s not too far from my house, so there are times when I’ll run down there and grab a few things.”

But Moody doesn’t always have the time to shop separately for those few local ingredients. Much of the time, she relies on her distributors, Gordon Food Service and Cisco Food Service.

“Time is a big issue. It would take the time to get to the farm and get the stuff, and as far as payment, how would that work? It just seems like when you’re dealing with a corporation all of that is already set up. I just order my food, they deliver it to my door,” says Moody. The logistics of fetching ingredients plus the added time to clean and prep local can pose a challenge for small staffs with limited hours.

“The purpose of the program is to be a one-stop shop for both our buyers and our farmers,” explains Catherine Crawford of GrowNYC. “Buyers get access to the variety of more than 60 farms and cooperatives, and our farmers get to make large, efficient deliveries to a single location (our warehouse in the Bronx), which allows them to concentrate on farming, rather than making individual deliveries throughout the city.”

GrowNYC collaborates with farms that practice good land stewardship, provide safe and respectful workplaces for their employees, contribute to local economies, and have a strong commitment to producing high-quality, delicious foods.

For any dinner theater in and around New York City, this is an ideal option. For those out in Pennsylvania or Arkansas or Illinois, the best solution is to speak to your distributor about having them source locally. “You want to move to a non-GMO olive oil? Ask your distributor. You want local food— however you define that? Ask,” Yoder recommends. “All these big distributor chains have that identifiable now.”

Leveling Up in Storytelling

A shift like this isn’t just about better taste and increased nutrition (although both result from a Good Food approach). What’s even more enticing for theaters is that this food tells its own story.

Moody has already taken one step towards a food narrative. “I take a look at the show and I come up with a menu that goes with the theme of the show,” the chef says. “We have On Your Feet! right now, which is Cuban because it’s about Gloria Estefan. I put some Cuban-inspired things on the menu: a mojo-marinated chicken and a beef ropa vieja that’s cooked overnight, a citrus-baked fish and rice and black beans and Cuban crushed potatoes.”

The experience deepens when diners connect theater to their food. That connection increases exponentially when that connection goes beyond the type of meal to what it’s made of and where it comes from. “[Wendell Berry] says the pleasure of eating is enhanced by what we know about the origin of that food,” quotes Yoder. The enjoyment of food is “linked to not just what you’re eating but to your knowledge and your experience.”

Audiences with knowledge of ingredients and who feel they support local lands can have a more profound theatrical experience.

This is true for the concert-goers who attend Farm Aid’s annual music festival. HomeGrown Concessions, an extension of Farm Aid that caters 100 percent of the Festival concessions, lists the farm sources for every ingredient in each menu item.

“Having this kind of food authenticity…I think all of that is part of the food messaging,” Yoder says. Not to mention, if you understand why food costs more (it’s greater quality, it’s more nutritious, it’s from land without toxic pesticides, it’s supporting local business), you’re likely willing to pay more for it.

What’s more, HomeGrown Concessions proves good food can be produced on a massive scale without compromising taste. HomeGrown feeds 30,000 each Festival, which proves any venue—including dinner theaters—can manage a crowd. Theater is entertainment and, with curation, dining can be, too.

“The more information and experience and taste can be cultivated in that supply community, the more we’ll embrace it,” says Yoder, “and the more we’ll build a food system that is worthy and has the quality we need. That involves all of us.” 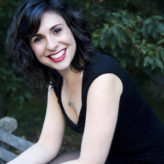 Ruthie Fierberg is the former Executive Editor of Playbill and a freelance journalist. She is the creator and host of the podcast Why We Theater—which merges theatre and social justice—an on-camera host, and frequent moderator for the 92nd Street Y and Second Stage. Learn more at ruthiefierberg.com.