For several months last year, Zimbabwe was under strict nationwide lockdown measures to curb the spread of COVID-19. But amid these restrictions, many urban residents across the country started backyard vegetable gardening.

These backyard vegetable gardens are continuing to flourish and enhance food security among hard-up city households who are without many social safety nets.

“The advent of COVID-19 outbreak and the lockdown have provided challenges for the communities to access food supplies including fresh vegetables and backyard gardens have provided vegetables to the families,” a city of Mutare resident, David Mutambirwa, tells Food Tank.

Mutambirwa adds that most of the residents in the Mutare’s high density suburbs like Chikanga, Hobhouse and Sakubva now have backyard gardens.

And he says backyard vegetable gardens are ideal because they are accessible during the COVID-19 lockdowns and residents can determine the quality and the standards of their vegetables.

“One can choose to grow organic vegetables, which are more nutritious than vegetables where artificial fertilizers and pesticides are used. The surplus fresh produces are sold to neighbors,” says Mutambirwa who also heads the Mutare United Residents Association.

Another resident in the city of Mutare, Pamela Shirichena, tells Food Tank that her backyard vegetable has saved her family from starvation during the lockdown.

“I’m now growing enough vegetables to feed my family and sell the surplus. I use the income from the vegetables to pay for my utility bills and buy other food stuffs,” says Shirichena, a mother of four.

Before the pandemic, Shirichena says like many women in the country, she survived through informal trading of various small products.

“Income from my informal trading dried up during the lockdown and I had to turn to my small backyard garden for survival. We’re now eating very healthy green vegetables with no chemicals. I wish I had bigger space to grow more,” says Shirichena.

And Charles Dhewa, the CEO of Knowledge Transfer Africa whose flagship initiative eMKambo helps spread agricultural information through mobile and internet networks tells Food Tank that backyard gardens and chicken fowl runs have made a difference around cities during the lockdown.

Dhewa’s organization has been helping both urban and rural farmers to market their surplus produces.

“We assist everyone irrespective of being urban or rural [farmer] though our bias is on rural producers who tend to be far from markets and therefore economically marginalized,” says Dhewa.

Dhewa, however, remains skeptical about the future of the new city farmers after the COVID 19 pandemic is gone.

“Urban producers are not really farmers but moonlighters with other sources of income only using urban agriculture to supplement meagre incomes resulting from economic collapse induced by poor polices and off late COVID-19,” says Dhewa. 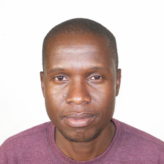 Andrew Mambondiyani is a freelance journalist based in Zimbabwe with an interest in agriculture, climate change and the environment in general.

Traditional Knowledge and the Babassu Breakers

What Dinner Theater Must Learn From the Good Food Movement