According to a report published by the Harvard Law School Food Law and Policy Clinic (FLPC), the U.S. spends US$218 billion annually to grow, handle, deliver, and dispose of food that is never eaten. Moreover, 40 percent of food produced in the U.S. is thrown away. This discarded food would be enough to feed the one in seven Americans who are food insecure. The report entitled Opportunities to Reduce Food Waste in the 2018 Farm Bill is part of a joint project between the FLPC, ReFED, and Food Policy Action.

Government agencies such as the U.S. Department of Agriculture (USDA) and the U.S. Environmental Protection Agency (EPA) set a goal in 2015 to reduce food waste by half by the year 2030. In line with this national goal, large private companies, including Kellogg and PepsiCo, have pledged to cut their food waste by half by 2030. The report states that the upcoming 2018 Farm Bill presents Congress with an opportunity to prioritize the topic of food waste, identifying four areas of focus: food waste reduction, food recovery and redistribution, food waste recycling, and food waste reduction administration.

According to the report, the farm bill “provides an appropriate vehicle for the federal government to take concerted action against food waste” because it impacts most areas of our food system. None of the US$500 billion authorized across the food system in the 2014 Farm Bill was allocated for food waste reduction. “[F]ood waste has not been included in farm bill debates before, so putting the issue on the radar of our representatives will be a critical piece of any progress,” said Emily Broad Leib, FLPC Director.

The report recommends modifications to existing legislation, or the creation of new legislation, that will allocate funding to create awareness about food waste and incentivize behavior.

The report states that consumer confusion over food labeling accounts for a portion of the 62.5 million tons of food that is thrown away each year. Manufacturers have great discretion over labeling language, and the labeling regulations vary state by state. The authors of the report argue that through the 2018 Farm Bill, quality and safety labeling could be federally standardized. This would allow clarification of label meaning, and mandate compliance by all players, similar to the dual label system used in the European Union, with “BEST If Used By” and “USE By” language.

The authors also see potential for the farm bill to provide funds to educate and incentivize elementary and secondary schools, huge sources of food waste at more than 360,000 tons of wasted food per year. Suggestions include federal grants for food waste audits and education initiatives, extending lunch periods so children have time to eat their food, and creating a designated area where uneaten food can be made available to other students instead of thrown away.

The authors further suggest allocation of funding for a national food waste awareness and education campaign, as research found that consumers tend to underestimate the amount of food waste they actually produce. In the United Kingdom, a nationwide food waste campaign was very successful, reducing food waste by 21 percent over five years and resulting in a benefit-cost ratio of 250:1.

According to the report, 1.7 million tons of food are recovered and redistributed to the hungry each year. The farm bill has the potential to reduce barriers to donation by funding transportation and processing costs of those organizations that recover and redistribute food. The report estimates the reduction of barriers could amount to recovery of 5.8 million additional tons of food annually.

The farm bill could also task an agency to clarify the scope of the Bill Emerson Good Samaritan Food Donation Act, legislation that provides liability protection to food donors and nonprofits that recover and redistribute donations. Such guidance could mitigate donor confusion and promote awareness of the Act’s protections leading to increased donations. The authors further mention that the farm bill could also be modified to allocate grants that encourage food recovery innovations, and to carve out further tax incentives or create tax credits to encourage food donations.

Discarded food accounts for the largest share of municipal solid waste in landfills and produces at least 113 million tons of greenhouse gases each year, according to the report. Recycling solutions such as composting and anaerobic digestion could divert roughly 9.5 million tons of food waste from landfills. Through the farm bill, Congress could provide grants to support state and local efforts of organic waste bans and waste prevention plans, as well as provide financial support for recycling infrastructure and technology.

According to Broad Leib, “[A]n easy way for Congress to incorporate food waste into a range of existing farm bill grant programs is to direct USDA to preference grant applicants who propose to add measures to their programs in order to donate or recycle surplus food.”

The last area of focus in Opportunities to Reduce Food Waste in the 2018 Farm Bill is streamlining food waste reduction efforts. Designation in the next farm bill of an agency or a coordinator could allow for comprehensive national research on food waste, and analysis along the supply chain of where and which food is wasted. Additionally, the creation of a task force with representatives from the numerous agencies involved in the food system could help further the implementation of food waste reduction initiatives. 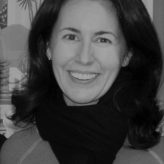 Grilling a Greener Burger at your Summer BBQ