In the small rural town of Cerrito, Paraguay, an agricultural high school hopes to change the way business is done in schools around the world. When Cerrito’s San Francisco Agricultural School was faced with drastic cuts in government funding, it struggled to pay teachers’ salaries and had few funds left to maintain its farm. The government funding was further reduced in response to a decline in enrollment. Then, in 2002, the school was transferred to the NGO Fundación Paraguaya, Paraguay’s first microfinance institution, with the hope that the organization could find a way to support it.

Within a year, the San Francisco Agricultural School was transformed into an enterprise-based agricultural school, founded on a new model of financial self-sufficiency. By 2007, and every year thereafter, the school has been able to cover the full cost of its operations, earning more than US$300,000 annually. The school provides highly subsidized tuition, room, and board to its students who pay only about US$10 per month.

Paraguay, the second-poorest country in South America after Bolivia, has a 40-percent rural population which depends primarily on agriculture. Paraguay’s poverty is concentrated in these rural areas, and low-cost, high-quality education relevant to rural communities provides a path out of poverty.

Agricultural and entrepreneurial expertise allow graduates of the San Francisco Agricultural School to work in their own communities rather than relying on urban migration for employment. The school’s professionalization of agriculture and bottom-line approach helps graduates transform traditional local farming into profitable, diversified, modern small businesses that increase incomes and standards of living within the community. Many of the students are the children of poor farmers.

In addition to teaching traditional high school subjects, the San Francisco Agricultural School provides a combination of classroom learning in agricultural methods and business practices with hands-on training in the schools’ enterprises. Referred to as productive business units, the small-scale enterprises include organic vegetable gardening, dairy processing, beekeeping, tending to goats and chickens, and managing a tree nursery, a rural hotel, and roadside stores. The school’s motto, “Learn by Doing, Selling, and Earning,” paired with the self-sufficiency mandate, differentiates it from other vocational schools.

This school has been leading a small revolution in rural development, at once tackling rural education, rural entrepreneurship, and agricultural productivity. Graduates typically go on to start their own enterprises (often integrated into the family farm), become agricultural teachers or extension agents, or attend college. Fundación Paraguaya is now responsible for four self-sustaining schools in Paraguay.

The model has also been reproduced in more than 20 countries including Bolivia, Nicaragua, El Salvador, Kenya, Malawi, Tanzania, Uganda, Cambodia, and Pakistan with scale-up support from contributors such as the Nike Foundation, the MasterCard Foundation, and the U.S. Agency for International Development.

Fundación Paraguaya, in partnership with Teach A Man To Fish in London, has also produced a handbook, called Start Your Own Self-Sustainable School, that is freely available online for those inspired to join the movement. 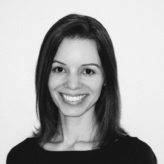 Miranda Grizio is a food scientist and advocate for the use of sustainable food systems and appropriate technology that can improve the lives of the rural poor in developing countries. She holds a master’s degree in Food Science from Kansas State University and a master’s degree in International Development from Tulane University. She has provided technical assistance to food processing start-ups in Senegal, India, Peru, and the U.S. and is passionate about the role of science in improving food security. Miranda is a Research Fellow at the Good Food Institute.

Ag Is “Not a Question of Winners and Losers”