As CEO and co-founder of the marketing agency—Haberman, Modern Storytellers for Media and Marketing—Fred Haberman’s motivation has always been, he says, to push organic into the mainstream. “It feels good to see what was once a fringe now moving into the mainstream and I think that’s the success.” Haberman is a unique agency with a focus in “telling the stories of pioneers making a difference in the world”. Since its founding in 1994, Haberman’s portfolio of clients has grown to include popular brands such as Annie’s, Organic Valley, Earthbound Farm, and Daiya.

Fred Haberman’s passion for food and agriculture began as a student at the University of Wisconsin—Madison in the late 1980s. He decided to join the organic food movement at a time when farmer and consumer groups around the world were just beginning to demand regulation and standards for organic production. In the 30 years since, Fred has been a champion for organic food and agriculture. He has founded companies and established successful projects with the primary goal of expanding the presence of organic in the United States food system. Fred describes one of his greatest successes as being a part of the process of growing the share of organic retail sales in the United States to more than 5.3 percent in 2016—a huge leap from 1.5 percent in 2002.

Fred sees many more benefits in the shift of organic from its grassroots days, especially with the U.S. Departments of Agriculture’s (USDA) establishment of uniform organic standards. Fred acknowledges the growing doubts and confusion surrounding organic food but explains that the USDA organic standard is still “a trusted symbol” among consumers. The standards push companies to comply to a bare minimum or practices and requirements, however there are many that go above and beyond those standards.

Greater transparency is a side-effect of the adoption of organic into the mainstream. Fred explains that, “transparency is good for the good guy and bad for the bad guy and I love that. And the good news is that millennials were raised in the most transparent world that we’ve ever been in. The fact that you can find out if someone’s been lying to you pretty quickly, or trying to hide something from you in the good food movement, works well for those that have positive values related to sharing how they source and grow and market and price the food.”

But what Fred primarily sees in his vision of a mainstream organic movement is the shift away from chemical agriculture, which he views as being a primary concern, not only in the United States’ food system, but the “whole systems issue,” including water use, food waste, climate change, and the growth of chemical agriculture. “The amount of chemicals that we’ve been putting on our fields across the U.S.—chemicals that of course begin to create superweeds—pretty soon there’s a massive mess on our hands that’s polluting our rivers, our streams, our land, as well as of course human beings.”

Fred’s contribution to the organic movement goes beyond just the Haberman marketing agency. He has also co-founded and built St. Paul, Minnesota’s first large-scale indoor organic aquaponics farm, Urban Organics, in the formerly abandoned Hamm’s Brewery in Minnesota. As one of the first certified organic aquaponics facilities of its kind, Urban Organics hopes to increase access to healthy food and jobs for residents in and around the Twin Cities area. Since its founding, US$200 million have gone into the economic development of that area and has created hundreds of jobs. “And when people have jobs, they’re able to pay for better food, they’re able to learn, and many other things are able to happen that are positive.” 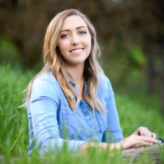 Alexandra Kassler is a graduate student at the American University of Rome in Italy. She is studying for a master’s degree in Food Studies: Policies for sustainable production and consumption. This summer she conducted research in Northern Italy and is currently writing her thesis on knowledge exchange among the young farmers of WWOOF Italia.
Previous Article

Toward a Greener Revolution: An Excerpt from Nourished Planet