It’s been an incredible year at Food Tank in terms of our ability to incite, inspire, and spotlight change happening across the food system.

Below, I’ve listed 12 reasons (from every month this year) why your dollars made a huge impact in 2018. Half of Food Tank’s funding comes from individual grassroots members, starting at $9.99 per month.

If you are not already a member, I really encourage you to click this LINK and join right now.

When you read this, I want you to really think about the fact that this is all accomplished with just three full-time staff members, and we hope you will compare the value and impact with organizations 10-times our size and budget. We really maximize every penny that you give, and we survive based on that giving.

1. In January, I spent time in Senegal doing on-the-ground reporting around agricultural innovation. During the visit, I met with researchers, farmer union organizers, women’s leaders—and was incredibly inspired by their thoughts on the future of agriculture. The visit was done in collaboration with the West and Central African Council for Agricultural Research and Development (CORAF/WECARD).

4. In April, in collaboration with Food Tank, the Economics of Ecosystems and Biodiversity (TEEB), released a groundbreaking new report to evaluate the real costs and benefits—including environmental, health, and social impacts—of our agriculture and food systems. This Scientific and Economic Foundations Report provides the basis for a major paradigm shift in how we view and manage our agriculture and food systems, demonstrating how to evaluate not just the visible but also the hidden costs and benefits. The timing is critical—with 10 billion people to feed by 2050 and 40 percent of available land already growing food—we need to consider new frameworks and models for how we grow, process, distribute, and consume food and manage food waste.

6. In June, we launched our first book in collaboration with the Barilla Center for Food & Nutrition and Island Press. Nourished Planet offers a hopeful but practical global plan for feeding ourselves sustainably. Edited by Food Tank, the book assembles a diverse group of internationally renowned experts to chart a bold path forward. Their vision will provide concrete solutions to hunger and obesity, stop food loss and food waste, promote nutrient-dense and indigenous crops, and realize the vision of a more equitable food system. Essays and interviews with “voices of the new food movement,” including Hans Herren, Vandana Shiva, Alexander Müller, Pavan Sukhdev, and others, offer a truly planetary perspective. More than 150 university food studies programs and courses in two dozen countries are already using the book as part of their educational curriculum.

7. In July, we launched our free podcast, “Food Talk with Dani Nierenberg,” which twice weekly interviews some of the biggest names in food and agriculture. The podcast has already charted #3 in the iTunes nonprofit category and also appears on Google Play, Spotify, and Stitcher, as well as on FoodTank.com. Interviews have included Sam Kass, Michel Nischan, Karen Washington, Spike Mendelsohn, Questlove, Jim Perdue, Tamar Haspel, Hari Pulapaka, and dozens more.

9. In September, we published our 250th article of 2018. Food Tank writes 100-percent original reporting. Some articles this month included an in-depth interview series with Alice Waters about her “Lunch for All” campaign; a bi-weekly “Farmer Friday” feature with Niman Ranch talking about the challenges U.S. farmers face; a series on sustainable packaging with Sealed Air Corporation; a partnership with CGIAR’s Platform for Big Data in Agriculture to look at how Big Data is launching new tools and initiatives into research centers and programs; a series working with ICRISAT to feature Smart Foods like millets, sorghum, and legumes and how they are being used to target specific nutrient needs of malnourished children; and much more.

10. In October, after an incredible 2017 NYC Food Tank Summit, we partnered with the NYU Steinhardt School of Culture, Education, and Human Development and the Natural Resources Defense Council for a 2018 NYC Food Tank Summit that was more than double in size and scope. We were thrilled to have top food journalists as moderators, including Bryan Walsh, Time Magazine; Charles Passy, The Wall Street Journal; Julia Moskin, New York Times; and Ben Tinker, CNN. The 2018 NYC Food Tank Summit broke all of our expectations. We were able to accommodate more than 600 attendees throughout the day, along with an astonishing 98,000 watching the livestream. NYC Summit speakers have included Questlove, Dan Barber, Kimbal Musk, Tom Vilsack, Tom Colicchio, Marion Nestle, Tim Ma, Ruth Reichl, and dozens more.

11. In November, Food Tank hosted our first San Diego Summit, “Growing the Food Movement,” in partnership with the Berry Good Food Foundation, the University of California Division of Agriculture and Natural Resources, and the San Diego Bay Food + Wine Festival. It featured more than 30 different speakers from the food and agriculture field including Josh Henretig, Senior Director of AI for Earth & Sustainability at Microsoft; Gavin Newsom, Governor of California; David Bronner, CEO of Dr. Bronner’s; and Dolores Huerta, Co-Founder of United Farm Workers (via video).

12. In December, the Refresh Working Group featuring Food Tank, Google, the U.S. Chamber of Commerce, and more than 20 other partners released Refresh: Food and Tech, from Soil to Supper, a qualitative report on the myriad of ways that artificial intelligence is being adopted across the U.S. food supply chain. The report highlights how advanced technologies are helping to drive innovation in the nation’s food system. We held a sold-out forum at Google’s HQ in Chicago that featured speakers such as former U.S. Secretary of Agriculture Tom Vilsack and was livestreamed to more than 19,800 viewers.

Thank you for making 2018 such an impactful year.

In a few days I’ll be releasing 2019 plans, but keep in mind that our vision is limited by you taking action right now and becoming a Food Tank member today. Join HERE. 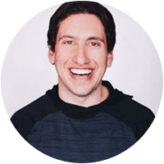 Bernard Pollack is co-founder and serves as Food Tank’s Chairman of the Board along with directing Food Tank’s communications. He is also the creator of Food Tank’s groundbreaking fully immersive new musical “Garjana,” which has won high critical acclaim to sold-out audiences. Prior to starting Food Tank, he served as an expert at non-profit, environmental advocacy, and union campaigning and communications. He spent more than ten years organizing state and national campaigns for the National AFL-CIO that resulted in the election of dozens of major pro-worker candidates and laws in California, Kentucky, Minnesota, Oregon, and Pennsylvania. He has developed communication programs for labor organizing all over the United States and has worked extensively with media reporting on workers’ issues. He also served as communications director at the Worldwatch Institute. He holds an M.A. in political management from The George Washington University School of Political Management and a B.A. from the Elliot School of International Affairs at The George Washington University.

“Take Back Our Democracy By Getting People Involved In Political Work”