Home » Innovation and Technology » Opinion | Edible AI? The Future of Food is Up to Tech

A decade ago, a veggie burger would not have dominated the news cycle. But when the Beyond Meat Burger launched in 2016, it made some serious waves. This year, the company became the first vegan meat producer to launch an initial public offering (IPO), with trading opening at US$46 a share, 84 percent above its initial stock price. And with a slew of competitors nipping at its heels, Beyond Meat is leading a trend.

In some ways, this new generation of meat alternatives is hyper-natural, made from all-plant proteins. But the beef-like taste and texture credited with fooling even the most passionate carnivores is the result of incredible innovations in technology—like specialized molecular aroma-inspecting machines—a potent example of the future of food.

Today, 82 percent of Americans buy organic products regularly, compared to just 45 percent a half-decade ago. And two-thirds say they’re eating less meat in a bid to boost health, both for their bodies and the planet. Technology like artificial intelligence (AI), robotics, and big data might not be commonly associated with the “natural,” or “health” food movements, but in actuality, these advanced technologies are allowing us to eat cleaner, more locally, and more sustainably than ever before. We’re not talking about genetically modified organisms (GMO) foods and genetic modification here—we’re talking about using technology to get the most out of what nature provides to bring healthier, more abundant food to our plates. Here’s how futuristic tech is already changing how we eat.

A farmer’s field might not be the first place you would think to find some of the world’s most sophisticated robots, but that’s exactly where the academics at MIT are aiming their latest inventions. The recent development of smart bots that can pick food straight from the plant offers a high-tech solution to perennial problems like food waste and a scarcity of farm labor. Unlike automated pickers of the past, these bots use machine learning to identify the difference between fruit and vine so they can pick more food, faster, and delicately handle it at the height of its ripeness.

Meanwhile, startups like Iron Ox have developed entire growing systems based around robotics aimed at reducing labor costs and minimizing crop loss due to factors like climate change. Advents like drone pollinators and self-driving tractors are also coming on board to increase efficiency in fields and greenhouses. As a result, those delicious organic tomatoes on your salad will increasingly arrive via a high-tech helping hand.

Humans are eating a wider variety of food than ever before (did we even know quinoa existed in the ’90s?) and the unparalleled access to the latest food du jour is thanks, in large part, to big data and artificial intelligence.

These two developments work hand-in-hand to give us the abundant ingredients many of us take for granted. How? Data tells us what’s happening out there in the fields, the AI tells us what to do with the intel. In a practical sense, this one-two technological punch takes the guesswork out of farming to increase plant health, boost yields, and ultimately provide more consistent, healthier, affordable food—which is increasingly crucial in an ever-changing climate.

Farmer’s Edge, for example, collects the data and information coming from satellites and smart sensors to monitor minute changes in weather conditions. Other companies collect massive reams of data on everything from soil moisture to fertilizing routines while weather monitors and software predict precipitation with pinpoint precision. My own company is working to harness “plant intelligence” by gathering data on how inputs—anything from fungicides to fertilizers to nutrients to water to fairy dust—affect everything from a plant’s susceptibility to pests and disease, to yield, quality, drought-resistance, and its protein or sugar content.

As climate change increasingly affects the predictability of weather patterns, having control over a crop’s strength is vital for our survival and continued culinary variety. The end goal? Allow growers to access the information they need to grow strong, plentiful crops, no matter the conditions.

As consumers grow more comfortable with concoctions like Beyond Meat and intriguing new produce options (kale sprouts, anyone?), AgTech is embracing crop enhancement with gusto. To be clear, this is not about manipulating foods and introducing foreign DNA: it’s about applying smart, data-driven techniques so growers can minimize risks, disease and losses, and emphasize a plant’s full potential and natural characteristics.

Certain lighting frequencies, using LED lights for instance, can change the taste and smell of a tomato, while arugula can become more or less peppery depending on the nutrients it receives. As indoor farming, vertical fields, and automated growth chambers allow for more control over a plant’s growing environment, we’re entering a world where flavor can become customizable by crop—all via non-invasive, ethical inputs that maximize Mother Nature’s existing potential.

We’re already seeing increased transparency from our food producers and servers—just think about how restaurants often list the farm your chicken parm came from—but tracking our food more closely isn’t just about eating ethically: it’s about safety, too. The more we know about a food’s journey, the more we can combat contamination and foodborne illnesses like E. coli.

Some companies, like AgriDigital and Bext360, are tapping into the hyper-accuracy of blockchain technology to help us keep tabs on where our food comes from, and what went into it along the way. Ultimately, blockchain acts like a decentralized ledger that lets you track things on a scale humans could never really do before—like track the journey of individual coffee beans from field to frappe. Traceability means accountability—for end consumers and growers—which means we can keep feeling safe about the food we’re eating, even as environmental concerns are changing.

Finally, there’s another reason technology is poised to revolutionize the way we grow food over the coming years. With a dramatically growing global population, we can’t rely on the way we’ve done things this far to provide the scale and variety of natural foods that consumers now demand. Luckily, AgTech is well positioned to lend a hand to create greater sustainability, cleaner food, abundant kale sprouts, and whatever next foodie trends might be around the corner. 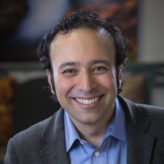 Karn Manhas (@karnmanhas) is the founder of Terramera, which focuses on using technology to grow affordable, clean food for everyone.

Leah Chase, Ambassador of Creole Food and Activism, Dies at 96