Canadian activist, food policy analyst, and writer Wayne Roberts died on January 20 at the age of 76. Roberts was the manager of the Toronto Food Policy Council (TFPC) from 2000 to 2010 and an important advocate for environmental and food systems issues.

Roberts was a native of Toronto, Ontario, Canada and earned a Ph.D. in social and economic history from the University of Toronto in 1978. He authored seven books, including Get A Life! (1995), Real Food For A Change (1999), and The No-Nonsense Guide to World Food (2008). Roberts was also a frequent contributor to NOW Magazine and Rabble.ca. He often wrote about the intersection of environmental, food, and social issues.

In 2008, Roberts received the Canadian Eco-Hero Award from the Planet in Focus environmental film festival. And in 2011 was awarded the University of Toronto Arbor Award in recognition of his development of a food security course in the equity studies program at New College and his role in creating the Global Food Equity Stream Initiative.

In addition to his work with the TFPC, Roberts chaired the Coalition for a Green Economy for fifteen years and served on the boards of the Community Food Security Coalition and Food Secure Canada, and on the Advisory Council for SustainOntario. He regularly held speaking engagements on food systems issues throughout North America and Europe.

Prior to working in food systems, Roberts had an extensive career in community organizing, labor education, industrial relations, and union administration. He wrote several books on unions, including Cracking The Canadian Formula (1992) and Don’t Call Me Servant (1993).

Roberts is survived by his wife and collaborator, Dr. Lori Stahlbrand, and children, Anika Roberts-Stahlbrand and Jaime Kirzner-Roberts. 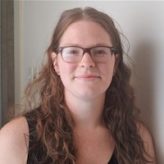 A New Panel Series from Food Tank, IFAD, and the Global Alliance for the Future of Food