Iowa has lost nearly a third of its family farms since Senator Grassley’s election to Congress. The remaining farmers face a crisis. Crop prices have fallen by more than 50 percent since 2013, with no end in sight. In fact, farmers’ debt levels are almost as high as they were prior to the farm crisis of the mid-1980s and Iowa currently has the slowest growing economy of all 50 states.

Meanwhile, a wave of mergers among the world’s agricultural giants is upending the markets for fertilizers, pesticides, and seeds. If approved, the proposed merger would result in just two companies – Monsanto-Bayer and Dow-DuPont – controlling about three-quarters of the American corn seed market. The power that these corporations would hold in the seed market is unprecedented.  The corn, soybeans, and cotton markets would be considered highly concentrated under the government’s own merger guidelines.

Time and time again, studies have shown that monopolies result in less innovation, fewer choices, and higher prices for farmers and consumers. This merger does not just strengthen Monsanto’s control over the corn seed industry. It also helps them grow their dominance in other areas, like fertilizers, pesticides, and precision farming technology. Monsanto’s goal is to bundle all of these products together, sort of like how a cable company bundles internet, phone, and television. And just like with most cable companies, the service will be shoddy and overpriced and leave farmers with no other option.

Farmers already feel this squeeze from unchecked mergers. The price of corn seed has more than doubled in the past ten years – from $51 per acre in 2006 to $102 in 2015 – as a result of similar consolidation, including Monsanto’s purchases of DeKalb and Cargill’s international seed business. If the Monsanto-Bayer merger is permitted, this problem will only intensify, further limiting farmers’ choices and making the products they need even more expensive. “To me, it looks like this consolidation wave has become a tsunami,” Grassley said in a 2016 Congressional hearing.

Roger Johnson, President of the National Farmers Union, echoed this sentiment. “Clearly, the nation’s antitrust enforcement has failed farmers and consumers,” he said at the same Congressional hearing. Let’s right this wrong. We can start restoring competition and save family farms by opposing this merger. Grassley has been silent since 2016 when he first saw this tsunami. It’s time to wake up. It’s here. 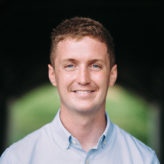 Austin Frerick lives in Winterset, Iowa. A seventh-generation Iowan and first-generation college graduate, Austin has worked at the Congressional Research Service and the U.S. Department of the Treasury. He is running for Congress in Iowa’s 3rd District.

A Plant-Forward Diet Can Be Delicious and Diverse
Get Involved