Accurately capturing a raindrop’s journey to the ground is tricky business. Evaporation can cause a raindrop to shrink between the time it is captured by radar in a cloud and when it hits a farmer’s field, and this can make it hard to rely on radar-based rainfall estimations in some areas. Researchers from the University of Missouri in Columbia are taking a closer look at evaporation. With the use of specialized weather algorithms, they find they can improve rainfall estimates, and they hope their new methods will be adopted by weather stations as they evolve.

Pam Knox, an agricultural climatologist for the University of Georgia in the Department of Crop and Soil Sciences, who was not involved in the research, thinks the “addition of evaporation into the calculation — rather than just the raw estimation of rain from the rainfall intensity — provides an improvement in measuring the total volume of water that falls on the farmers’ fields.”

“As rainfall amounts can vary greatly over small distances and radar covers wide areas, if we can improve the accuracy of the radar data and make rainfall observations more reliable, then farmers can trust the information when making decisions regarding possible irrigation and application of fertilizer or pesticide,” associate professor of atmospheric science Neil Fox says. He carried out this research and co-authored the related study with doctoral student Quinn Pallardy.

In many agricultural areas in the United States, as well as other countries, there isn’t a radar station nearby. Multiple states, including Indiana, Iowa, Minnesota, Missouri, Nebraska, and Ohio, only have two or three radar stations. This study was carried out in Central Missouri, near Columbia, with the nearest radar about 80 miles away in St. Louis.

The farther away one gets from a radar station, the more likely it is that its rainfall estimates will be inaccurate. This is because radar beams rise up as they travel; the farther out they beam, the higher up they measure. This can create an increasing disconnect between measurements in the clouds and the amount of water that actually hits the ground, especially when the air is dry and evaporation levels are high.

NASA research meteorologist Dr. George J. Huffman, who was also not involved in this project, tells us this work is “innovative” and “addresses a long-standing, known problem.” He says he observed it himself in Montana, where radar-based estimates of rain showed significant accumulations in cases “where the surface rain gauges recorded minimal or no rainfall.”

The raindrop model analysis included parameters like latitude, longitude, height, pressure, relative humidity, temperature, and terminal, or highest, velocity. Fox describes the entire procedure as an algorithm “based on the physical understanding of how evaporation of spherical drops of water occurs under atmospheric conditions.” According to the study, they were able to estimate the movement and evaporation of each size of raindrop from the height at which rain is observed by radar to the surface.

They discovered their procedure could improve the accuracy of rainfall estimates, particularly for locations 30 miles or more from the nearest National Weather Service radar. This means their method can counteract the problem of radar-based rain estimates becoming less accurate in areas farther away from stations.

The method was found to be most helpful for rainfall estimation in drier air conditions where evaporation has a greater impact on the size of drops. The researchers note a “potential reduction in model accuracy for humid atmospheres” in the study. Fox says humidity is “usually a problematic measurement” because it can “vary rapidly in space and time.” He says “evaporation of the rain can quickly moisten the air, so that the condition of the atmosphere before the rain started is very different to that once the rain has begun.” In other words, rain evaporation affects humidity, which affects rain evaporation, so measuring these factors in real time is hard.

Similarly, Huffman thinks “accurately [representing] the local humidity” will be the “interesting challenge” as this “groundbreaking” work continues.

Despite this known difficulty, Fox and Pallardy conclude that the effects of evaporation “were significant enough to warrant further research into the inclusion of high-resolution model data in the radar rainfall estimation process for appropriate locations.”

These rain-watching researchers already have plans to improve the precision of their measurements and see fertile ground for future related inquiry. Fox says one of the main current advancements in the research is a boost in their radar and weather balloon equipment, which helps in settings where they have only had a small number of weather stations with which to compare their results.

He also says Quinn Pallardy, his student co-author “who did most of the work, [and] should receive the credit,” is rewriting their computer program so they can carry out more comprehensive studies.

Fox hopes their method will eventually be taken up by weather stations to potentially help society with crucial processes like crop management and flood prediction.

Knox believes these new rain estimation procedures can assist farmers in a variety of ways. For example, she says, for farmers who don’t irrigate, improved knowledge of the distribution of rain and conditions on the farm can influence the timing of harvests or the application of fungicide. And, those who do irrigate could be more precise with their application of water. “In brief, saving water is saving money,” she says.

Fox plans to test the system beyond Missouri in the future and mentions a possible expansion into places like Arizona, which have critical water resource issues that “require the development of the best observation and prediction of rain.” This challenge spurs he and his colleagues forward in their meticulous efforts to better understand and report the weather. 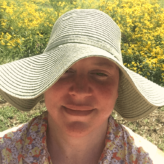 Julia Travers is a writer, artist and teacher in Virginia. She often covers science, culture and creative responses to adversity, from gardens in refugee camps to street art programs for seniors. Her work appears with NPR, APR, YES! Magazine, Discover Magazine, Earth Island Journal and other publications—read more at jtravers.journoportfolio.com.
Previous Article

"Our Motivation Wasn’t Just Organic: It Was Saving Family Farms”