The West and Central African Council for Agricultural Research (CORAF) has recently focused efforts on harmonizing seed regulations in order to promote the seed trade between African nations. The project has been a cooperative effort between CORAF, the United States Agency for International Development (USAID), the World Bank, and other developmental actors. According to CORAF, major benefits are already visible due to seed harmonization efforts.

Major stakeholders such as Stephen Yacouba Atar, the CEO of a Nigerian seed corporation, Da-Allgreen Seeds Limited, have vouched for its early successes, according to CORAF. Uniformity in the seed trade has allowed commercial seeds to cross borders in weeks rather than months, says CORAF. Even with the increases in trade that uniform seed regulations promise, CORAF notes that it is looking to further strengthen the industry through cooperative technological advancements and by promoting awareness of the benefits of the seed harmonization rules.

To see the full article by CORAF and an interview conducted by CORAF with the CEO of Da-Allgreen, please click here. 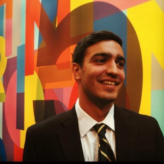 Alex Bezahler is a Research and Communications intern with Food Tank. Alex recently graduated from Temple Law School in Philadelphia, where he focused on environmental law and natural resource regulation. He has also worked on organic farms throughout the United States and regularly volunteers on local urban farms in Northern California.
Previous Article

Food Is No Longer the Hunger Solution: Food Tank at New York University