Money Where Our Mouths Are (MWOMA), which is organized by AgFunder, The New Food Economy, and Karen Karp & Partners (KK&P), has published the first global dataset showing the funding inequalities for women in agri-food tech. A mere 7 percent of deals and 3 percent of investment dollars went toward female-founded start-ups between 2015–2018, according to their findings.

“We gather data because if you want to influence the finance sector, you need statistics…and show [investors] the numbers,” says Karen Karp, President and Founder of KK&P.

According to AgFunder, the agri-food tech sector reached an all-time high in 2018 with US$16.9 billion invested and a 43 percent year-over-year increase. But MWOMA’s study reveals that only 16 percent of closed deals went to start-ups with one female founder and just 7 percent to all-female founding teams. Structural bias in the finance sector, says Karp, favors the male counterparts. “A number of investors tell us they are just more comfortable with men,” Karp tells Food Tank.

Nevertheless, female-founded start-ups ultimately deliver higher revenue and grow faster, according to a study by the Boston Consulting Group and Forbes, respectively. “Women play many roles in their lives; they are partners, mothers, and business owners,” Karp tells Food Tank. “As a result, women have to be very focused and strategic with their time—they are very practical.” A practical attitude, paired with a deep understanding of the company’s internal structure, says Karp, enables women to lead successful businesses.

“The lever that needs to change is that more women become investors and decision-makers,” Karp tells Food Tank. “[Today], more than 82 percent of investment decision-makers are men.” According to Karp, placing women in decision-making roles across investment banking and venture capital organizations will, therefore, direct more funding to female founders and CEOs.

The next steps for the MWOMA team include disseminating the research results and facilitating conversations within the agri-food tech sector to change funding practices. “We want to serve the investment and entrepreneurship community,” Karp tells Food Tank. “We are looking for supporters; we would love to have more venture capitalists and investment groups come…tell us how they see our work and what they would like us to help them with to expand the knowledge base and ability to invest in women-run businesses.” 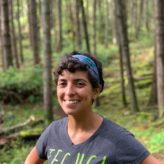 15 Organizations Creating Healthier Soil to Save the Planet