Over the past few decades, Toni Tipton-Martin has accumulated a lot of books. Hundreds of them. Mostly cookbooks, and mostly by Black writers, home cooks, and chefs who have not been given their due in American food culture. Her mission in her two most recent cookbooks, The Jemima Code in 2015 and Jubilee in 2019, is not only to trace Black cooking through centuries of history but also to celebrate and honor the contributions these cooks have made to global foodways.

The themes of rediscovery and celebration have run through her work from her time as the first African American food editor at the Cleveland Plain Dealer to her current role as the editor-in-chief of Cook’s Country magazine. She has won prestigious honors from the James Beard Foundation, the Julia Child Foundation, the International Association of Culinary Professionals, the Southern Foodways Alliance, and more.

Food Tank is delighted to feature Tipton-Martin’s work as the inaugural feature of our monthly cookbook series, where we will spotlight transformative and inspiring recipes you can make at home to eat in a more sustainable, socially just, and fresh way. With Tipton-Martin’s permission, Food Tank is sharing a short excerpt from the introduction to Jubilee as well as two delicious and plant-forward recipes: One for akara, or Nigerian black-eyed pea fritters, and another for a bright and seasonal corn-and-bell-pepper maque choux. We’re also including her headnotes for each recipe so you can learn a little more about where in cookbook history these dishes originated.

And one more thing: When you cook these recipes at home, let us know! Tag us on social media @FoodTank or #FoodTank so we can admire your meals and share your photos.

As I knelt on the cool hardwood floor in my home office, surrounded by books that span nearly two hundred years of black cooking, I realized my ancestors had left us a very special gift: a gift of freedom, culinary freedom. And like the Biblical Jubilee that marks restoration of a people through deliverance, rest, and land conservation, and like Jubilee Day celebrations marking the emancipation of enslaved Americans, our culinary Jubilee is also about liberation and resilience. Our cooking, our cooks, shall be free from caricature and stereotype. We have earned the freedom to cook with creativity and joy.

I had spent a near fortune in musty secondhand and antique bookstores, tracing the elusive history of talented, professional black cooks whose legacies have been overshadowed throughout history by the famous caricatures. You know their names—Aunt Jemima, Mammy, Uncle So-and-So—while the names of the women and men who have created so much of American cuisine have been obscured or lost. Before I knew it, I had recovered nearly 400 black cookbooks—many of them rare—dating to 1827, with themes that reflect not just Southern cooking or the soul food African Americans are known for and pigeonholed in, but immensely broad culinary interests and recipes. These books convey a wide range of technical skills and knowledge, each one written with determination and a sense of pride.

From them, we learn that the rich, savory fritters called akara may have inspired the cornmeal fritters Southerners know as hush-puppies. Akara can be made from black-eyed peas, red peas, or navy beans, depending on the cultural tradition of the cook; they may contain a variety of optional ingredients, such as okra, cheese, diced tomatoes, or egusi (West African gourd seeds); and in Brazil, women vendors sell akara with shrimp sauce.

Traditionalists separate the fleshy pulp of the peas from the skins by rubbing a few peas between the palms of the hands. I save time and effort by pressing small amounts of the peas with the back of a wooden spoon through a fine-mesh sieve.

Here is a recipe for a foundational akara, which you can personalize by adding mined hot chile peppers, sweet or roasted bell peppers, ground cumin, chili powder, or smoked paprika to serve as a side dish. For a surprise on your appetizer buffet, accompany with pico de gallo, salsa, or chutney.

1. Soak the peas overnight in enough water to cover. Drain them in a colander and discard the soaking water. Working with about ¼ cup at a time, rub the peas between the palms of your hands or press with the back of a wooden spoon in a fine-mesh sieve to remove the skins (discard the skins).

2. Transfer the peas to a food processor. With the machine running, gradually add enough water (about ¼ cup) so the mixture forms a stiff paste. Press the pulse button 2 or 3 times to mix in the onion, garlic, cayenne, and salt.

3. Pour a few inches of oil into a large Dutch oven or other wide deep pot (making sure you have plenty of clearance to prevent the oil from bubbling over) and heat the oil to 375ºF over medium-high heat. Scoop the mixture by the tablespoon and drop into the hot fat. (Using a small cookie dough scoop will help the akara maintain its shape.) Deep-fry until golden, turning occasionally to ensure even cooking, 2 to 3 minutes per side. Drain on paper towels before serving.

The 2000 publication of Food for the Soul: A Texas Expatriate Nurtures Her Culinary Roots in Paris accomplished two goals for its author Monique Wells. Collecting the recipes resolved her—and other Parisian African Americans’—hankering for a taste of home, and sharing lovely, seasonal dishes like maque choux (adapted here) opened the eyes of elite French cooks to the flavors of the American South and Southwest. This led noted French chef Alain Ducasse to write Wells’ preface, lauding generations of black cooks who, like Monique, dedicated themselves to uplifting the image of soul food.

1. Use a sharp knife to cut the kernels off the corn cobs, then turn the knife and use the dull side to scrape the cob down to release any remaining bits of corn and corn milk.

2. In a heavy skillet, heat the butter over medium-high heat until melted and sizzling. Add the onion, bell pepper, and garlic and sauté until softened, about 3 minutes. Stir in the thyme, red pepper flakes, black pepper, salt, sugar (if using), and corn. Cook, stirring until the corn is cooked through, about 5 minutes. Add the cream and cook 5 minutes to thicken. Stir in the parsley and green onions. Taste and adjust seasoning with more salt and pepper.

Jared Kaufman is Food Tank’s newsletter manager and a Minneapolis-based food journalist and cheesemonger. He holds a master’s degree in food studies from Boston University’s gastronomy program, where his thesis research focused on the sociology of kids’ menus, and a magazine journalism degree from the University of Missouri. Follow him on Twitter @jaredography / email: jared@foodtank.com 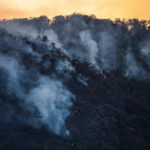 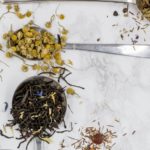 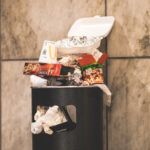