A 2020 report from the U.N. Food and Agriculture Organization finds that 59.6 percent of fish stocks are “maximally sustainably fished.” Since 1990, there has been a 122 percent increase in fish consumption and the global appetite for fish is only growing. Worldwide capture fishery production reached 96.4 million tonnes in 2018, the highest level ever recorded.

“We must strike a balance in supporting sustainable industries while increasing protections for our seas to ensure a healthy, resilient and diverse marine ecosystem,” UK Environment Secretary George Eustice says in a statement.

A 2021 survey conducted by DEFRA and the Ocean Conservation Trust finds that 57 percent of people in England and Wales rated ocean health as poor or very poor. Respondents feel that the greatest threats to the marine environment were plastic pollution, chemical pollution, and overfishing. Seventy-eight percent of respondents say that they have or are willing to make lifestyle changes to protect the ocean.

HPMAs are defined areas of the sea protected from industrial fishing practices. These techniques include bottom trawling—which involves dragging a heavily-weighted net along the bottom of the seafloor—and any other activities requiring extraction, destruction, or deposition. These practices can cause tremendous damage to fragile marine ecosystems and catch non-target species such as corals, turtles, dolphins, and seabirds.

The HPMAs will complement the already existing Marine Protected Areas (MPAs), which cover forty percent of UK waters. MPAs are aimed at aiding ecosystem recovery while also allowing sustainable fishing practices to continue. But an investigation by Oceana in 2020 shows that bottom trawling and dredging occurs at 97 percent of MPAs around the UK. Oceana’s investigation also indicated that many MPA sites suffer from a lack of strong management that focuses on protecting only one habitat or species, allowing for other damaging activities to take place.

In June of 2020, the former Environment and Fisheries Minister Richard Benyon published a review, commissioned by the UK Secretary of State, concluding that HPMAs are an essential component of conservation efforts. In response, the UK government announced their intent to introduce the areas into UK waters.

The UK has since outlined a site selection process that will evaluate the ecological, social, and economic impacts of potential HPMA sites. A number of organizations will engage in the evaluation of potential sites, including DEFRA; the Joint Nature Conservation Committee; Natural England; the Centre for Environment, Fisheries and Aquaculture; the Marine Management Organisation; the Association of Inshore Fisheries and Conservation Authorities; and the Environment Agency.

But the National Federation of Fishermen’s Organisations (NFFO), which represents fishers across the UK, has expressed concern about the HPMA selection process. NFFO points out that the first stage of the HPMA nomination process is exclusively focused on ecological criteria and does not account for socio-economic impacts until later.

Dale Rodmell, Assistant Chief Executive at NFFO tells Food Tank, “Deliberately ignoring human use issues in the selection of HPMAs is a fool’s game. We need to derive protein from seafood in the most synergistic ways that safeguard fish stocks and ecosystems. If we ignore how that is best done in harmony with food production, it is to the disadvantage of the ecosystems we seek to protect.”

Proponents of HPMAs posit that fishers stand to benefit from HPMAs, as healthy fish stocks will spill over into the surrounding waters. But Rodmell tells Food Tank, “There are often unintended consequences resulting from displaced fishing that can negate any effects from spillover.” For example, when fishers lose access to one area, they may be forced into another that is further away and already highly-populated by fishers. According to Rodmell, this can lead to increased competition among marine users and spatial conflicts.

Meanwhile, environmental groups are urging the UK government to act swiftly and impose stricter protections more broadly. Chris Thorne, oceans campaigner at Greenpeace UK calls HPMAs vital, but only a small step in the right direction until sites are significantly scaled up.

DEFRA plans to develop a list of potential sites by the end of 2021 and designate five sites in 2022. 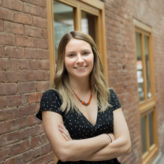 National Climate Leadership on Healthy and Sustainable Diets: A Win-win for People and Planet

To Slow Climate Change, We Must Reimagine What It Means to Eat Like an American