Home » Op-Ed » To Slow Climate Change, We Must Reimagine What It Means to Eat Like an American

Burgers and steaks have come to symbolize both the all-American meal and the heart of a destructive American ideology, which may explain this year’s meat-centric controversies, like Colorado Gov. Polis’ Meat Out Day and President Biden’s nonexistent burger ban. Suggesting we eat less meat is often met with a perplexing fury, though U.S. beef consumption is a major driver of the climate emergency.

Like apple pie, burgers have become icons of Americana. But unlike apple pie, beef reveals the dark side of American consumption: greenhouse gases, degraded grazing lands, and the grim realities of slaughterhouse impacts. So how did hamburgers—named after a city in Germany—become so enmeshed in American identity? And what’s the next step when our environmental future hangs in the balance?

Beef production is historically rooted in western colonialism. Cows and colonialists on frontier ranches displaced native people and wildlife in a display of dominance over nature. Perhaps these colonial origins of beef explain why many Americans celebrate Independence Day with an overindulgence in meat. Every Fourth of July, people in the United States consume 150 million hot dogs and 190 million pounds of red meat or pork. According to the U.N. Food and Agriculture Organization, the United States is one of only a small handful of countries that eat more than 220 pounds of meat per year.

That eat-meat-or-die mentality didn’t come about by chance. With the rise of drive-ins and the advent of fast food, beef overconsumption became increasingly normalized. This was furthered by government subsidies for beef producers and clever marketing slogans that became a part of the American lexicon, raising questions about whether meat producers meet demand or drive it.

While overindulgence in meat is considered traditional American practice this view overlooks some key food history. Our consumption of meat changed when our access to it changed. Where once meat had been the provision of small farmers and hunters, industrialized production sent meat to grocery stores across the country. With it came a way of producing meat that depended on industrial crop production to feed farmed animals, clearing vital swathes of carbon-storing grasslands to grow monocrops drenched in toxic pesticides.

Frances Moore Lappé, food advocate and author of the revolutionary book Diet for a Small Planet, calls the American fascination with animal protein “a fixation.” During Moore Lappé’s childhood in Texas, stockyards were an ever-present background. “I know the meat mystique,” she says. “The idea of a meal without meat was just not really conceivable.” That mentality relied on the false belief that people couldn’t get enough good protein without eating meat. “It wasn’t even discussed or questioned,” she says, “it was just a given.” Yet Moore Lappé points out that, on average, Americans eat double the amount of protein their bodies need—even though plant-centered eating is associated with longer lives.

Our overconsumption of beef also makes the price of it environmentally unaffordable. The recent IPCC report stressed the importance of reducing agricultural methane emissions to stem the tide of climate change, and cattle are a leading contributor to agricultural methane. Some studies show reducing beef consumption by 90 percent is necessary to mitigate the climate crisis. And a report published in Nature this September shows that greenhouse gas emissions from meat-based products are double those of plant-based foods. Our environmental future depends on changing the cultural norms around meat consumption.

Dr. Jonathan Foley, climate scientist and executive director of Project Drawdown, notes that there isn’t a silver bullet climate solution. But in the 2017 book Drawdown, nearly half of the proposed solutions are agricultural. Foley recommends that in addition to rewilding land and adopting farming techniques that store carbon and promote biodiversity, a key climate solution is to eat less meat, “especially reducing the amount of red meat and dairy products we eat,” he says.

Moore Lappé describes this as a shift in thinking from a plant-centered diet to a planet-centered diet, which brings food back into its rightful place in communities and the ecosystems that produce it. “It’s not only unethical to waste precious food by this very inefficient production system of grain-fed meats in our diet,” Moore Lappé says. “It’s also destructive of the entire web of life as it eradicates species.”

Although wider change is needed, like aligning U.S. food and climate policy, individual diets matter too. “When we act in ways aligned with the world we want, we feel more credible to ourselves and therefore to others,” Moore Lappé says. In other words, if we want to prevent the worst impacts of climate change, we need to change what it means to eat like an American. 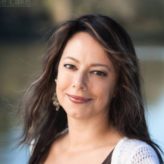 Jennifer Molidor, Senior Food Campaigner, helps lead the Center for Biological Diversity’s sustainable food initiatives, including the Take Extinction Off Your Plate campaign. She drives the Population and Sustainability Program’s Earth-friendly Diet initiatives related to industrial animal agriculture, overpopulation and overconsumption, and the impact of our food systems on wildlife and the planet. Before joining the Center in 2015, she worked on a number of food, wildlife and environmental campaigns as the staff writer for the Animal Legal Defense Fund; she holds a PhD from the University of Notre Dame and taught for many years as a professor at Kansas State University and San Francisco State University.