Crop production in Africa has increased significantly in the last two decades, though most of the growth was mainly area driven, with marginal and ecologically fragile land being brought into production. There was a 34 percent increase in cropland over the same period, albeit at the expense of forests, wetlands and protected mountains. This challenge demands urgent interventions that should meet two key objectives: feeding the growing population by significantly increasing crop yield and productivity, and producing more per unit of land and other inputs thereby reducing pressure on biodiversity, and sustainably managing land and water resources. Climate sensitive, sustainable farming that efficiently uses context-specific, critical inputs has proven to address these two societal objectives.

Unfortunately, the alternative paradigm being taunted is for Sub-Saharan Africa (SSA) to pursue no-input, a business as usual approach in which farmers default to the traditional production systems of one ton agriculture. Such systems have been mining soil nutrients through crop removal for centuries, with limited replacement by external inputs. For instance, each ton of maize grain produced removes about 15 kg of nitrogen, 2.5 kg of phosphorus and 3.0 kg of potassium from the soil. Yet, the current average application rate of fertilizer in SSA is 14 kg ha-1, at least 10 times lower than the 141, 154, 175 and 302 kg ha-1 in South Asia, EU, South America, and East Asia, respectively. Moreover, farmers in industrial farming could produce without additional input and without yield penalty for at least 10 years, due to the huge accumulation of nutrient stock in their soils. In SSA, given the extremely low nutrient stock in the soil, low biomass availability, and high competition among different uses, organic fertilizer may cover the needs of only 10 to 15 percent of the farm. The current Ukraine-Russian conflict may even aggravate the situation and lead from using little inputs to none.

Since 2006, Alliance for a Green Revolution in Africa (AGRA) has been supporting African farmers to enhance productivity and resilience. AGRA’s interventions drew extensively from the positive and negative lessons of the Green Revolution in the 1960s. While AGRA appreciates the growing concerns around the impact of input intensive production systems on the environment, such as soil and water contamination as arising from the use of fertilizers agro-chemicals in the industrial agricultural systems, no use of external inputs in SSA led to degraded farms and landscapes, encroaching fragile lands. AGRA argues that the African context is unique and demands an innovative approach that combines nature-based solutions with critical farm inputs to enhance productivity, soil health, and the resilience of smallholder farmers.

AGRA has been pursuing an ambitious goal of supporting African governments to fundamentally transform agriculture in an inclusive and sustainable way, with a vision to reach and impact the lives of at least 30 million small scale farmers. There are few successes that AGRA has achieved. For example, AGRA has directly reached over 11 million smallholder farmers through enabled extension and market systems, and indirectly reached 24 million smallholder farmers through policy and regulatory reform interventions.  An external evaluation of AGRA’s strategy showed that AGRA’s support to governments has led to quicker turnaround times for agricultural policy reform, from eight to 10 years down to three to five years. With extension capacity being a key constraint across the continent, AGRA has sought to support improved access to extension knowledge and technology by providing technical support to governments and bringing down the extension-farmer ratio by training 36,000 village-based advisories (VBAs). As a result, VBAs have become a source of income for many unemployed youth, who use it as a conduit to become entrepreneurs, agro-dealers and aggregators of local produce. The relative success of VBAs has seen a growing appetite by governments to use this model to expand extension, including in Burkina Faso, Kenya, Ghana, and Mozambique. Moreover, AGRA supported the development and release of drought resistant and nutrient dense crop varieties (cassava, rice, maize, soybean, sweet potato, beans, and pigeon peas). For instance, in Tanzania, out of 52 released varieties by local institutions, 30 are commercialized and currently utilized by farmers.

AGRA, which is a learning institution, has attained some notable level of success in supporting farmers. It appears that the criticisms leveled against AGRA are based on a fundamental misunderstanding of AGRA’s role and its approach. The demand-driven nature of AGRA’s policy reform work, its alignment with continental policy frameworks, and its focus on benefitting smallholder farmers are at the core of the institution’s philosophy and interventions. The ideological calls to de-fund AGRA are unfortunate and seek to threaten and reverse the successes and gains made in key areas in the continent’s transformation journey. What is the opportunity cost of doing nothing? We call upon these voices to visit the transformation happening to smallholder farmers in Africa rather than divisionary unwarranted voices. 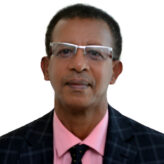 Dr. Tilahun Amede is the Head of climate, resilience and soil health unit at AGRA. Tilahun is a systems agronomist with profound experience in African Agriculture, with 130 plusscientific publications, largely in peer reviewed journals. Before joining AGRA, Tilahun worked as a Principal Scientist with CGIAR systems for 20 plus years.