Recent years have seen a rapid proliferation of tech incubators and start-up acceleration programs across the continent. Many are agriculturally focused.

While the real efficacy of this incubation boom is under the spotlight, there is no denying that the drive for ag-tech innovation in Africa is heating up. With this, agricultural entrepreneurs and tech startups are faced with a difficult decision: do they follow the (comparatively) easy money by replicating industrial systems onto Africa farms or do they attempt to leap-frog towards just and sustainable solutions for Africa’s food system?

Writing as a farmer based in Southern Africa, the high-tech agricultural operations in many Organisation for Economic Co-operation and Development (OECD) countries are often a source of envy. However, although modern industrial value chains appear productive, profitable and efficient, here are four reasons this is not a model ag-tech innovators should be seeking to emulate without making some radical adjustments first. I outline four reasons for this, before offer five guiding principles which ag-tech innovators should be following.

Let’s start with the bad news on the current system which so many tech innovators seem to seeking to replicate across the African continent.

The current model of industrialized agriculture is a weak business proposition. Using conventional economic metrics, OECD agriculture often fails as a viable business proposition. The EU which spends roughly 60 billion Euros every year keeping its farmers in business. This massive annual subsidy is three times as much as Europe spends annually on development aid to all of Africa.

However, the costs don’t stop at the farm, the current industrialized model of commodity driven production, will drive an huge increase in non-communicable diseases that will have huge knock-on costs for the health sector. While modern agriculture has provided unprecedented variety and stability to much of the world, monocultures and their associated supermarket value chains of highly-processed calorific-foods are also driving an unprecedented increase in non-communicable diseases such as diabetes and heart disease. Ask the U.S., UK, Brazil, South Africa, and the list goes on. In 2017 the costs of diabetes treatment in the U.S. alone amounted to a staggering US$327 billion—almost four times the total profits made by all American farmers that year.

This constitutes a sophisticated looting of public health coffers by the big industry. For African policy makers, embracing American-style agro-industrial practices is not only likely to unleash a continental health crisis, but it would also be an exceptionally bad economic decision that enriches multinational corporations through a hidden tax on their tax base.

It is a rather unpalatable fact, that despite the grinding hunger we see all around us, humanity already produces far, far too much food. Globally there are twice as many overweight people as there are underweight people and, on top of that, we waste 30 percent of all food produced.

In spite of this unprecedented over-consumption and wastage, we still have a lot left over. Sadly, these food surpluses do not find their way to hungry stomachs. Instead, surpluses are largely pumped into cars in the form of biofuels, or into a brutal global factory-line of caged animals destined for the shopping carts of an increasingly wasteful and over-fed middle-class.

Unless we fundamentally change by whom and how food is produced, further increasing global food production, will not solve hunger. It will only deepen our obesity crisis, accelerate environmental loss and increase the volume of animal products consumed by the rich and middle classes.

Then, last, but not least, agriculture as we’ve know it in the Global North has been ecological disaster. Using True Cost Accounting standards, the 20th century model of commercial agriculture is completely economically unviable almost everywhere. Any Green Peace activist will tell you this, but if you don’t believe them, ask KPMG, who put the agricultural sector’s environmental cost at 224 percent more than its earnings. Whether considering its green-house gas emissions, the rampant destruction of the Central African rainforests, or huge oceanic dead-zones in the gulf of Mexico as a result of fertilizer run-off, the ethics and economics simply don’t add up.

Acknowledging the points above does not imply that the widespread survivalist model of farming for US$1-2 per day is something we should be content with. But what it does imply, is that unlike most of Europe and North America, at least the majority of African farmers are making an honest (albeit small) profit without plummeting the Earth deeper into a climate crisis.

Reframed from this perspective, the really gritty question ag-tech innovators should be asking is: what would it mean to avoid replicating failing industrial models of food production onto Africa in order to leap-frog the continent into something truly just and sustainable?

Nobody really has the answer. However, for those keeping an eye out for useful solutions bubbling out of Africa’s ag-tech incubators, there are five things we can be fairly sure of:

First, keeping things short and fragmented is better for both farmers and the environment. Short supply-chains and vibrant territorial food markets will play a central role in promoting wellbeing, sustainability, and good livelihoods along the length of Africa’s food value-chains. Technological innovations need to radically improve supply-chain efficiency while retaining their highly fragmented structure.

Second, the question we should be trying to solve for is how, not how much. The overall quantity of food produced needs to become increasingly secondary to metrics on the ecological how and the socioeconomic by whom of production.  This means true solutions will not be driven by big projects specializing in a small number of commodities. Rather, solutions will focus on achieving incremental gains across very wide pools of producers, processors, and informal economy retailers.

Third, deepening knowledge and strengthening networks works is key. Improved access to knowledge and networks, rather than access to chemicals and credit, will become the primary cornerstone of future solutions. As the primary interest of the world’s large agrochemical companies is first and foremost to build sales channels for their products, most game changing innovations will need to leverage core funding from elsewhere in order to stay true to purpose.

Linking to the third point, increased investments into agriculture will need to be matched with tech solutions which better enable people to solve problems from within: Multiplying the impact of the knowledge, equipment, and capital they already have at their disposal.

And, lastly, from an ideological perspective, start-ups must remember that irrespective of wealth levels, people are motivated by more than just profit. Their solutions need to reflect a blend of capitalist, wellbeing, and solidarity ideologies. This means developing solutions that inspire young people with a sense of purpose, supporting them to become not only successful business people, but also admired social entrepreneurs and environmental champions within their communities.

Food system transformation is one of the great challenges of our time and for African entrepreneurs this represents both profound challenge and opportunity. However, as Africans we are young and we are many, and, as the saying goes, many hands make for light work. 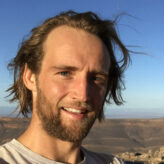 Dr. Luke Metelerkamp is a research associate at TMG’s Urban Food Future’s program and a farmer based in South Africa.