The result of a brainstorm between two college friends, Transfernation is now a dynamic organization fighting food waste in Manhattan and beyond with a sustainable, scalable business model.

Transfernation’s core goals are twofold: rescue food from events around New York City and bring it to those who need it. Samir Goel and Hanna Dehradunwala teamed up to recruit devoted volunteers to start up Transfernation while still in college at New York University.

Food Tank spoke with co-founders Samir and Hannah about how they were first motivated to take on the challenge of food waste and what’s next for the organization.

Food Tank (FT): How did you first get inspired to work on food system transformation?

Samir Goel (SG): Growing up as part of an immigrant family, food access as an issue was something I was exposed to early on. When I had the opportunity to come to New York for school, I was struck by all the events with lavish amounts of food that was discarded. I’ve always been a foodie, and was driven toward solving the food access crisis in America.

Hannah Dehradunwala (HD): It’s one of those things that needs a lot of work and, at the same time, is very solvable. What really needed to, and still needs to, change is the mindset that many people have regarding excess food. ‘Extra’ is often used interchangeably with ‘unused,’ and what has been deemed ‘unused’ and perishable is often seen, automatically, as trash.

It sounds so basic, but we need to learn the difference between food and trash, so we don’t accidentally throw out the very means of solving a massive yet basic problem [of hunger] in our country. We need to establish means of communication between places where excess resources exist and where they can be used so that we don’t spend more time and yet more resources trying to build what we already have.

FT: What do you consider the most pressing issue in the food system?

SG: Every food system has a different key issue, but I think food waste is the number one thing we need to solve around the world. We have more than enough food to feed everyone. We just don’t have the resources to keep wasting 40 percent of the food that is produced every year. How can we be more savvy with the resources we do have?

HD: There’s a blatant communication problem. The reason why we have sectors with immense amounts of excess food and sectors that are in need of it is because no medium of communication exists between the two. If the problem we’re trying to solve is hunger, we have to look to where the resources are—the restaurants, the corporate events, the grocery stores and be critical in assessing how these sectors are utilizing their food resources.

FT: How did you first come up with the idea for Transfernation?

SG: While I had this burning desire to work on this issue of food access, I encountered the Social Impact Business Challenge, and was immediately interested. Fortunately, after asking around, I found out my close friend Hannah was very interested as well. After talking about it a few times, we decided to just go for it and see what happens.

While brainstorming, we kept coming back to the amount of food waste we saw around us. We thought there had to be an easy way for all this extra food to go to the people who really needed it. That line of thought led to the creation of Transfernation.

Transfernation, when it started, was supposed to be a logistics-free platform where companies would post whenever they had extra food so volunteers could come to pick it up. We quickly realized that in addition to this information gap, there existed a huge logistics and time gap as well. As a result, we pivoted to becoming a logistics-driven organization.

HD: Not to harp on the communication aspect of the problem, but it was interesting for me to see how the same factors that perpetuated food waste in the United States were also key players in food systems of other countries. I lived in South Asia and the Middle East before starting college, and hunger and food waste existed in these countries, not necessarily because not enough food was being produced, but because the sector that was producing the food wasn’t interacting efficiently with the people and organizations that could use it.

One thing I did notice during my time abroad, however, was how households engaged in the redistribution process. Household food comprised one of the major sources of waste in these countries. Many people I knew who were cognizant of this would routinely package and donate it to those who were in need or set up fridges outside their houses so that people could store extra and take what they needed. Seeing activities like these got me interested in the immense potential that food redistribution has to improve food systems.

FT: How did you manage a startup while also being a student?

SG: A lot of coffee, that was pretty crucial. I believe there is no such thing as not enough time—it’s all about how you prioritize your time.

School was fine, but I quickly realized I learned best through experience. Transfernation was by far the best learning experience I’ve had in my life.

In addition, I started thinking strategically about streamlining—if I had a class about volunteerism, or business concepts, I thought about how to plug them into Transfernation. When I worked jobs to pay down loans and living expenses, I’d ask my employers about their experiences around food waste and what stopped them from donating in the past.

HD: A lot of prioritizing. I’m more of an experiential learner and I absorb concepts best when I can actualize them. I didn’t really know that much about business when we were first starting out, but slowly putting together the system that we were trying to build was a great way of getting to know how a lot of different sectors worked. It was like having another major.

FT: Who all have you worked with so far?

The first is, as with any kind of venture, the sponsors, funders, and people that champion you. We were fortunate to receive a ton of support from Clinton Foundation and Clinton Global Initiative (CGI) along with The Resolution Project. Later, we also received support from Jefferson Awards, Clif Bar, and Dalai Lama Fellows, to name a few. That community of people has been instrumental to our success. Their support was not only through fundraising but also playing instrumental advisory roles.

The second is our social partners, which primarily includes shelters throughout Manhattan, totaling around 20, but we work most closely with 8 to 10.

FT: Who do you plan to reach in the future?

SG: We are in a state where everything is about scale.  We’ve been around for three years in total now—our first year was very discovery based, and now we have two operational years our belt.

We are currently focused on implementing a revenue generating business models. This was always the plan, but now we have the scale to execute it. Essentially, we are having our corporate partners pay us based on the cost savings they get from working with Transfernation, which allows us to compensate our volunteers and scale the organization.

Our primary focus is expanding to all five Boroughs of New York City. We’ve only scratched the surface of NYC, and no other city has the same infrastructure and the event density. After that we want to expand to other major cities through our pre-existing corporate and catering partners. Eventually, we hope to be the events solution for sustainable events.

When we first started, our biggest challenge was on-boarding corporate partners. Now that we are more established, we get requests to partner from corporations across the city.

FT: Does the work of your nonprofit complement that of other initiatives around New York?

SG: Absolutely. One of the reasons we saw our specific niche is because we saw organizations like City Harvest, for example, focusing on restaurants and grocery stores.

We differentiate ourselves through technological integration. We are making a seamless system that works well with event spaces, since there’s a great amount of time demand and constraints, and organizers want to clear out the space as quickly as possible.

We are in constant communication with all the other major food organizations in New York City. For instance, this April, there was an event called Feeding the 5000 in Union Square, which brought together organizations across the food world to make a statement on food access. Simultaneously we were able to feed 5000+ people with rescued food.

FT: What is the best recovered meal you’ve ever had?

SG: We’ve had some pretty crazy donations—from high-end sushi to tartar sauce. My favorite ‘recovered’ food is actually dessert. People have a tendency to start thinking in numbers when solving complex problems, and this can lead to a loss of humanization. In my opinion, simple donations like a box of cookies can go a long way by just making someone feel good, no matter what their circumstances are. Some of our most random but also best donations have been massive amounts of pastries.

FT: What’s next, for you and for Transfernation?

SG: How can we make this as sustainable as possible? How can we bring on more employees so Hannah and I could leave temporarily and the operations could still run, be highly efficient, and continue to scale?

Three specific goals for Transfernation: it 100,000 lbs of food rescued annually (that will definitely be possible for 2017); feed people for 25 cents per person per day, or US$90 per year (right now at 65 cents per day per person); and raise our operating budget.

FT: What is one way Food Tank readers can join the fight against food waste?

SG: For New York City residents, register to volunteer on our soon-to-be-released app or donate on our website here. In general, I’d recommend taking a closer look at your own purchasing habits. In America, a large portion of food waste is on the consumer-side. 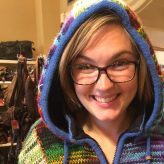