Home » Interviews » We Must Transition to Diversified Agroecological Systems

Nick Jacobs is the Coordinator of the International Panel of Experts on Sustainable Food Systems (IPES-Food), a group that wants to inform and promote food system reform. IPES-Food recently released a report that examines the health effects of industrial food and farming practices.

Founded in 2015, IPES-Food is co-chaired by Olivier De Schutter (former UN Special Rapporteur on the Right to Food) and Olivia Yambi (former UNICEF Representative to Kenya). The organization takes a holistic approach to understanding food system challenges, like hunger and biodiversity loss. They combine scientific research with local knowledge and the experience of individuals across the food system to produce policy-relevant information. 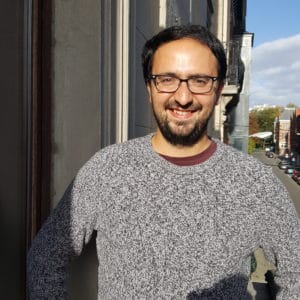 Jacobs is a specialist in agri-food, trade, and development policies. He started as a journalist, covering EU agriculture, before joining Olivier De Schutter at the UN as a communications and research assistant. After De Schutter stepped down as the Special Rapporteur, Jacobs joined the newly formed IPES-Food, where he supervises and coordinates the panel’s activities.

Food Tank had the opportunity to talk to Jacobs about IPES-Food’s recent report, entitled Unravelling the Food-Health Nexus, and how to change the global food system.

Food Tank (FT): How do food systems impact health and who are the most affected?

Nick Jacobs (NJ): Food systems affect human health in a huge variety of ways. Unhealthy diets are the most obvious link. Food insecurity is also a reality for many people around the world, leading to debilitating health impacts like stunting. Some of the biggest threats to human health result from the impacts of food and farming on the environment. These include pollution of drinking water with nitrates and endocrine disrupting chemicals, nitrogen-based air pollution, and the spread of antimicrobial resistance via intensive livestock production. Meanwhile, farmers, farm-workers, and food-workers face a range of severe occupational health risks, from pesticide poisoning to stress-driven mental health impacts, although these are often overlooked.

The burden tends to fall on the poorest and most marginalized communities. Developing countries account for 99 percent of farm-related pesticide poisonings. In the Vietnamese Mekong Delta, studies have found dangerous levels of pesticides in all types of drinking water sources. These risks travel downstream and jeopardize health in developed and developing countries alike. For example, the quality of drinking water in central Iowa became the subject of a lawsuit in 2015 due to intensive crop commodity districts upstream. Meanwhile, agriculture has been identified as the largest contributor to air pollution in many regions of the world, including Europe, Russia, Turkey, Korea, Japan, and the United States’ Eastern seaboard.

The collective toll of these impacts is staggering, in terms of human suffering but also in economic terms. Malnutrition costs the world US$3.5 trillion per year, while obesity alone is estimated to cost US$760 billion by 2025. Meanwhile, combined EU and U.S. losses from exposure to endocrine disrupting chemicals amount to US$557 billion per year, while antimicrobial resistant infections are already thought to be incurring US$20-34 billion of annual costs in the U.S.

FT: In your report on health and the food system, you discuss the recurrent ‘evidence problem.’ Where are our knowledge gaps?

NJ: There are genuine gaps in our knowledge of how food systems impact health. For example, only a fraction of the chemicals already introduced for commercial use have been tested for their potential endocrine disrupting (EDC) effects. Even for well-studied substances such as nitrates, the total negative effects are still under investigation. There is often significant complexity to wrestle with.

This complexity cannot, however, be an excuse for inaction. The underlying drivers of these health risks are in fact crystal clear. Many of the most severe impacts trace back to industrial food and farming practices. By perpetuating poverty, driving climate change, and degrading ecosystems, industrial food systems undermine the basic conditions for health.

It is not ‘evidence gaps’ holding back our ability to act. It is the ability of powerful actors to set the terms of the debate. Industry-sponsored science has muddied the waters for decades, taking advantage of the inherent complexities and helping to sow doubt in regard to key dietary health risks (e.g. in relation to sugar). Beyond this, powerful actors have been able to shape priorities by emphasizing specific types of solutions. For example, the need to deliver cheap calories via mass production of uniform crop commodities has, for decades, been promoted as the answer to world hunger. However, the commodity supply chains developed to meet this bottom line have systematically generated poverty wages and abusive conditions, while relying on the use of chemical inputs with severe environmental and human health impacts. Too often, industrial agriculture is simply reinvented as the solution despite its unresolved and spiraling costs.

FT: How do we come to a mutual understanding on controversial issues to take necessary actions?

NJ: We need to start asking the right questions in order to prevent the debate being co-opted by narrow framing and one-dimensional solutions. We must urgently ask whether industrial food and farming systems can move beyond trade-offs and offer an exit strategy from the current cycles of environmental degradation, poverty, and ill health. In asking this question, we must consider the economic incentives and power relations that are part and parcel of industrial food systems. Not some alternative reality where companies self-regulate, politicians are immune to billions of dollars of lobbying, and consumers have the time and resources to sustainably source each item of food. In this light, the answer to the question is a resounding no.

It is, therefore, crucial to turn our attention to systemic alternatives. One in which healthy people and a healthy planet are co-dependent. Agroecological systems are showing huge potential to reconcile productivity gains, environmental resilience, social equity, and health benefits. We need to know more about the impacts of these alternative systems, and which policies can help them to thrive. However, we already know enough to establish a clear direction of travel: a wholesale transition to diversified agroecological systems must become the guiding principle for food systems reform.

New forms of food systems governance are required to facilitate this transition. Ultimately, integrated food policies are needed to prevent health risks from falling through the cracks and to align various policies with the objective of delivering environmentally, socially, and economically sustainable food systems.

FT: How do you promote sustainability when social and cultural influences run contrary?

NJ: Current food trends are double-edged. There is a growing interest in what we eat and where it comes from. This manifests itself in different ways, from participating in Community-Supported Agriculture (CSA) schemes to shopping at organic markets or photographing home-cooking for Instagram. In general, anything that raises awareness and sparks discussion about food is a step in the right direction. It is a major challenge to harness the growing interest in good food and to build it into an interest in sustainable diets and sustainable food systems. In other words, being a ‘foodie’ must increasingly mean taking an interest in the health of those producing our food, the health of the environment, and the total footprint of our diets.

At present, this awareness tends to be sporadic. People are often at an arm’s length from the realities of food production. It is up to people to ask questions about the food they and those around them are eating, and it is up to all of those working in the food movement to help connect the dots at every opportunity. Building bridges between those advocating for good food and those advocating for basic food security is also crucial. Ultimately, both depend on a different and more equitable economic model for our food systems. Defining what this model looks like is something IPES-Food will continue to wrestle with over the coming years!

The report Unravelling the Food-Health Nexus was presented in a webinar on December 12, 2017 that can be found here.

Antanitis: “Farming is a lifestyle that is very similar to the military”