The food system is marked by paradox: crops are used for animal feed and biofuels while people go to bed hungry, the world’s population is simultaneously obese and undernourished, and over 30 percent of all food is thrown away while 815 million people are hungry worldwide. Meanwhile, unsustainable farming pushes the environment to the limit and extreme weather events threaten farmers in every nation.

In Nourished Planet, forthcoming June 28, the Barilla Center for Food & Nutrition offers a hopeful but practical global plan for feeding the world sustainably. Edited by leading food advocate and Food Tank President and co-founder Danielle Nierenberg, the book assembles a diverse group of internationally renowned experts to chart a bold path forward. Their vision provides concrete solutions to hunger and obesity, how to stop food loss and food waste, promotes nutrient-dense and indigenous crops, and realizes the vision of a more equitable food system. Essays and interviews with “voices of the new food movement,” including Hans Herren, Vandana Shiva, Alexander Müller, Pavan Sukhdev, and others, offer a truly planetary perspective.

Nierenberg discusses her thoughts around challenges in the global food system, gender equity in food and farming, the biggest threat to food security, and her bold vision to chart a path towards a nourishing and secure food future.

Nourished Planet takes a global perspective, with examples from both the Western and ‘developing’ world. How do challenges in our food system differ between wealthy and poorer countries? Are there more commonalities than we might assume?

Danielle Nierenberg (DN): Rich and poor countries face many of the same challenges–hunger and obesity are paradoxes that plague both wealthy and developing countries and climate change is impacting farmers all over the world. What’s exciting to me is that there is a lot of information sharing that can take place–and it’s not only from the North to the South, but there is a lot of information that can be exchanged South to South as farmers engage with one another on ways to combat pests or drought or find ways to increase equality in fields and businesses. And I think there is a lot that farmers in the Global North can learn from farmers in the Global South around mitigating and adapting to climate change including growing a diversity of crops instead of relying on monocultures.

The book includes interviews with experts and advocates—who you call voices of the new food movement. How do you think the food movement has changed in recent years? How would you like to see it evolve?

DN: I’m excited about how the food movement is evolving. We now have a more global view of what it means to have a food and agriculture system that nourishes both people and the planet. We understand that workers, women, and youth can no longer be invisible. We’re also breaking down silos–part of my work has been to bring people who would otherwise never talk to one another together–nutritionists with farmers, food justice advocates with corporations–to discuss how to build a food system that is more environmentally, economically, and socially sustainable.

You describe a number of hopeful projects created by women. Overall, are we moving closer to gender equity in food and farming systems?

DN: We ignore women in the food system at our own peril. Women make up half of the world’s farmers, but they lack the same resources–including land, credit, education, and extensions services as male farmers. But if women had the same access to resources as men they could raise yields by 20-30 percent and lift nearly 150 million people out of hunger. Now is the time to recognize the important contributions women make not only as food producers, but as nutritional gatekeepers, as caretakers, as businesswomen, and as stewards of the land.

If you had to name the single biggest threat to worldwide food security, what would it be?

DN: Apathy. If we don’t understand the urgency of these issues and take action now, we will continue to have nearly a billion people worldwide who go to bed hungry each night. We need farmers, businesses, and governments to invest in the research and education around food and agriculture so that the next generation can live in a world free of hunger and poverty.

What can consumers do to move us toward a healthy, sustainable, and just global food system?

DN: Eaters across the globe are demanding more transparency in the food system—they want to know where it was produced, who produced it, how the land, workers, and animals were treated, and its impact on both the environment and the global economy. This change in awareness is driving how companies are doing business—whether it’s through more vegetarian and vegan options or changing how they price products to account for both positive and negative externalities. And consumers are changing their personal habits, especially around food waste by buying less, purchasing imperfect, but perfectly good to eat produce, and finding ways to recover and reuse food that would otherwise go to waste. 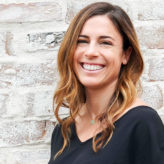 Sarah is a Research & Writing Fellow with Food Tank. Prior to completing her Master’s Degree in Public Policy from the LBJ School of Public Affairs at the University of Texas, she was a Teach For America corps member in the Rio Grande Valley and taught Middle School Algebra I for nine years both in Texas and Argentina. Teaching a diverse range of students in a variety of educational settings, she was exposed to the disparities and complexities of public education, health, and food access. Sarah pursued her degree at LBJ in order to develop the skills necessary to negotiate the intricacies of public policy surrounding food justice. Since earning her degree she has worked for the City of Austin as the Food Access Coordinator, supporting programs, policies, and systems changes promoting better food access in her community.

Making the Invisible Visible: A Bold Strategy to Change the Food System