There’s a small slaughterhouse a 15-minute drive from farmer Judith McGeary’s central Texas livestock farm. But when it’s time to turn her grass-fed lambs and cattle into shanks and steaks that she’ll sell at local farmers’ markets, McGeary—founder and executive director of the Farm and Ranch Freedom Alliance—has to make two three-hour round trips to drop off animals and pick up meat from the nearest state-inspected slaughterhouse. She’s heard from other Texas farmers with much longer hauls.

“Which means a lot of time away from the farm, first of all,” McGeary says. “And it’s very expensive because hauling livestock long distances means a lot of wear and tear on trucks, trailers, gas. We’re talking about a very significant portion of the expense and even the simple feasibility of being able to do small-scale meat production, and it’s due to this lack of small-scale processing facilities.”

McGeary and many small livestock producers across the United States owe their long drives in large part to the 1967 Wholesome Meat Act, which says slaughterhouses can only produce meat for sale—even within state lines—if they have a federal inspector on site during slaughtering or are in a state with its own equally rigorous standards. There were nearly 10,000 slaughterhouses nationwide when Congress passed the Wholesome Meat Act. But the cost of meeting the law’s inspection requirements made it harder for smaller firms to compete, and today that total is down to 2,758, U.S. Department of Agriculture (USDA) data show.

Smaller, custom slaughterhouses, including the one near McGeary’s home, are not allowed to produce meat for sale—it’s only for the owner of the animal and their family, employees, and non-paying guests. There’s an exception for customers who buy the whole animal before it’s slaughtered, but that’s only an option for those who can afford the significant up-front expense and have a freezer for storing all that meat.

Giving small farmers easier access to slaughtering facilities is one aim of the Processing Revival and Intrastate Meat Exemption Act, or PRIME Act, which would authorize states to permit the sale of custom-slaughtered meat to in-state households, restaurants, and grocers. Opponents warn the bill could endanger American eaters by putting uninspected meat on more tables, but McGeary and other advocates say it would make it more affordable for consumers to buy sustainably raised, local meat from farmers they know and trust, while helping small-scale producers compete with corporations that dominate the meat industry.

A bipartisan pair of cattle-raising lawmakers—Rep. Thomas Massie, R-Kentucky, and Rep. Chellie Pingree, D-Maine—have twice introduced the bill in the House, with Kentucky Republican Rand Paul and Maine independent Angus King offering companion legislation in the Senate. Most recently, Massie and Pingree proposed the bill as an amendment to the U.S. Farm Bill, but it wasn’t included in the version of the mammoth, five-year package that the House passed last week. With the Senate expected to vote this week on its own version of the Farm Bill, supporters hope the last-minute political horse-trading involved will give the PRIME Act another shot at passage.

To succeed, supporters will have to overcome opposition from the powerful meat lobby. The National Pork Producers Council has a statement opposing the bill on its website, and other industry groups have voiced similar concerns about the food-safety impacts of easing inspection requirements.

PRIME Act proponents say they suspect that the industry’s opposition is as much about protecting its market share as protecting consumers. “I don’t think it’s really about food safety,” says Elizabeth Rich, executive director of the Farm-to-Consumer Legal Defense Fund. “I think it’s about the four companies that control over 80 percent of the beef market and the four companies that own 60 percent of the pork market.”

Rich and others note, the current USDA inspection system has far from a perfect safety record. In 2007, for instance, the agency admitted that, for three decades, its inspectors had visited hundreds of meat processing plants as infrequently as every two weeks, not daily as required by law. And even with regular inspection, USDA recalls are increasingly common.

While the general public may learn about major food recalls on the news, they likely never hear of potential food-safety problems that USDA inspections prevent, says Tony Corbo, senior lobbyist for the advocacy group Food and Water Watch, which opposes the PRIME Act. In the first half of the current fiscal year, for example, inspectors issued more than 50,000 notifications to facilities that weren’t meeting regulations, according to USDA data.

“We see the PRIME Act as another example of food safety being deregulated,” Corbo says. “We are very concerned from a food-safety standpoint, that the PRIME Act could be injurious to consumers.”

But McGeary says there’s no evidence to suggest small, custom slaughterhouses—which may process a few animals a week—are a bigger threat to public safety than larger plants that may handle thousands of animals each day.

“There are all these custom slaughterhouses out there producing meat all the time, and yet we’re not seeing these foodborne illnesses coming out of them,” she says. “The reason we’re seeing so many recalls and foodborne illness outbreaks is the massive-scale, centralized processing. By supporting scale-appropriate regulations that help support local, smaller-scale production, in the big picture we’re improving food safety.” 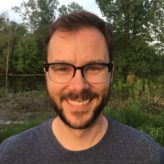