Two organizations, Crop Trust and The International Rice Research Institute, announced their agreement providing US$1.4 million a year, in perpetuity, funding the world’s largest rice collection. This agreement, set to be signed on World Food Day, is intended to finance “the conservation and sharing of 136,000 varieties of the staple crop that feeds more than three billion people worldwide,” says Crop Trust.  The funding of this gene bank is provided by Crop Trust’s endowment fund and will go through five-year phases.

Climate change is increasingly putting pressure on farmers and the global food systems, according to researchers from the International Food Policy Research Institute (IFPRI), the Consultative Group for International Agricultural Research (CGIAR), and the transdisciplinary International Panel of Experts on Sustainable Food Systems (IPES). Scientists at IRRI’s facility in Los Baños are currently working toward developing varieties of rice that can survive climate change using the stored seeds.

“Our work to conserve rice has a proven track record in bringing benefits to the world,” says IRRI evolutionary biologist Ruaraidh Sackville-Hamilton. “With this collection safely conserved, we can continue to use it to develop improved rice varieties that farmers can use to respond to the challenges in rice production, and to adapt to the changing tastes and preferences of consumers everywhere.”

The collection houses a variety of rice species used to create strains resistant to extreme climate. One variety to assist farmers across Asia is called scuba rice. Scuba Rice is designed to tolerate up to two weeks of flooding. Other developments include varieties developed to withstand drought, pests, diseases, and iron toxicity.

Not only is the IRRI one of 11 genebanks of the CGIAR, but it is spearheading a new permanently funded conservation effort that Crop Trust hopes to replicate in the future according to Marie Haga, Executive Director of the Crop Trust. The agreement also ensures that other conservation efforts benefit from the funding, asking IRRI to provide advice to five other genebanks.

The lasting effects of this agreement could be significant, impacting the ability of farmers to successfully farm the staple crop for years to come. “Rice is and will continue to be a vital crop for rural development, for improving the economic fortunes status of millions of people and for establishing sustainable, resilient food systems,” says Elwyn Grainger-Jones, Executive Director of the CGIAR System Organization. 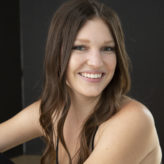 Arden Kelley is a former Research and Communications Intern for Food Tank. She is also a student at Tulane University receiving a degree in Public Health and Photography. Additionally, Arden has worked for a number of organizations promoting and exploring sustainable living through photojournalism.

Pile On The New Reads: 19 Books to Celebrate Fall

At Harlem Grown, “We Grow Healthy Children for Sustainable Communities”