Home » Innovation and Technology » Getting Ahead of Malnutrition Through Big Data

Dr. Mercy Lung’aho barely survived her birth. She was anemic, like her mother, and weighed under a pound. Her life was at risk because of a disease that plagues one in nine people worldwide and one in four people in Sub-Saharan Africa: malnutrition. Lung’aho, a Nutritionist and Research Scientist with the International Center for Tropical Agriculture (CIAT), is now at work developing a Nutrition Early Warning System (NEWS) that could help predict and prevent malnutrition. “If Google can do driverless cars, and we can tell a coffeemaker to start brewing while we’re still asleep,” says Lung’aho, “we can do something about malnutrition.”

The underpinning of NEWS is machine learning, a sector of artificial intelligence that develops systems able to process large data sets and learn from those data sets in order to locate patterns. NEWS will first compile and analyze data related to food and nutrition in sub-Saharan Africa. Then, based on the analyses, the system will deploy algorithms to locate patterns and trends that could identify impending nutrition threats, like climate shocks or economic strife, and provide decisionmakers with opportunities to intervene.

NEWS is one of many projects emerging out of the CGIAR Platform for Big Data in Agriculture, which aims to capture and analyze large data sets to identify trends that can inform farmers and decisionmakers and help address some of the most pressing food system issues. The NEWS initiative is co-lead by the African Development Bank (AfDB) and CIAT, a CGIAR research partner that conducts research on eco-efficient agriculture to reduce hunger and poverty, and improve nutrition throughout the tropics.

Existing early warning systems are often ineffective in predicting malnutrition because they prioritize food insecurity and report nutrition crises as they are already happening. Identifying the onset of malnutrition requires a different framework and more data-rich, interdisciplinary approach, which the CGIAR Platform could enhance. “Big Data provides the means to create a warning system that can regenerate itself by using data, rather than reacting to random events like famine and climate change,” says Lung’aho. “I want to know the rain is coming before it starts falling.”

Lung’aho first realized the opportunities of the Platform in 2017 when the United Nations (UN) declared a famine crisis in four countries: Somalia, South Sudan, Nigeria, and Yemen. Rather than simply collecting more data and conducting an assessment to understand causes after the fact, Lung’aho felt it more productive to use large volumes of data already collected to try to predict crises before they occur. “There could be other shocks in the system besides famine that might help us to predict malnutrition,” says Lung’aho, “allowing us to be proactive rather than reactive.”

“Can we use AI and machine learning as a means to solve real-world problems?” asks Fridah Nyakundi, a Biometrician and Data Scientist with CIAT. Nyakundi worked with Lung’aho on previous CIAT projects and joined the NEWS project to manage data operations. “I’m really looking forward to the answer to that question.” NEWS is still in the development phase, so the true impact of such a system is still unclear.

There are nine countries that the NEWS pilot phase will target: Botswana, Kenya, Malawi, Mali, Nigeria, Rwanda, Senegal, South Sudan, and Zimbabwe. In addition to analyzing existing data relevant to these countries, NEWS will also conduct ongoing surveillance of national and regional food systems, continuously collecting new data to make recommendations about nutrition interventions and building community resilience to governments, NGOs, farmers, and other stakeholders. A project of such scale will require collaboration and visible action from many sectors in order to truly be effective.

According to Nyakundi, the CGIAR Platform for Big Data in Agriculture will be pivotal to the success of NEWS.  “Big Data is the future,” says Nyakundi. “It is a platform for the unification of agrodata that is currently in pieces.” Malnutrition does not have a singular cause, nor does it exist in isolation from other food system issues. Addressing it requires data from multiple sectors. Much like assembling a jigsaw puzzle, every piece has its place in the bigger picture—the solution—and the more pieces you put together, the clearer the solution becomes. 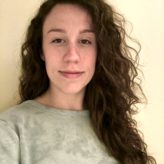 Anna was a Research and Communications Intern at Food Tank. She holds an M.S. in Food Systems and Society from Marylhurst University in Oregon, and a B.A. in English from the University of Delaware. She has enjoyed a lengthy tenure in the restaurant industry, but is eager to begin a new career in food systems research and activism. She currently resides in Rehoboth Beach, Delaware.

In A World of Plenty, Why Are People Hungry?