One-third of carbon emissions are absorbed by the earth’s biosphere. After forests, agricultural lands and wetlands have the most potential to do this. A panel of experts convened at COP24 last week to discuss ways in which this potential can be realized.

According to Louis Verchot of the CGIAR Research Program on Water, Land and Ecosystems (WLE) in his opening keynote, better management of the world’s farmlands could offset quantities of carbon equal to the emissions of the United States. A recent study led by Dr. Verchot revealed hotspots around the globe that were the most suited to carbon capture, known as sequestration.

The benefits to stepping up soil carbon sequestration would not be limited to mitigation of climate change, commented Paul Luu of the 4 per 1000 initiative. Increasing the carbon content of soil can also help farmers adapt to drier weather, as it can increase the water retention capacity of the soil. It will also boost food security as degraded lands are restored.

“Soils belong in the boardroom,” commented Dalma Somogyi, World Business Council for Sustainable Development (WBCSD). She highlighted that there is a strong business case for investing in soil health, which is presented in a new publication launched by WBCSD on World Soil Day.

The publication identifies several steps to accelerate action in this area. One is lowering the hurdles to practices that promote soil health. This could involve supporting farmers in offsetting the initial cost of implementing sustainable agricultural practices that promote soil health. Another is building partnerships for soil health. An investment in soil health delivers both public and private benefits, but adapting action to local context is key, the report argues. Business can explore supply chain cooperation, public-private partnerships, and landscape alliances that spread costs and risks, promote innovation and knowledge exchange, and ensure locally-appropriate solutions.

The need for incentives to encourage farmers to adopt good soil health management and increased carbon capture, particularly in the developing world, was debated. Resource-poor farmers may ask “why should I enrich my soils, without enriching myself?” commented Majola Mabuza of SACAU. The trade of carbon credits could be a possibility he noted, though this has not yet been trialed in South Africa.

This was reiterated by Lucy Ng’ang’a of the Kenya Ministry of Agriculture, who added that farmers want money in their pocket and to get out of the poverty cycle. To make the necessary changes to policy to make this happen, she urged scientists to make their research available in simple language that can be used in policy statements to bring change.

“We can see that since 2015, the 4 per 1000 initiative has helped people focus on soil and generate better science, and better debate,” commented Lini Wollenberg of the CGIAR Research Program on Climate Change, Agriculture and Food Security (CCAFS) in her closing remarks. “We know what the calls to action are, from getting countries to own their soil health strategies, to finding ways to generate benefits for farmers from carbon capture.”

For an eight-step plan on how to put more carbon in soils and meet the Paris pledges, read a Nature editorial written by scientists at the 4 per 1000 initiative, Lini Wollenberg, and other colleagues published this month. 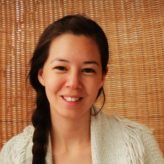 As Global Communications and Knowledge Manager for CCAFS, Marissa Van Epp is responsible for communications and knowledge management strategy and implementation across the program, and for coordination with other CGIAR centers and programs in these areas. Prior to joining CCAFS, Marissa supported communications, knowledge management and learning for the Canadian International Development Research Center’s (IDRC) Collaborative Adaptation Research Initiative in Africa and Asia (CARIAA), and conducted research on climate change and social learning for the International Institute of Environment and Development (IIED). She also served as a technical expert and project manager for the Independent Review Team undertaking monitoring and evaluation of the UK Department for International Development’s (DFID) Forest Governance, Markets and Climate (FGMC) program. She holds an MPhil in Social Anthropology from Oxford University and an MSc in Sustainable Development from the London School of Economics.