If you hear Joe Maxwell tell it, every presidential candidate hoping for a spot on the 2020 ballot needs to start talking about the American food system—and the anti-consolidation policy needed to fix it. Maxwell serves as executive director of the Organization for Competitive Markets (OCM), a national research and advocacy organization that challenges the power disparities between agricultural producers and agribusinesses. He believes consolidation—as well as federal policy that caters to the special interests of corporations—is at the root of our food system struggles.

That might seem a tall order to those who believe big industry money is heavily influencing federal policymaking. Which is why the Organization for Competitive Markets is the featured sponsor of a Farmers Bill of Rights Rally, which takes place on March 30, 2019, in Storm Lake, Iowa. The rally, which starts at 10:30 a.m. (CST) at Storm Lake High School, was organized by Family Farm Action, a coalition of family farmers and advocates that Maxwell founded (and for which he serves as president/CEO) to build political muscle to fight for farmers and rural communities. Farmers from across the nation are expected to attend the event, with scheduled speakers from several agriculture organizations, including Association of American Indian Farmers, American Grassfed Association, Farm Aid, National Black Farmers Association, National Family Farm Coalition, Indiana Farmers Union, and Wisconsin Farmers Union.

The rally will take place directly prior to a Heartland Forum, which will feature a panel discussion by several 2020 presidential contenders who will discuss ideas for solving the economic and social challenges facing rural and small town communities throughout the United States. Confirmed candidates for the forum include Former Secretary and Houston Mayor Julian Castro, Representative Joe Delaney (MD), Senator Amy Klobuchar (MN), Representative Tim Ryan (CA), and Senator Elizabeth Warren (MA). The forum will take place in Schaller Memorial Chapel at Buena Vista University at 1 p.m. (CST).

This isn’t the first time that organizations have called for food system discussion from presidential candidates. Prior to the 2016 election, a Plate of the Union educational campaign, organized by Food Policy Action, Food Policy Action Educational Fund, Union of Concerned Scientists, and HEAL Food Alliance, focused on the presidential election and what candidates were saying—or, more importantly, not saying—about every person’s right to healthy food.

Advocates say the need for change in food system policy is all the more urgent today, however, as family farms are shutting down and food recalls are increasing exponentially, putting America’s health and well-being at greater risk. “It’s time to revitalize our rural communities by investing in family farmers and small businesses that respect the land, animals, and their neighbors,” states a Family Farm Action press release for the Bill of Rights event.

For now, at least one presidential hopeful—Elizabeth Warren—has stepped up to the table to engage in the discussion. Warren plans to attend the Bill of Rights Rally before participating in the Heartland Forum; she is expected to meet with the farmers in attendance and will speak at Storm Lake High School around 11:35 a.m. 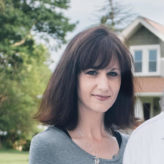 Sherri Dugger serves as Executive Director of Indiana Farmers Union, as Program Director for American Grassfed Association, and as a Midwest outreach consultant for Earthjustice. Dugger resides on a small farm in Morristown, Indiana, with her husband, Randy, and their dogs, cats, donkeys, goats, alpacas, chickens, and honeybees. At Dugger Family Farm (duggerfamilyfarm.com), the Duggers manage an on-farm store, where they sell Indiana-made products, vegetables, and specialty jams produced under their private label, Kick Out The Jams.