A new study done at the University of California found that eating organically-grown food for just one week can significantly reduce the levels of pesticide within the body. Researchers found the levels of toxins decreased by an average of 60.5 percent after six days of eating organic food.

Exposure to pesticides has been linked to many adverse health outcomes including asthma, infertility, hormone imbalances, autoimmune disorders, and impaired cognitive development.

This study followed four families from across the United States—Oakland, Minneapolis, Baltimore, and Atlanta. From days one through five, participants ate as they normally would. Then, from days six through 11, they followed a strictly organic diet. This meant that everything was organically-produced including organic oils, condiments, and spices.

“This study shows that organic works,” said study co-author Kendra Klein, Ph.D., senior scientist at Friends of the Earth, an international environmental organization. “We have the right to food that is free of toxic pesticides. Farmers and farm workers growing our nation’s food and rural communities have a right not to be exposed to chemicals linked to cancer, autism, and infertility.” Friends of the Earth is hoping to see more legislative measures to reduce the use of harmful pesticides in agriculture. 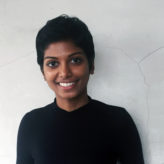 Preetha is a Research and Communications Intern at Food Tank. She holds a B.S. in Biology from Virginia Commonwealth University and an M.A. in Human Rights and Democratisation from the European Inter-University Centre for Human Rights and Democratisation, where she focused on the socio-economic development linked with international law and food security.

With the Help of Ancient Grains, Gluten Free Beer is Saving the Environment and Local Farmers

A “Blue Card” Can Provide Protection for Farm Workers