Of the 3 million people who make up the agricultural workforce in the United States, 50 to 70 percent are estimated to be undocumented immigrants. The bill proposes that undocumented immigrants who have been working on U.S. farms could apply for a Blue Card, which would protect them from deportation, and allow travel in and out of the country. After three to five years, depending on qualifying work hours, individuals with Blue Card status would become eligible to apply for adjustment to legal status, and ultimately the ability to apply for citizenship.

Production of healthy food in the U.S. relies on this undocumented workforce. The American Farm Bureau Federation estimates that without undocumented immigrants, food—particularly fruits and vegetables—would skyrocket in price. In an analysis on the farm sector’s sensitivity to immigration reform, the federation estimates that the strict immigration policies that we are seeing under the current administration could lead to a five to six percent increase in the price of fruits and vegetables, making fresh produce inaccessible to the average American citizen.

Yet, the individuals who put food on our tables perform intense labor for little pay, under hazardous conditions. They experience immense risk for injury, poor health outcomes, and death, with little to no access to health services. The U.S. Centers for Disease Control reported that agricultural work was associated with a work-related fatality rate upwards of 21.4 deaths per 100,000 workers in 2016. In comparison, the fatality rate for construction work is estimated at 12.1, for protective services (ie. fire fighters, law enforcement) at 7.7, and sales at 1.6 per 100,000 workers, according to the Bureau of Labor Statistics’ National Census of Fatal Occupation Injuries in 2017.

These negative outcomes are related to machinery, particularly tractors, as well as exposure to sun, extreme heat, and pesticides. Pesticide exposure alone is linked to numerous health outcomes that are not only productivity reducing, but also life-threatening—including diabetes, cancer, respiratory problems, and birth defects.

It can be nearly impossible for an undocumented farm worker to advocate for themselves when they experience abuses, unlawful treatment, and dangerous working conditions, as they have no legal ground to stand on if an employer harasses, threatens, or fires them unlawfully. Under the current political climate, in which stigma and threat of deportation are widespread, undocumented workers also experience intense, heightened fear and stress, poor mental health, and associated physical health consequences.

And despite experiencing high rates of negative health outcomes, undocumented farm workers face severe barriers in accessing health services. These include transportation barriers, language barriers, inability to take time off work, and inability to pay for services. A systematic review in the International Journal of Health Services found that annual health spending by undocumented immigrants is estimated to be on average US$1,836, while U.S.-born citizens spend on average US$4,478, demonstrating a considerable difference in health service utilization between immigrants and citizens. Despite paying taxes, undocumented immigrants are ineligible to receive public insurance and public health benefits.

If the new bill is passed, farm workers with Blue Card status would still not immediately be able to access public benefits. However, the Agricultural Program Worker Act would be a huge step towards ameliorating these immense health inequities. As with other lawful permanent resident (LPR) immigrants, farm workers who move from blue card to green card (LPR) status would become eligible after five years to apply for public benefits, such as food stamps, Medicare, Medicaid, and CHIP (children’s health insurance).

This is not the first time the bill has been introduced—Sen. Feinstein has been reintroducing the Agricultural Worker Program Act in each new Congress for the last few years. However, as immigration discussions become more heated, and the climate more hostile for undocumented individuals, it becomes increasingly important to provide protection. Without it, the U.S. would lose a critical workforce, U.S. citizens would lose access to fresh produce, and undocumented farm workers would face heightened stress and even worse health outcomes.

The unavoidable irony is that the people who make it possible for U.S. citizens to consume healthy food are among the most vulnerable and threatened communities in the country. In this time of heightened fear of deportation and stigma towards immigrants, it is particularly important to support the individuals who feed us every day. 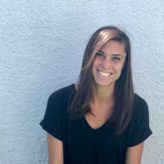 Emily Cornell is currently a Master of Public Health student at the University of California Los Angeles, concentrating in community health and food systems. Her interests include nutrition, food security, and agriculture, and she is passionate about addressing health disparities through an equitable food system.

Eating Organic for One Week Can Reduce Pesticide Levels

In Immokalee, Food Provides A Platform for Future Professionals