Home » Innovation for Sustainability » With the Help of Ancient Grains, Gluten Free Beer is Saving the Environment and Local Farmers

Millets and sorghum are nutrient-rich grains, high in protein and antioxidants. And they’re drought-resistant, making them reliable crops in dry, hot conditions. But over the past 50 years, The International Crop Research Institute for the Semi-Arid Tropics (ICRISAT) estimates that these ancient crops have largely been forgotten as more farmers are prioritizing maize, wheat, rice, and soybeans. Now, a rather unlikely industry is taking advantage of millets and sorghum: gluten-free craft beer.

Both millets and sorghum are gluten-free, and with the right recipe and flavor combination, these grains can be the key ingredients for delicious, gluten-free beers worldwide. Sourcing millets and sorghum from locally-based farmers supports local economies and empowers community members. They also help preserve the environment, because millets and sorghum need significantly less water than wheat, and require less fertilizer and pesticide.

While millets and sorghum still have a vast, untapped, commercial potential, there are several breweries around the world who have already recognized their unique capabilities and are brewing gluten-free beer. Nakul Bhonsle, Founder of Great State Aleworks in Pune, India, tells Food Tank it was an “eye opener” when he found out “large commercial breweries in Africa use unmalted sorghum in large quantities in their beer recipes.” He explains how he then realized there was no need to source malted millets, and instead, Great State Aleworks “started our experiments with raw, unmalted millets such as sorghum and bajra, both so widely grown in the state of Maharashtra where we are based.” Now, Bhonsle is able to support local organic farmers by sourcing locally grown ingredients, supporting both the economy and the environment.

In Ghana, Clement Djameh and Fash Sawyerr are the founders of Ghana’s first ever microbrewery, Inland Brewery. Similar to Great State Aleworks, Inland “represents what could become a new industry in West Africa: craft beer that can provide needed income to local farmers who grow sorghum.”

In Milwaukee, Wisconsin, Lakefront Brewery was the first brewery in the United States to package a government approved gluten-free beer. Russ Kilsch, founder and president tells Food Tank that “when we started you couldn’t make beer with just sorghum. Beer had to be made with at least 25 percent malted barley to be called beer.” So, he reached out to the Bureau of Alcohol, Tobacco, Firearms, and Explosives, wrote a “statement of process,” and six weeks later, the new category of beer was approved and New Grist, the country’s first gluten-free beer was created.

Pearl millet has twice the protein of milk and sorghum is rich in vitamins, minerals, protein, and fiber. With these health benefits, gluten-free beers are expected to be a rising trend this year, and Bhonsle hopes to help launch the movement forward. He explains to Food Tank how from his experience, there is a lack of knowledge and information available, especially for a craft brewer like him who has no formal education in brewing. He emphasizes how “at the end, it was trials and experiments that led us to be here.” However, “taking the challenges we faced, we are making our Millet Beer program at Great State an open source one. We will be sharing our recipes and our network with fellow brewers in the city/state to share our knowledge and encourage more of us to take up millets.” 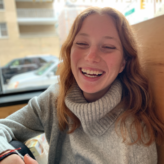 Caroline Fox is a former Research and Writing Intern with Food Tank. She is currently a senior at Tulane University, studying international relations and development. Caroline is especially interested in food security, sustainable agriculture, and the abundance of new food innovations and technologies. With an ambition to make nutritious foods more accessible locally and globally, Caroline is excited to explore ways to gain social acceptance of new food sources.

Say Yes to Bats: How Bats Can Help Reduce Pesticide Use in Farms

Eating Organic for One Week Can Reduce Pesticide Levels