A new project will help farmers increase their income as well as store carbon in their soil. Starting with 20 farmers in two districts of Maharashtra state in India, the carbon farming project will compensate farmers for increases in soil organic carbon. These farmers follow no-till practices in growing rice and other cover crops.

The project is an initiative of Shekar Bhadsavale, a California-educated progressive farmer from Neral, and Emmanuel D’Silva, an agriculture and environment scientist from Mumbai who previously worked at the World Bank.

Bhadsavale has pioneered Saguna Rice Technique (SRT), a form of zero-till conservation agriculture, which has been accepted by over 1,000 farmers in several Indian states. D’Silva had initiated carbon credit programs through tree plantations in 44 tribal villages a decade earlier.

“The farmers we selected are mostly smallholder farmers with less than a hectare. In Karjat [area], they are mostly tribals growing rice followed by vegetables,” explains Bhadsavale who grows rice, string beans, and other cover crops.

“SRT will not only increase farm yields and income, but also improve the health of soils, thereby, storing more carbon in the process,” said Bhadsavale.

“Increasing soil organic carbon through conservation agriculture practices like SRT will benefit everyone on the planet,” observes D’Silva, the agriculture and environment scientist.

“A one-percent increase in soil organic carbon in one acre is equivalent to storing 18 metric tonnes of carbon dioxide underneath our ground. Agriculture can provide a better solution to the climate crisis than some other sectors, if done right,” notes D’Silva.

Looking back on his decade-long experiences in growing multiple types of rice, a variety of legumes, and other crops, Bhadsavale believes that a one percent increase in soil organic carbon can easily be achieved over three years, if farmers practice sustainable farming methods like SRT. He has done a lot to spread the message of SRT in India, Thailand, and Vietnam.

Bhadsavale and D’Silva are not the only ones confident of agriculture providing solutions to climate change. Cornelia Rumpel and other soil scientists at CNRS Institute of Ecology and Environmental Sciences in France believe that increasing the carbon content of the world’s soils by just a few parts per thousand (0.4 percent) each year would remove around 3-4 gigatons of carbon from the atmosphere and also boost soil health. They cite studies from Africa, Asia, and Latin America, which show increasing soil carbon by 0.4 percent a year can enhance crop yields by 1.3 percent.

Rumpel chairs the scientific and technical committee of the 4 for 1000 initiative launched by France in 2015. The goal of the initiative is to “demonstrate that agriculture, and in particular agricultural soils, can play a crucial role where food security and climate change are concerned.”

If the carbon level in the top 30-40 cm of soils were increased by 0.4 percent, the annual increase in carbon dioxide in the atmosphere would be stopped, concludes the website of the 4 for 1000 initiative.

The carbon farming pilot in Maharashtra will make a small contribution to the global goal of improving 1.5 million km2 of degraded and deforested land by 2020. If the 20 farmers participating in the pilot practice conservation agriculture on all of their land—rather than just half an acre—they should be able to store 2,000 tons of CO2 in their soil over three years, says D’Silva.

Under the project, farmers would be compensated for increases in soil carbon by contributions from individuals, private companies, and NGOs concerned about climate change.

One of the contributors is Prabhakar Tamboli, a professor of Agriculture at the University of Maryland. “This is the first baby step to find a solution to mitigate the adverse impact of climate change,” he observes. “In addition, the project will introduce environmentally sound agronomic practices in the fields of farmers and help increase their incomes.”

Initially, the ‘carbon check’ to farmers is expected to be about Rs 9,000 (US$128) over three years based on half-acre experiments. But this could change if the project is expanded after the pilot phase.

The Saguna Rural Foundation, headed by Bhadsavale, will provide technical support to farmers, collect soil samples, and distribute the carbon checks at year’s end based on increases in soil carbon. The verification and validation of the soil increases would be conducted independently by Zenith Energy Climate Foundation, Hyderabad.

The Director of the foundation, Mohan Reddy, believes that “verification and validation by a third party (such as us) would bring credibility to the process of measurement of the carbon stored in the soil and quantification of CO2 reduction.”

Reddy has participated in a number of projects requiring measurement of greenhouse gases under terms of the Kyoto Protocol, but admits that establishing baselines and measuring carbon storage in agriculture, a new activity, could be a challenge.

The farmers involved in carbon farming, however, are up to the challenge. Parshuram Agivale, a pioneer farmer who has been practicing no-till rice cultivation for six years, says SRT has changed his life. “My workload has decreased, agriculture production has increased, and income has gone up. I have been able to send my daughter to a nursing school and she is now a nurse.”

“Even though I am uneducated, I am now happy to share my experience and educate other farmers on the merits of zero till and SRT.”

Sitting under a banyan tree on his 2-acre farm, Agilve, along with other farmers participating in the project, shared ideas and excitement on being among the first to take up carbon farming. They recognized they were making a contribution not only for their children but also for the planet by storing carbon in their soils. 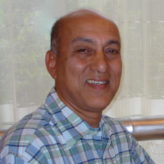 Dr. Emmanuel D’Silva is an agriculture and environment scientist from Mumbai, India who previously worked at the World Bank in Washington, D.C. He has been associated with grassroots projects combining conversion of waste into energy, conservation agriculture, and climate change. He can be reached at: ehdsilva@yahoo.com