Over the past few months the world has been inundated with alarming new evidence on how industrial society is wreaking havoc upon other species and the rest of the natural environment. Not a week goes by without the emergence of a new report that stresses how the human-induced climate crisis is accelerating far beyond what scientists predicted just a year or two ago. In addition, we’re driving over one million plant and animal species into extinction. While this happens, people know little about what is happening to invisible microorganisms and the role they play in maintaining and balancing ecosystems. These microorganisms might fight back in a way that could have disastrous consequences for humanity.

Last April, a report submitted to the UN Secretary General drew attention to the escalating crisis involving new “superbugs” building up resistance against commonly used medicines. Today, some 700,000 people die every year because of antimicrobial resistance but the report warns that by 2050 over 10 million people could die annually—more than the amount of people that currently die of cancer. The demand for antimicrobial medicines is on the rise, and with it are the superbugs resistant to them. But the main driver behind the increased use of antibiotics is not humans: rather it is fueled by animals reared for food in factory farms. Currently, in the European Union and the United States, over 75 percent of all antibiotics are used in agriculture, and total global consumption of antibiotics in animal food production is projected to grow by almost 70 percent between 2010 and 2030.

This escalation heightens as factory farms use massive amounts of antibiotics to promote growth and prevent diseases on healthy animals. Crowded conditions in factory farms require these antibiotics, as it is impractical to diagnose and treat the animals individually. These crowded conditions also make for a perfect breeding ground for bacteria to develop resistance. The situation in industrial aquaculture, in which antibiotics are used from egg to adult, is similar or worse.

Antibiotics are not fully digested and processed in the gut of animals, and up to 90 percent of ingested antibiotics is excreted in the animal’s urine or feces, which ends up contaminating fields and groundwater. Humans and farm animals share many of the same microbes in their systems and thus similar antibiotics. The Organization for Economic Co-operation and Development (OECD) reminds us that of the 27 classes of antibiotics currently available, 20 are also used in agriculture. With no new antibiotics developed for over 40 years, factory farming and its use of antibiotics is a clear threat to the capacity of human medicine to cure people.

The issue goes beyond the indiscriminate use of antibiotics in factory farming. In April of this year, the New York Times published an article about a man in New York who had died from a newly discovered germ as deadly as it was mysterious. The germ, a fungus called Candida auris, preys on people with weakened immune systems and is resistant to all the major antifungal medications we have at our disposal. Nearly half of the people that contract it die within three months and it’s quietly spreading across the globe. The article establishes a possible link between the emergence of this deadly fungus and usage of a type of agricultural fungicide: triazoles, the same chemical used to treat fungal diseases in humans. Globally, triazoles have become the most used fungicide in agriculture, sprayed on everything from begonias, to beans, and to bananas. Another fungus that affects both humans and crops, Aspergillus fumigatus, has also become resistant to triazoles. In humans the fungus can cause fatal infections for immune-compromised patients, and a team of Dutch researchers found that resistance has built up within the Dutch flower farm industry that sprays triazoles routinely and intensively on their fields.

Another threat that undermines the global capacity to combat deadly diseases in humans comes from a more unexpected culprit: weedkillers. Herbicides like Monsanto’s Roundup kill weeds, but the amounts used have substantially increased over the last few decades as agrochemical companies have genetically modified crops to become more tolerant to them. Now, a New Zealand research team found that these weed killers affect bacteria too. Their study, published in October last year, shows that that when bacteria are simultaneously exposed to herbicides and antibiotics, mutants with higher levels of resistance can evolve. “In some cases, resistance evolved 100,000 times faster,” say the researchers.

Massive use of antibiotics, fungicides, and herbicides in industrial farming all undermine life-saving human medicines. Governments and intergovernmental agencies create task forces, working groups, and guidelines to deal with the rise of antimicrobial resistance. But none seems to want to confront the root causes. Is this not further evidence that it is time to move away from industrial farming and turn to agro-ecology and food sovereignty instead? This would also help to eliminate one of the key causes behind the collapse of species populations across the world, as well as one of the central culprits behind the climate crisis. 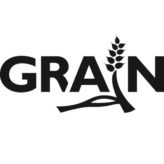 GRAIN is a small international non-profit organization that works to support small farmers and social movements in their struggles for community-controlled and biodiversity-based food systems. For more information see www.grain.org, or email grain@grain.org