To some, chickpeas are synonymous with hummus. But that’s a pretty limited view of a crop that is the second most eaten pulse in the world. Chana Dal. Burmese tofu. Farinata di ceci. Chana masala. Chakhchoukha. Guasanas. They’re all national dishes based on the same ingredient—the little ram’s head-shaped seed that gave the famous Roman orator Cicero his name.

But not completely dry conditions. A reliable and sufficient water supply isn’t always available nowadays particularly as our changing climate is bringing greater extremes in rainfall patterns. Drought is perhaps the most important reason why we may not find as much hummus or falafels on our plates as we’d like in the future. Globally, drought can reduce chickpea yields by up to 50 percent, occasionally more.

“Chickpeas, like many crops, walk a tightrope with water. Too little, and the crop suffers drought stress. Too much, at the wrong time, exposes it to devastating fungal disease,” says Dr. Doug Cook, the director of the Feed the Future Innovation Lab Climate Resilient Chickpea based at the University of California-Davis. “And people all over the world are getting a bigger appetite for hummus and other chickpea-based foods. To satisfy that hunger, farmers will need bigger harvests. For this to happen, plant breeders will need to provide farmers with new, improved chickpea varieties that grow with less water and are more resistant to pests and diseases.”

Where has all the chickpea diversity gone?

Easier said than done. “Our ancestors first domesticated wild chickpeas about 10,000 years ago,” says Cook to Food Tank. “As the domestication process progressed, we have lost a tremendous amount of diversity…diversity that wild chickpeas originally had.” That makes it pretty hard to breed better crops.

Cook and his colleagues turned their attention to wild relatives of chickpeas in their quest to develop more drought-tolerant chickpeas. “Our modern cultivated chickpea, Cicer arietinum, has two relatives out in the wild: Cicer echinospermum and Cicer reticulatum,” says Cook. “These wild cousins are different species, but we can still cross them using pretty simple methods with our modern chickpea.”

Cicer reticulatum in particular is estimated to have at least 20 times the genetic diversity of the cultivated species, and therefore probably hosts a wealth of untapped characteristics that could add resilience to its tamer, less diverse counterpart.

Getting to know the relatives

Cook’s team first had to get better acquainted with the diversity of wild chickpea relatives: they collected hundreds of seeds in Turkey and conserved them in genebanks. But if you have a family reunion with 2,000 distant cousins you will struggle to know them all…unless they wear name tags. “Phenotyping! That’s how we get to know these relatives,” Cook says to Food Tank. “We grow the seeds under controlled conditions, observe their characteristics, and record the resulting data. Phenotype is just a fancy word for what a plant—or person, for that matter—looks like, and how it behaves.”

As the plants grew, Cook and his team described how they responded to drought. The observations helped them better understand how the wild chickpeas have developed different physiological strategies to respond to drought. But that’s not all.

“We were focused primarily on drought tolerance, but as we phenotyped the material we found a veritable candy store of traits that have potential agronomic value,” Cook says. “We found wild relatives with tolerance to heat, more effective nitrogen fixation, increased protein content, altered seed characteristics, resistance to major fungal and insect pests, and even tolerance to acid soils. This is a clear example of the wealth of traits that crop wild relatives can offer to breeders.”

The team is now using genetics and genomics to map the genes for these traits, which will help scientists shorten the time required in their breeding programs because it’s easier to read a plant’s DNA than to grow it out under different conditions for phenotyping.

Working with these crop wild relatives can be a thankless job at times. “But it is nonetheless a critical one, that will allow others to make use of the diversity locked-up in these scrawny little plants,” adds Benjamin Kilian, of the Bonn-based Crop Trust, which is supporting the chickpea work as part of the 10-year Crop Wild Relative Project, funded by the Government of Norway.

There’s little doubt that chickpea farmers will be sorely challenged by the extremes caused by climate change. But the work being done by the Crop Wild Relatives Project, including by partners like Cook and his team, shows that if we find a place at the dinner table for wild relatives, there will be enough hummus, chana masala, and farinata di ceci to go around. 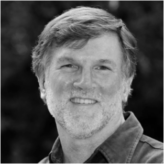 Michael Major is a science communicator at the Crop Trust, an independent, non-profit organization dedicated to conserving and making available crop diversity. Michael has worked for 35 years as an agricultural communicator in five continents. He holds a Master of Science degree in agricultural journalism from the University of Wisconsin-Madison and served as a US Peace Corps Volunteer in Costa Rica for two years.

To Have and to Throw: Tackling Indian Wedding Food Waste