Imagine you’re new to a community. But it is plagued by poverty, conflict, and oppression. Parts of your neighborhood are covered in trash, and abandoned homes are a common sight. There are no grocery stores or places to buy healthy food. But you’re an entrepreneur, and you come from a long line of farmers and land stewards. You and your family endeavor to bring hope to this new community, and to your own lives, by regenerating the land around your new home—by growing food.

This is just part of Aja Yasir’s story, a snapshot of where she is today as she fights for her urban farm. She can follow her agricultural roots way back. “My family has never skipped a generation of growing food. Unfortunately, many black people in this country can trace their family lineage to enslaved ancestors,” says Yasir. “But my grandparents grew food in Mississippi, and my parents grew up seeing that. When my family fled from violence, discrimination, and the Klan in Mississippi during the second great migration, they came to Chicago and planted again. And here I am, planting with my daughter and son in Gary, Indiana. This is just a huge part of who I am.”

For Yasir, growing food in urban spaces was never unusual. When she moved from Homewood, Illinois to Gary, she brought this with her. She and her husband purchased a home that was zoned residential and agricultural and quickly went to work. While her neighbors had green lawns, Yasir slowly converted hers to a regenerative urban farm. She protected and built the soil with woodchips, compost, and mineral-rich seaweed that she harvested herself from the canoe launch near her home. She planted food and medicine, watering it from rain collected on her property.

Yasir’s newly purchased home had been vacant for two decades. It had a bullet hole in the front window, a physical reminder of the neighborhood’s not-too-distant history. But she could see past this, could see the potential. In just a few years, life surrounded this home, supporting her family within.

But there were complaints. Why? Surprisingly, about the woodchips.

Yasir admits that regenerative agriculture takes time, and the woodchips will break down as they build and feed the soil. Other urban farms in Gary have woodchips, as do many other landscapes in the city. Gary’s Department of Environmental Affairs harassed Yasir and her family over this “debris” and blamed her for pests in other parts of the neighborhood that predated her garden by decades. She finds this attack on her lifestyle and her garden hard to understand when there are much bigger issues to address in her community. “I don’t know what’s going on here. I think it’s a matter of aesthetics—even the abandoned houses in Gary have traditional lawns—combined with a power issue. Some are using the word discrimination, but I don’t have proof. I just can’t believe we’re going to court over a garden in a community that doesn’t really have grocery stores.”

Yasir’s garden is a Certified Wildlife Habitat site with both the National Wildlife Federation and Indiana Wildlife Federation. It’s a registered Climate Victory Garden, committed to pulling carbon out of the air and storing it in soil to fight climate change. Her no-dig methods and chemical-free gardening support soil life. The garden feeds Yasir’s family and neighbors. It provides fertile learning grounds for her daughter’s homeschool classes. And, it’s therapy.

The same year Yasir closed on the house, she lost her three-week-old daughter to a rare genetic condition. The garden is named for her: Rose for Yaminah. Yasir speaks about her grief and the role of gardening, “As a parent who’s lost a child, it’s like my hands are empty. Especially because I lost an infant child, my hands are empty, and I just feel like I have to do something with my hands. I need to nurture something. That’s what gardening is to me. I can go out into my garden and be taken to another world. I’m able to meditate. I go into the soil. I’m able to smell the garden. It’s just a beautiful experience.”

The blight and oppression in Gary have affected Yasir’s mental health and likely also added stress to other residents in this poorly served community. She calls it overwhelming, again pointing to her garden as a sanctuary—a place that restores her sanity and represents life. Or, at least it used to. The city’s resistance to her woodchipped yard has added to her anxiety and depression. It’s made it more difficult to cope. She hardly sleeps.

Yasir goes to court on June 24, 2019, to defend the regenerative urban farm that surrounds her home. This garden is a big part of Yasir’s identity and her family’s day-to-day life. “I won’t back down. We all deserve access to healthy food, and if that access doesn’t exist, you have to create it for yourself. People have the power to do that. If I want certain foods, I’m going to grow them myself. I’m not going to eat flaming hot Cheetos just because that’s what the system is pushing on me,” says Yasir.

Yasir sees beyond her own yard and immediate neighborhood. She’s a visionary, committed to a brighter future for downtrodden Gary. “Especially because so much of this city is zoned agricultural, I think we could be a model city for the whole nation. A city that has risen up from the steel mill and all the toxicity and unemployment. There’s so much opportunity for us to become a culture of agriculture if only people are allowed to do it,” says Yasir. The outcome of the June hearing could set a precedent for the city, which receives agricultural grants but doesn’t seem to know how to support their citizen farmers. Then, maybe the energy that’s going into fighting woodchips can be redirected towards learning and accepting that the community can change and grow.

The battle over this one garden is at once so personal and also very public. Yasir talks about flowers in her yard as an indication of hope. She sits with her plants to lift her spirits. “Mental health is a stigma that no one wants to talk about. People see it as a weakness. It’s not,” says Yasir. “Many people aren’t surviving their mental illnesses. I’ll do whatever it takes. I’m here to do more than survive, I’m here to thrive, and I’ll fight the system for this if I have to—for me to thrive, for my descendants to thrive, and for my community to thrive.”

In October 2019, Yasir won her court case and was able to freely garden during the 2020 season. 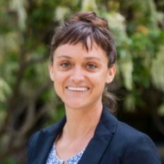