In the Brazilian Amazon, the world’s largest freshwater fish, once almost extinct, is thriving again. Thanks to the fishery management program, the Arapaima fish population grew by an average of 29 percent per year while increasing fisherfolk incomes by 25 percent per year. The results helped to change public policy in favor of sustainable fishing that protects families and the population of Arapaima.

As illegal fishing threatened Arapaima, the Brazilian Institute of the Environment and Renewable Natural Resources prohibited the commercial fishing of the species in the Brazilian Amazon in 1996. There, communities assisted a research institution, the Mamirauá Institute for Sustainable Development, to design the fishery management program—a population assessment method for the sustainable fishing of Arapaima.

According to Josivaldo Modesto, Head of the Mamirauá Institute’s Center for Sustainable Technological Innovation, traditional knowledge plays an important role in developing the program.  “The counting system, for example, is 100 percent based on traditional knowledge. It is only through this system, created with local communities, that we can justify the annual quotas for sustainable fishing,” Modesto tells Food Tank.

Researchers from the Mamirauá Institute helped calculate the maximum number of captured fish in each season without diminishing the animal’s population. Communities involved in the program can now fish 30 percent of counted adults every season, and fishing happens when the volume of rivers is low, from July to November.

In the early 2000s, the local government permitted, for the first time, the commercial fishing of Arapaima, if the fishing activities followed the sustainable methods the program proposed. “Fishing was banned for commercial purposes in the [Brazilian] state of Amazonas, and it is now possible. To get permission from authorities, we must have fishing agreements and formal community associations. This program has influenced public policy in favor of sustainable fishing for the benefit of communities,” Modesto explains to Food Tank.

According to Modesto, currently around 350 people from other communities in the Brazilian Amazon and neighboring countries participate in training each year, providing guidelines for counting, fishing, preparation, and price negotiation. Remaining challenges include infrastructure problems along the production chain and competing in the market.

To increase competitiveness, the Mamirauá Institute and the Brazilian Service for Small and Medium Enterprises initiated the process to register the Arapaima from the Mamirauá Region under a Geographic Indication—a certification used on products that possess qualities or a reputation due to a specific geographical origin. According to Modesto, the certification will potentially act as a market tool. “With a Geographic Indication comes the attention of investors, buyers, and the increase of the communities’ bargaining power to agree on a fair minimum price,” Modesto tells Food Tank.

Currently, 25,000 fisherfolk are part of the association that will manage the Geographic Indication of the Arapaima. The benefits, however, will reach virtually all communities in the region. “By solving logistical and other problems in the production chain, the potential of the region will be unlocked,” Modesto explains. “Last year, for example, communities only obtained half the amount allowed because of difficulties to reach the market, this is our main bottleneck.”

To Modesto, the efforts are worth it. “When you buy something with a Geographic Indication, you are not just buying a product: you are buying a story, and ours come with a lot of paradigm shifts and struggles…” Modesto tells Food Tank. “People [should] try to honor and appreciate the origin of what we buy and eat, because there is much more than we can see behind these products.” 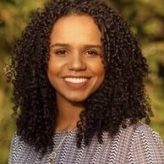 Medically Tailored Meals Need to Be Part of Healthcare