On “Food Talk with Dani Nierenberg,” Bruce Friedrich, Executive Director at The Good Food Institute (GFI), talks about meeting meat-eaters in the middle—with meat-like or environmentally-friendly options to replace some of their daily diet choices. “There is something about eating… that people will vote in the right way—but when people are actually in the grocery store, they’re in the restaurant, they’re continuing to buy meat,” says Friedrich. “Most people just aren’t going to change unless we make it easy for them.”

With clean meat and meat-like, plant-based alternatives, Friedrich believes food innovators can engage not only eaters, but also producers in the transformation towards more efficient food production. GFI’s Good Food Scorecard—which ranks top chain restaurants for plant-based options—found that half of the restaurants did not have any plant-based options, with even french fries cooked in lard. While Friedrich called the experience dispiriting, he notes “this has given us an opportunity to meet with people at these restaurants and educate them about some of the options they can add to their menus,” says Friedrich.

Initially predicting hostility from the largest meat producers, Friedrich notes that producers like Tyson Foods, Perdue Farms, and JBS are excited to identify ways they can offer options to families with vegan or sustainable diets. “They are enthusiastic about better understanding the science of using plant protein to bio-mimic meat,” says Friedrich.

And while the clean meat industry gains more prevalence in the news, Friedrich admits that the industry’s share in investment for research and development is slim. According to Friedrich, in history less than 75 million dollars has supported cell-based meat. “It feels like a lot of money because it is a lot more money than it was five years ago, when it was essentially nothing. But considering the industry we’re seeking to replace, it’s actually vanishing little money,” says Friedrich. Friedrich founded New Crop Capital, a US$25 million venture capital fund that provides funding to companies promoting alternatives to animal agriculture and producing plant-based and cultured alternatives to meat and dairy. “I have been so gratified by the relationships we have been able to build,” says Friedrich. 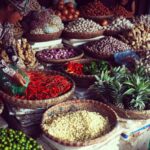 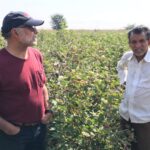